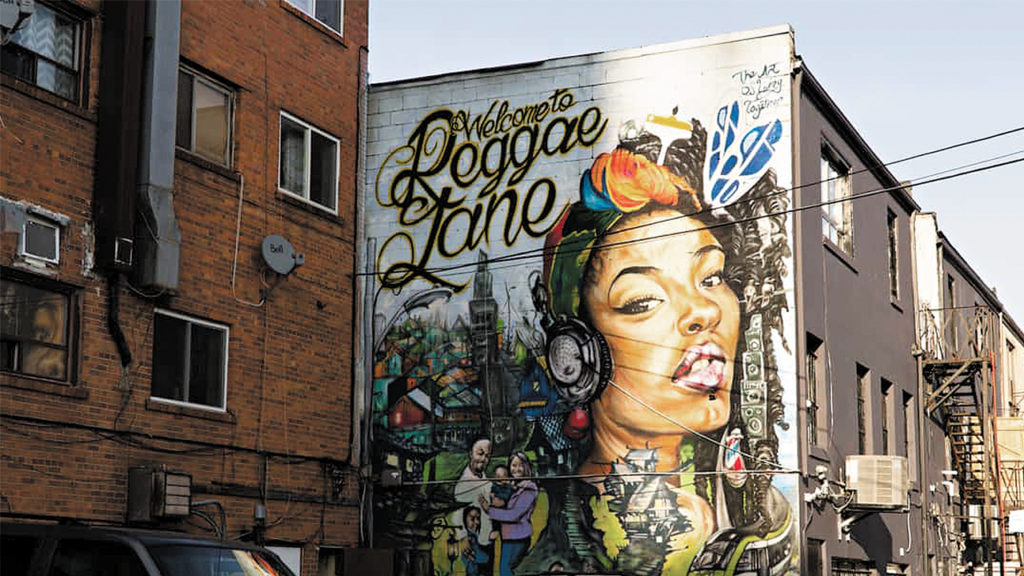 The preservation of culture and identity is important to many business owners and residents in Little Jamaica. But some say that a development plan the city has in mind might not be the right solution.

The plan refers to the Eglinton West corridor, a culturally significant hub for many immigrants of Caribbean and African descent. The community, nicknamed Little Jamaica, is known for Black-owned businesses like restaurants and barber shops.

Those in the area have called upon the city to recognize its important cultural heritage.

Based on two separate motions, the city has initiated a development plan that will protect Jamaican-Caribbean identity, enhance tourism, and conserve and commemorate places of importance around the area — amongst other things.

As per a press release, the city of Toronto hopes to work with the Cultural District Plan to:

• Develop a plan for the neighbourhood, using an equity lens, that protects its Jamaican-Caribbean identity and enhances business and tourism;

• Support the area’s Black-owned and operated businesses on their stabilization, reopening, recovery and rebuilding strategy;

• Acknowledge and celebrate the area’s Jamaican-Caribbean heritage and presence by commemorating local histories, and by conserving places of importance to local communities;

• Guide future growth and transit development to support the cultural district and commercial retail businesses on the main streets.

The city also plans on working with the FedDev Ontario program to pour a $1 million investment to revitalize the community, in collaboration with the Black Business and Professional Association.

Last week, the city held two open houses to answer questions from the community and to receive insight and input.

One business owner, Martin Jeffrey of Pure Vibes Barbershop, thinks the most important aspect of Little Jamaica’s revitalization should be properly labelling the area.

He said every culture has its own designated cultural hub: Little Italy, Greektown, and Little Portugal. But he believes Little Jamaica needs to be better recognized on a map.

“That’s just the top baseline of actually having a community that is known for Caribbean descendants that migrated to Toronto and reside here,” he said. “There’s no identification that says this is Little Jamaica,” he said. “How long is it going to take you guys to label the area, or identify the area, as it is?”

The city maintains that one prime goal of its development plan is to enhance tourism in the area and preserve the cultural importance that Little Jamaica has to offer.

Josh Matlow, a city of Toronto councillor who is helping create the framework to protect the area, has been heavily involved with the project as his constituency includes Little Jamaica.

His planning and policy advisor, Jasmine Mohamed, indicates that the business community in Little Jamaica will be impacted for the better — noting it will bring investments into the community.

As part of the city’s plan, Mohamed noted that many artistic elements of Little Jamaica will be further revitalized.

One example is The Nia Centre for the Arts, Canada’s first Black arts museum, which will be situated in Little Jamaica, which will help those aspects more.

She said they hope these investments will attract more people to an area of the city where they can learn more about Caribbean and Jamaican culture.

However, Mohamed does think that there will have to be a lot of investments targeted towards businesses in Little Jamaica.

“Because of the changes that are coming to the community, the rent value is going to sky-rocket and it’s already becoming unaffordable for businesses — and they’ve had to shut their doors,” she said. “The city has tried to work with Metrolinx to get them funds to help some of these businesses survive. But I think it’s going to have to be an effort between the city and Metrolinx to have some opportunities for these businesses to come back.”

She said they hope the plan will allow those businesses to make a comeback.

However, other business owners agree with Jeffrey — stating that the Cultural District Plan presents itself as a “publicity stunt.”

James Gregg, the founder of Carib21, said the move is not a “genuine effort,” on the city’s part.

“That’s a drop in the bucket, in the first place,” Gregg said about the $1 million investment laid out in the plan.

Gregg said other ideas would work better to enhance businesses in Little Jamaica.

One example is handing out grants to separate businesses based on what they need, he said.

“Politicians, they get paid to think outside the box and come up with solutions,” Gregg said.

Gregg, who’s been working in the area for six years, said a plan to preserve it is needed — especially in a diverse city like Toronto.

“It’s worth preserving,” he said.