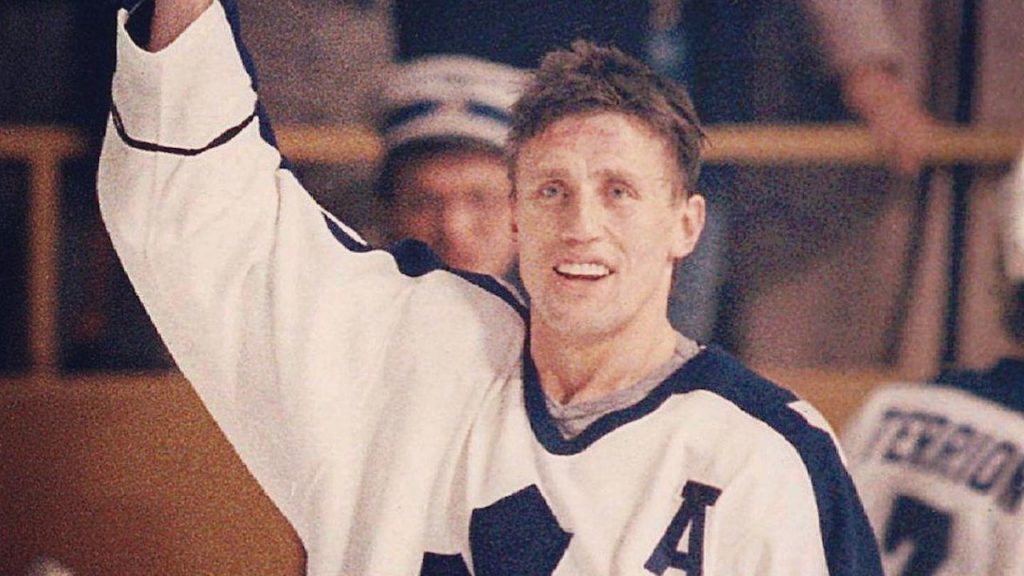 One of the greats of hockey has died. Toronto Maple Leafs fans are in mourning today with the news that Börje Salming passed away at the age of 71 after a battle with ALS, also known as Lou Gehrig’s Disease.

Salming played 16 seasons with the Toronto Maple Leafs from 1973 to 1989. He was recently honoured at a game at Scotiabank Arena with his friend and fellow Leafs alumnus Darryl Sittler at his side.

A beautiful and well-deserved moment for Borje Salming, as the @MapleLeafs honoured him prior to tonight’s game against Vancouver. pic.twitter.com/lV5Z7oOu4N

“The Toronto Maple Leafs mourn the loss of Börje Salming. Börje was a pioneer of the game and an icon with an unbreakable spirit and unquestioned toughness,” wrote Brendan Shanahan, Maple Leaf’s president and alternate governor. “He helped open the door for Europeans in the NHL and defined himself through his play on the ice and through his contributions to the community.”

Honours from Torontonians and hockey fans around the world started rolling in on social media with word of the news, including a few fond memories for the likes of Toronto author, musician, and serious hockey fan Dave Bidini and many more. There was also a call to fast track named a Toronto street after the hockey legend, which makes a lot of sense.

In 1986, we were busking outside the Bamboo when Borje Salming walked out. We stopped him, played ‘BOWendelC’ for him. He stood, listened and when we were done he took out a roll of bills from pocket. Looking at our empty case, then at us, he asked: ‘How much do u need?’ RIP King

As a kid I literally bumped into Borje Salming coming out of a convenience store once. I’ll never forget because a) it’s not every day you come face-to-face with one of your favorite athletes, & b) he was the coolest, fittest, most invincible-seeming human I’d ever encountered 1/

Salming is survived by his wife Pia and their children Theresa, Anders, Rasmus, Bianca, Lisa, and Sara.

RIP Börje Salming, and thanks for the memories.