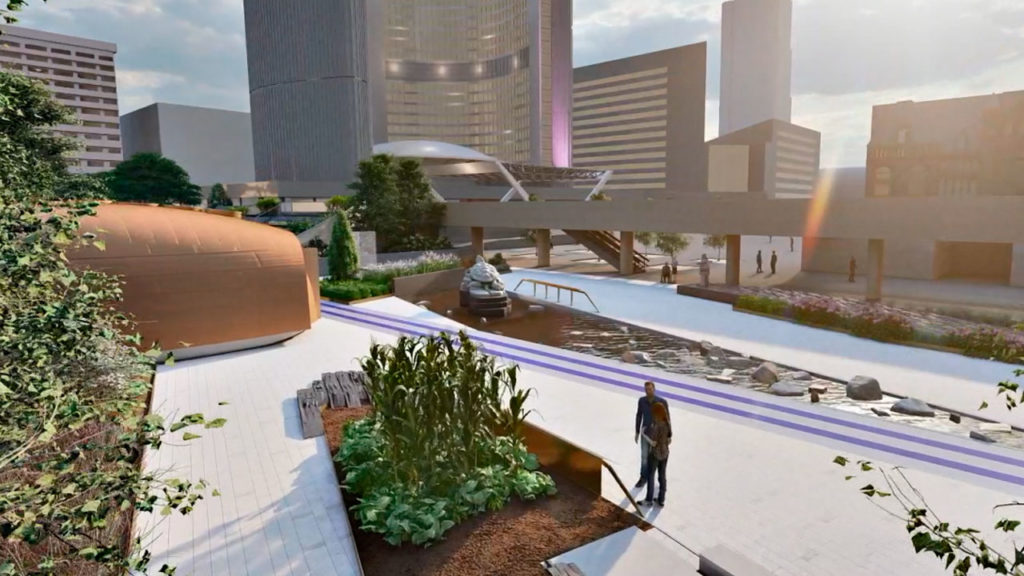 The city of Toronto will be home to a new Indigenous spirit garden to be located at city hall.

Construction for the spirit garden, which comes with a $2 million budget, is slated to begin this fall and will honour Canada’s residential school survivors.

Located at the southwest corner of Nathan Phillips Square, the design includes a two-metre sculpture of a turtle that will bear the names of the residential schools that operated in Ontario. The turtle, surrounded by water, faces city hall in a symbolic gesture of resilience and strength.

According to a city of Toronto press release, residential schools operated in Canada for more than 160 years and were federally funded and church-run. First Nations, Métis and Inuit children were removed from their families and communities, put into these schools and forced to abandon their traditions, cultural practices and languages in order to assimilate them.

The city partnered with T0ronto Council Fire Native Culture Centre on the project. The group approached the city in 2018 with the idea of creating a peaceful, contemplative space “to help advance reconciliation between Indigenous and non-Indigenous peoples in Toronto.”

A Three Sisters garden, with corn, beans, and squash, will symbolize unity and the need to work together, in addition to a voyageur canoe and an inukshuk, all elements that honour Indigenous cultures including First Nations, Métis, and Inuit.

There will also be a teaching lodge and an amphitheatre that will offer a variety of public programs once it opens in 2023.