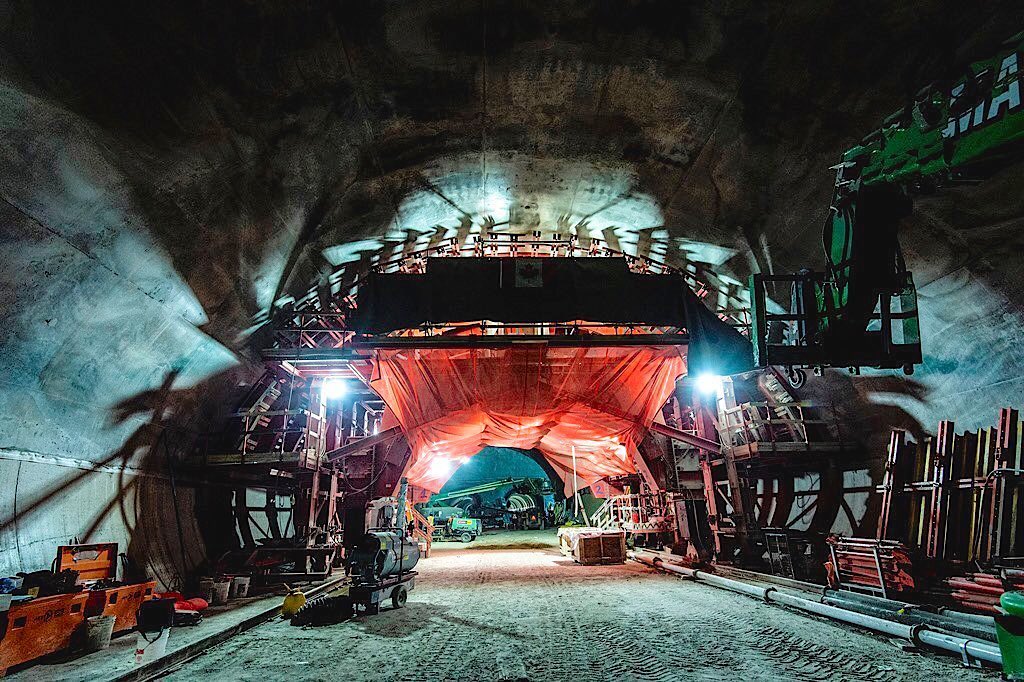 A midtown Toronto city councillor is once again voicing his frustration with the ongoing delays plaguing construction of the Eglinton Crosstown LRT, saying the provincial agency responsible for the project, Metrolinx, needs to do more for local residents and businesses.

“Years of delays, along with a lack of a plan to substantially mitigate the impact of construction on the communities — including financial support to the businesses themselves — has made it so that the new transit is the dream, but the construction has been a nightmare,” Josh Matlow, who represents Ward 12, told Post City.

Matlow is taking aim at Ontario transit agency Metrolinx as its most recent deadline to complete the 19-kilometre light rail transit line by the year’s end fast approaches — and with seemingly no quick end of construction in sight.

Work on the 25-stop Eglinton Avenue LRT, which will run as far west as Mount Dennis and connect to Kennedy Station in the east, began in the summer of 2011. It was initially supposed to wrap up in 2020. However, challenges — including the discovery of a concrete defect and a legal dispute between Metrolinx and contractor Crosslinx Transit Solutions — have led to repeated delays and headaches.

Metrolinx now aims to release an updated construction schedule “before the end of the month,” a spokesperson for the transit agency told Post City via email. “Significant progress has been made on the Eglinton Crosstown LRT and Metrolinx continues to work with Crosslinx Transit Solutions on the completion of this project.”

For businesses along Eglinton, construction over the years has meant less foot traffic and parking spots and construction hoarding that blocks storefronts.

“It’s a lot,” said Maureen Sirois, chair of the Eglinton Way BIA, describing the impacts that construction is having on the business community. “Accessibility, visibility, parking — these are the things that impact [businesses] depending on where you’re sitting within the construction zone.”

Because of these issues, Sirois agreed with Matlow that financial compensation from the province is in order. “Businesses along Eglinton were asked to bear the burden of construction for the greater good so that we would all benefit from transit eventually,” Matlow added.

The Ministry of Transportation said in an email statement to Post City that the province and Metrolinx “are working closely with communities, including local businesses and residents impacted by the construction of provincial transit projects.”

Ontario’s transportation ministry also says that Metrolinx has dedicated funding to help businesses out. “Metrolinx continues to provide ongoing support to businesses through marketing initiatives such as ‘Experience Eglinton’ and Shop Local campaigns,” reads the statement. “To date, the government has allotted $3 million in additional business supports and expects Metrolinx to continue to work closely with the City of Toronto and local Business Improvement Area’s to continue to flow these funds to businesses who need them.”

Both businesses and residents have complained about non-stop noise, and bumper-to-bumper traffic around Yonge and Eglinton has pushed more motorists onto normally quiet residential streets. “There are neighbourhoods that have become literally dysfunctional and at times unsafe,” said Matlow.

Along with Metrolinx and the province, the city should do more to manage traffic, including by putting up signs with detour routes and working with Toronto police on enforcement, Matlow added.

In an email statement, the city stated it is “aware of and sympathetic to the frustration of local residents and businesses near the Eglinton Crosstown LRT construction” and has taken steps to address traffic problems.

“The Eglinton Crosstown LRT is [a] complex construction project that has required real-time traffic management solutions that have been identified, piloted and installed as quickly as possible to keep traffic moving,” wrote a spokesperson for the city.

One such solution is an “on-the-ground” coordinator who liaises with contractors, enforcement, and neighbourhood stakeholders to address concerns. “Staff also continue to monitor traffic in the area and are adjusting signal timings, signage and traffic flow as local roads begin to re-open and traffic volumes increase in the area,” the statement continued.

What Matlow has seen unfold in midtown doesn’t just leave him concerned for his community today. He’s also worried about how future infrastructure projects may affect other neighbourhoods as well, given construction on Metrolinx’s Ontario Line subway is set to ramp up.

“Our experience is that Metrolinx has treated both local residents and small businesses as collateral damage,” he said. “They treat communities as mere construction zones, and that’s not good enough.”