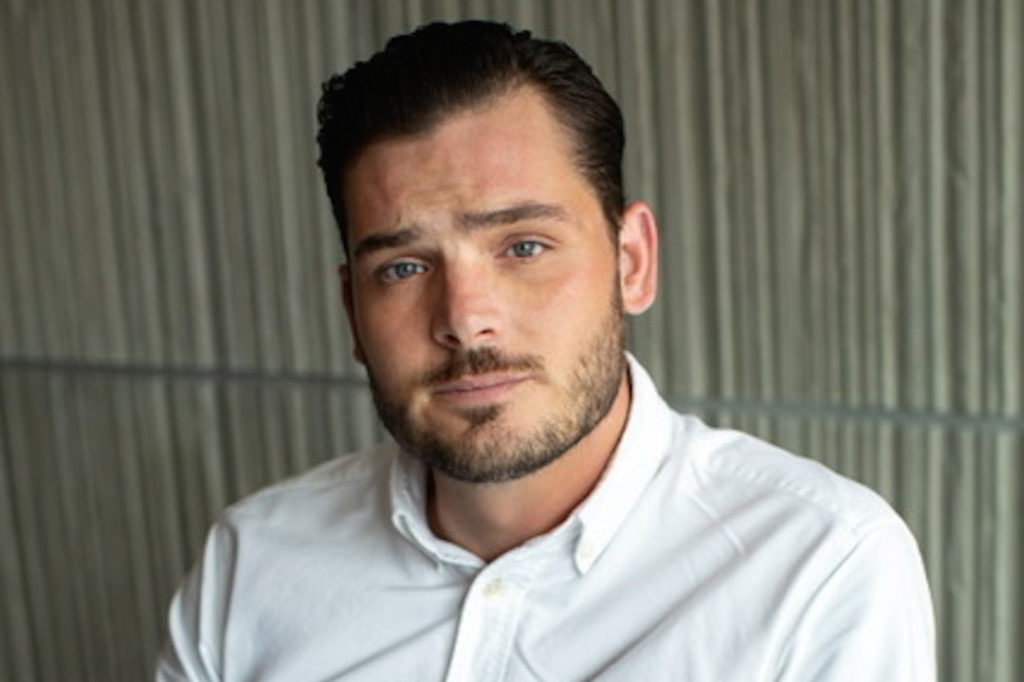 Writing about food for Post City has brought me inside Toronto’s best restaurants and arm’s length from the city’s greatest, most acclaimed chefs: Patrick Kriss at Alo, Keith Froggett at Scaramouche and Susur Lee at Lee, just for starters. So when Rob Rossi insisted on my having a meal at Giulietta, his buzzy College Street Italian food joint that’s a sister spot of Giulia, which last month won a Michelin star, I was hopeful but caught completely unaware of just how good it really is. Rossi says that he loves watching from the wings when his customers take their first nibbles, that eating is like listening to music, and our response is visceral — you immediately know if you like what you’re eating.

Rossi wasn’t working the pass when I dined, although he’s almost always at his restaurants. However, his food — the sweet and tangy tortelli di zucca; the charred, tender polpo e fagioli, augmented by dense cannellini beans; and brodetto di pesce, a stew rich with prawns and clams— created audible gasps: his regional, classic Italian dishes were out of this world.


“I didn’t anticipate us getting a Michelin, but we always try ridiculously hard to ensure we have the best ingredients for our guests,” says Rossi, 39, introduced to Canadian diners from his multiple appearances on Top Chef Canada but increasingly becoming an A-list restaurateur. “I’m not cooking on the line every night, but I call the line and design the food and believe in Italian cooking — especially taking old ideas and making them new again.”

The ideas are paying dividends both at Giulietta and Giulia, which is upscale and on Avenue Road and will host a special seven-course tasting menu for the holidays.

Rossi, who has bicep tattoos, a three-year-old daughter and a friendly, engaging manner — his enthusiasm flows like the cocktails at Giulietta, which makes a fall Friday evening feel like a bustling trattoria at midnight in Rome — seems to be hitting his stride. He says he has an idea for a third restaurant, alongside his partner David Minicucci, and that dining in Toronto and the sophistication of his customers has made his work more engaging and fun.

“Ten years ago in Toronto, I could’ve been an amazing chef and I’d never have gotten a Michelin star because the city wasn’t as evolved,” says Rossi, who went from washing dishes at his local Pizza Hut in Barrie to working for his uncle on the Danforth to stints in Calgary and Vancouver kitchens before opening Bestellen on College Street, where Guilietta now sits.

“The energy in Toronto feels incredible, and the Michelin Guide just gives Canada more clout, but frankly all of Canada has great food, and the way we’re underrated is, truthfully, pathetic.”

Certainly no longer underrated, Rossi realises that with the Michelin star comes pressure. Will his team relax and rest on their laurels? Rossi, for his part, insists, much like how he wanted a reporter to sample his dishes,that simple plates made from the best ingredients will always drive his business. The restaurant in Yorkville was a leap, he says, and the neighbourhood carries preconceived notions: can you do daring Italian north of Bloor Street? Rossi believes that you can, and the way he opened an Italian restaurant six blocks from Café Diplomatico in Little Italy that barely uses tomatoes, he also introduced interesting Italian concepts uptown.

“I’ve heard juvenile stuff over the years, that people in a certain area only eat certain things, but that doesn’t make sense to me —people like good things no matter where they are,” he says, adding that he picks up his influences from all over the world, from his grandmother’s vegetable farm in Germany to the coolest of-the-moment restaurants in Milan. “My approach to cooking is first and foremost not to knock the soul out of stuff. If I’m in Yorkville or College Street or anywhere in the world, the job is the same: source the best ingredients, treat your staff well and then work very hard not to mess everything up.”


As the Toronto restaurant scene continues heating up in the wake of the Michelin stars and the attendant attention, chefs like Rob Rossi are pushing taste boundaries as they expand their footprint across the city, from Forest Hill to downtown. While the world takes notice of their work — like this reporter did the other night at Giulietta, smiling from ear to ear with each astonished bite — Rossi says he’s going to keep his priorities in check, sourcing ingredients, not chasing acclaim and trying to please his growing phalanx of curious diners.

“When I was younger and working in restaurants, even fromt he youngest age, I always wanted to be the boss,” Rossi says.“There’s so much going on — so much precision and commotion— but I could see the end goal,even as a kid, so clearly: you have to source quality ingredients and make people happy. Do that, I think, everything else falls into place.”