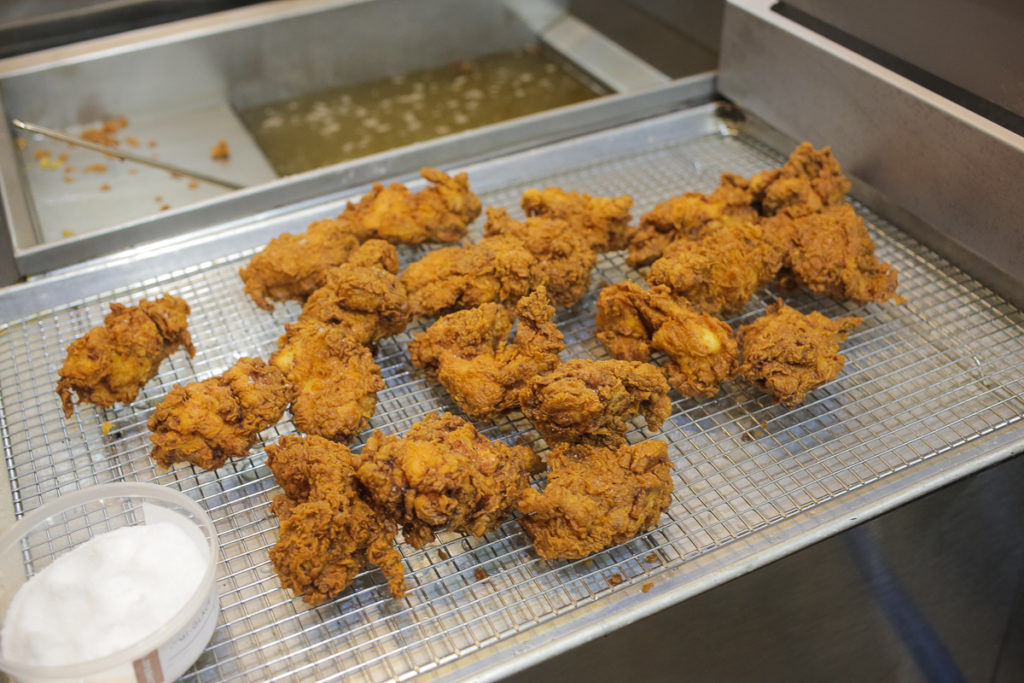 A few weeks back we covered Brandon Olsen’s (ex-Bar Isabel) plans to open a chocolates and confections shop in the new year. In the meantime, Olsen is operating a popup chicken “shack.”

He announced last week via social media that he'll be temporarily taking over the former Ali Baba's shawarma shop at 610 College St. The tiny space is next door to the Royal Cinema. The landlord and Olsen got to talking, and a deal was struck to set up a two-week popup in the vacant space. Olsen's fried chicken has a cult following in the city. He uses a recipe that is the same as the one from Thomas Keller's Ad Hoc at Home cookbook, which he helped develop during his time at Keller's restaurant. The chicken is brined for at least eight hours with bay leaves, lemons, pepper and garlic.

It was on the menu at Bar Isabel, and the chef estimates that they apparenlty went through 20,000 orders of the fried chicken in a year. Olsen was one of the vendors at the recent Cask Days festival where he fried over 1,100 pounds of bird in two days.

“The chicken shack idea is on the way, we'll find a place soon,” Olsen says. In the meantime he's frying up batches of chicken on College. You can order a plate (2 pieces for $7) or get the fried chicken in sandwich form ($5). Olsen serves the chicken with house-made slaw, buttermilk sauce, and Frank's Red Hot sauce.