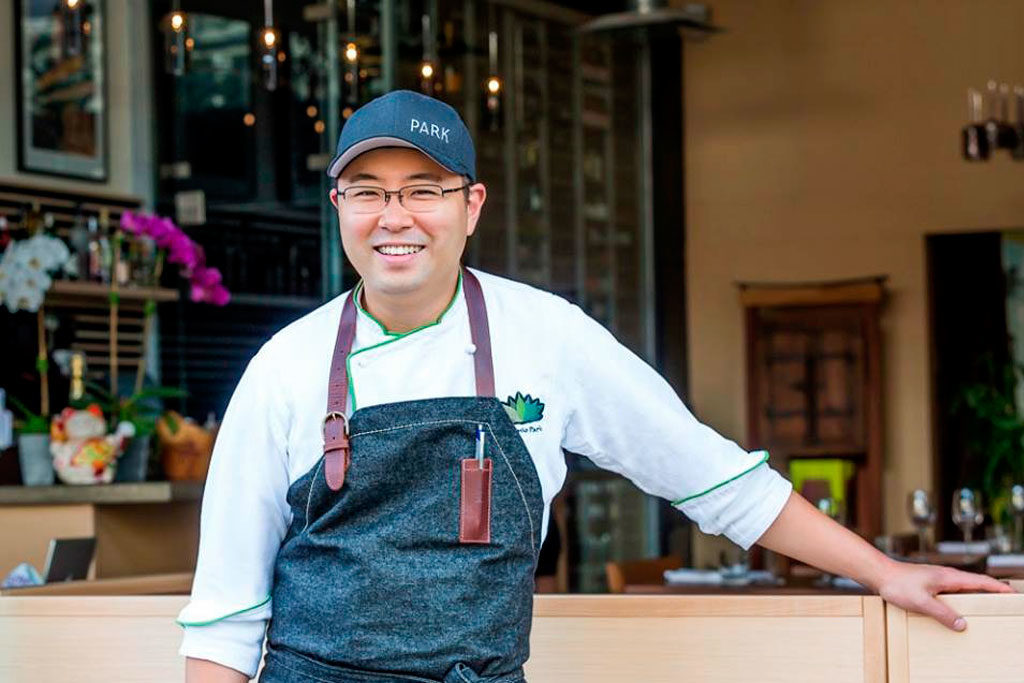 It’s safe to say that whatever Drake does, well, it turns to gold. Records? Check. Music fest? Check. Clothing label? Check. Nickname for Toronto? Check. So when news emerged that the city’s number one ambassador was in on a new resto — Pick 6ix — well, folks got pretty keyed up. But the thing about celeb-driven restaurants is that the kitchens need to actually pull their weight. Enter chef Antonio Park.

Chef Park is a celebrity in his own right. Both executive chef and Pick 6ix co-owner, along with Aubrey “Drake” Graham head of security Nessel “Chubbs” Beezer (Drake is affiliated, but not a co-owner), Park is a Montreal legend whose culinary roots dig deep into South American and Korean cooking. Park is all over Montreal’s culinary map, owning an eponymous restaurant in the chi-chi Westmount nabe, in addition to seven other establishments in town. But for Pick 6ix, found at 33 Yonge St., chef Park has uprooted himself part-time to come to Toronto to prep the menu, train the kitchen staff and, at least 50 per cent of the time, actually make the food.

So how did this heavenly matchup even come about?

“Drake and I got to know each other through friends,” says Park.  “He’s a great guy, super famous and all of that but also cool and down-to-earth and obviously really successful.”

“It’s fun to work with him:  high energy, and you couldn’t ask for a better partner,” says Park, noting Drake naturally brings in plenty of attention, not to mention a taste for greatness on the plate. “He actually has a really good palate,” Park says of the star.

“Still, at the end of the day, it’s the food at Pick 6ix that has me excited,” Park adds. “I finally have a chance to show Toronto what I’ve got.”

What chef Park has got is a colourful background that helps elevate his cooking into a league of its own. Born in Seoul to Korean parents and raised in both Argentina and Brazil, the budding chef grew up cooking beside his mom. She often cooked “family lunches” for 100 employees at the Buenos Aires warehouse where his parents’ company Lavenderia made acid-washed jeans. He fell in love with cooking while watching and helping his mother work.

“Back then, it was very cheap labour, but I remember those times as happy,” says Park, “I’m not talking about high-end gastronomy. I’m talking about food for the soul.”

He cooked at his mother’s arm, sometimes peeling 100 cloves of garlic, sometimes chopping 200 onions. Eventually the Park family moved to Montreal, and later Park did his culinary training in Japan, but South American cuisine had more than made its mark.

“Grilled fish, empanadas, chimichurri sauce slathered on all our grilled meat. For us — my father’s not here anymore, but my mother still is — this isn’t just food. This is a way of life.”

That way of life has brought Park acclaim quickly, and his celebrity fans include everyone from Katy Perry to Massimo Bottura. In Montreal, Park’s best friend was hockey great P.K. Subban, who would eat at Park resto twice a day, every day. Today, Subban plays on the Nashville Predators, and Park goes to visit him at least once a month, bringing his buddy easy-to-prep meals.

“[Drake’s] a great guy, super famous and all of that but also cool and down-to-earth and obviously really successful.”

“Can you imagine eating at the same place every day and not missing a meal?” asks Park.

“The two of us really get on, and now, when I’m in Nashville, I make him vacuum-packed soups,” says Park. “The guy eats so much that each soup gets an entire cornish hen!”

Cornish hen may or may not appear on the Pick 6ix menu, but Park promises things like grilled octopus salad, wagyu tataki and sashimi. There will be Kobe beef. Park is the first chef in the country certified to sell the real stuff. He’ll also serve dishes that showcase his unique blend of Japanese, Korean and South American food, and he paints quite the picture of the fare.

“Close your eyes and imagine on your taste buds a beautiful Japanese Kobe grilled steak that’s crusty on one side, and medium rare — almost blue — then seared with a sashimi torch, braised with a Canadian maple syrup soy sauce and all of that topped with a chimichurri sauce,” says Park. “No one in Toronto, no one in the world,  is making this kind of food!”

Park is excited, as he should be. Prior to officially opening (they’re gunning for mid-February), Pick 6ix has already hosted Drake on two occasions, with LeBron James, Dwyane Wade and Kevin Durant popping by. A casual champagne wall, private VIP entrance and plenty of Rémy Martin Louis XIII cognac are some of the 178-seat resto’s wow-factor features, as well as a 100-person patio that will be a hot ticket. Oh, and there will be TVs; after all, it’s a sports bar. Lunch and dinner will be served, with a meal costing around $50. It goes without saying that Pick 6ix is poised to hit the city like a new song by Drake.

But don’t get Park started on celebrity. Even though he’s a judge on the hit show Chopped Canada and a friend of Jennifer Lopez, Park says he isn’t in it for the Instagram snaps. For chef, Pick 6ix is all about bringing his personal brand of soul food to Toronto and celebrating the diverse roots of his culinary life.

“Drake’s a big personality, and I know big personalities. I hope the attention and his connections will allow me to grow,” says Park.

“However, I’m a chef. What I do is cooking, and that’s what I love,” he says. “When the superstars come into the restaurant, I’m in the kitchen. And yeah, I’ll come out for a photograph. But that’s not me. I’m me when I’m behind the stove.”