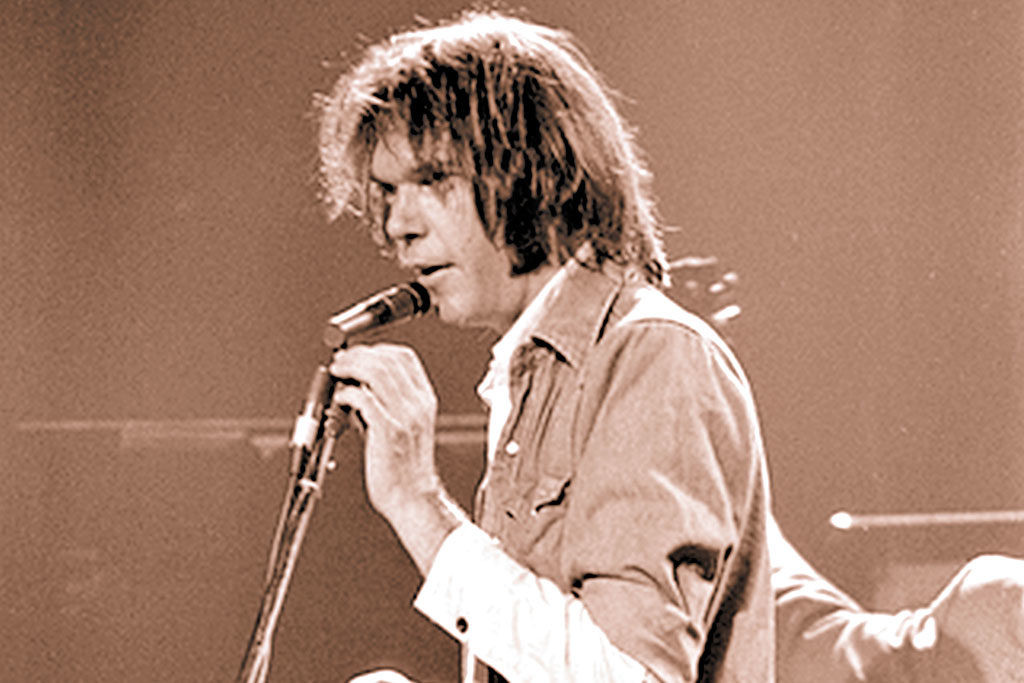 On Jan. 19, 1971, music icon Neil Young strode onto the stage at Massey Hall for the Toronto installment of his Journey Through the Past Solo Tour. The solo acoustic performance was captured for the live album released in March 2007 dubbed, appropriately enough, Live at Massey Hall 1971. The album was a critical smash hit. It’s just one of Young’s memorable Toronto moments.

Upon the anniversary of this magical Toronto performance, we are reminded of a short piece another Toronto music legend, Dave Bidini of Rheostatics fame, wrote for our music issue back in 2011, celebrating this musical giant.

We thought you’d enjoy giving it another read, so here it is:

Neil Young lived in Toronto for a short time. He came out of the northwest then departed soon after for the south. If Toronto was the cheese in his sandwich, California was his meat, and Manitoba his bread. Still, the city left deep impressions: endless subway rides, the clubs and rabble of Yorkville, old Yonge Street movie theatres, endless nights in crummy apartments dreaming of home, smoking hash in long dark alleyways and music, music, music.

Then, he returned to play Maple Leaf Gardens and, more famously, Massey Hall in 1971. While Neil is considered a citizen of many places — Omemee, Winnipeg, Calfornia — his most recent engagement at the old Toronto hall was shot by director Jonathan Demme for the third film in his cinematic trilogy about the musician. This supports the notion of the city looming large in the history of Neil’s music and his experiences as a performer.

When I think of Neil and Toronto, I remember being at a friend’s house when Neil performed “Keep on Rockin’ in the Free World” on Saturday Night Live, one of the greatest moments in rock ’n’ roll television. Before the broadcast, my friends and I spent the evening watching the Leafs play Gretzky’s Los Angeles Kings. The Leafs won that night, a great resounding victory, 8-5. We were over the moon with the result, and the promise of Neil Young would complete the evening.

Just before midnight, he ambled on stage and started the song. The band played feverishly, as if they were being thrown across the deck of a vessel tossed at sea. As the song surged towards its final chord swell — Neil’s face pinched as his hands raced up the neck — the singer turned to face drummer Steve Jordan. Staring back at us on the raggedy ass of Neil’s old jeans was a Toronto Maple Leafs patch circa 1967. We pointed, jaws- stretched, at the crest. That was our city. And there: there was our songwriter.