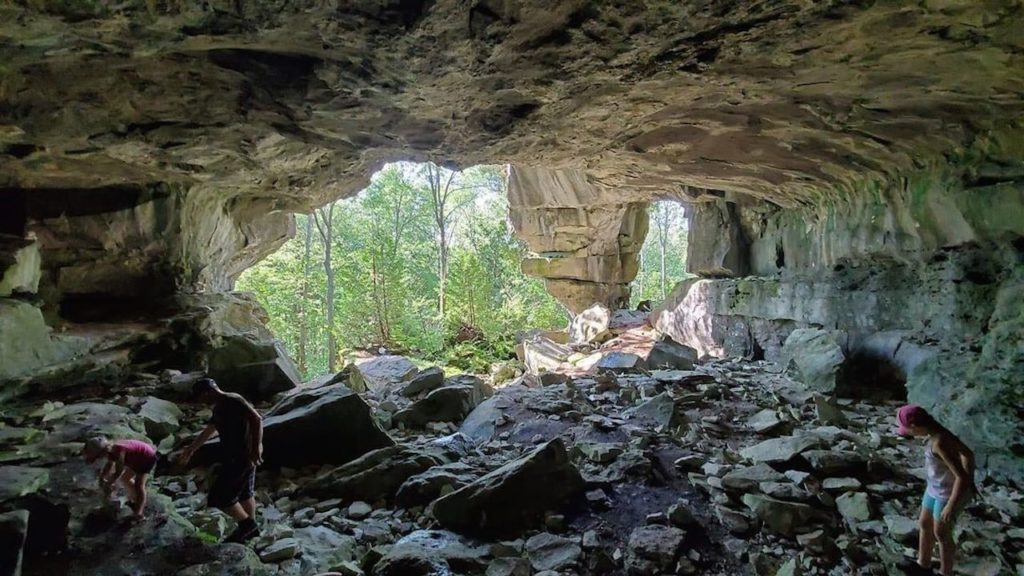 If you’re looking for an adventure that’s a bit off-the-beaten-path, there are some pretty impressive caves you can explore that are within a few hours of Toronto. Whether you’re a serious caver or an amateur spelunker looking to venture underground for the first time — and you’re not claustrophobic, afraid of the dark, or have a fear of creepy crawlies or bats — you won’t have to travel too far from the city to find an accessible cavern to take in some breathtaking underground scenery.


Descend 70 feet below the surface at this Blue Mountain escape located two hours north of Toronto near Collingwood. Once  home to the Petun First Nations people and situated within one of Canada’s 20 UNESCO sites, here you can explore a labyrinth of caverns surrounded by an enchanted forest that’s nearly 200 years old.


Just two-and-a-half-hours east of Toronto, you’ll find Hell Holes Nature Trails where you can descend 7.5 metres down a steep metal ladder into a literal hole in the ground. Known as being quite roomy and spacious (for a cave), this cavern is also known to be pretty dark, so make sure to pack a flashlight for your exploration.


A beginner-level underground adventure awaits at Belleville’s Tyendinaga Cavern & Caves. A great introduction to spelunking, the cavern is the largest in Ontario. The owners offer a 45-minute guided tour where you’ll get an up-close view of fossils that date back to 450 million years ago, and get to toss a coin into the crystal blue waters of the underground “wishing well.”


With a whopping seven epic caves to explore, you can spend an entire day at Warsaw Caves located 30 minutes outside of Peterborough. Formed thousands of years ago at the end of the last ice age by a rushing of melt waters of a glacier that covered Ontario, the caves are situated on a 500-acre conservation area and tally up to approximately 400 meters of underground tunnels.


Ten natural limestone caverns await at Greig’s Caves located north of Owen Sound along the Bruce Peninsula, three hours North of Toronto. These caves were formed more than 7,000 years ago, and while they were once at water level, they are now situated 250 feet above Georgian Bay.  Fun fact: some of the scenes from the 80s film, Quest for Fire were filmed on location here.