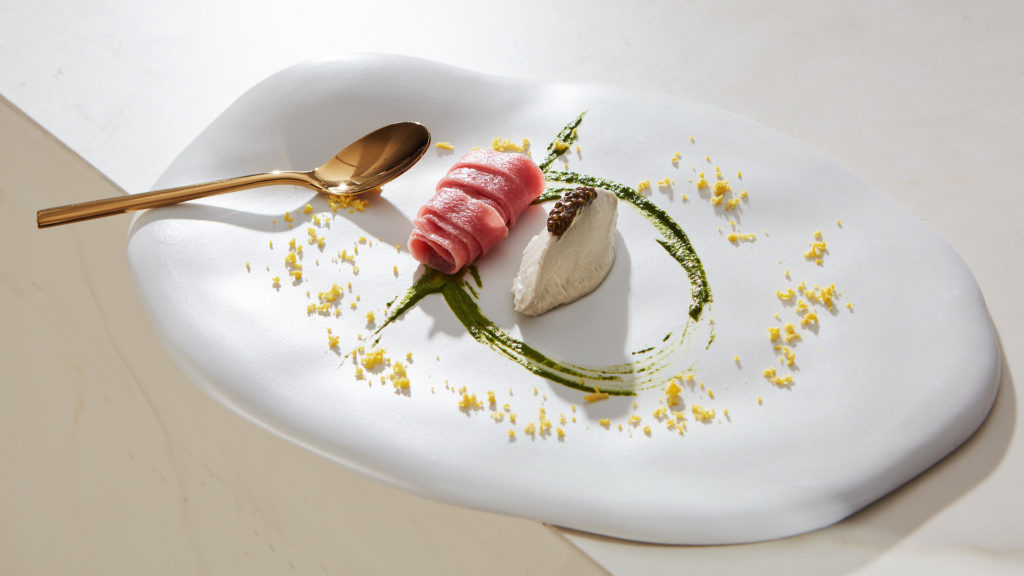 Don Alfonso 1890, one of Toronto’s most acclaimed fine dining restaurants, is preparing for a glamorous return to the city this month featuring the Michelin cuisine of Alfonso and Ernesto Iaccarino.

The restaurant wowed the city when it opened downtown on Toronto Street bringing with it a revered Michelin-starred chef from Italy and a world-class tasting menu.

The Toronto Street space was permanently closed due to the COVID-19 pandemic, but Nick Di Donato of Liberty Entertainment Group knows he has something special and unique to the city in Don Alfonso 1890 and is bringing it back as a pop-up at Casa Loma until a new permanent location can be found.

“Casa Loma is one of the iconic venues in Toronto,” Di Donato says. “And since we’re looking for a temporary location till we have a permanent spot for Don Alfonso, we felt that the Casa Loma conservatory, which is one of the most spectacular rooms in all of the castle, would be so appropriate to be able to host the Alfonso dinners.”

Currently, reservations are open starting July 21 and the plan is to run the pop-up Don Alfonso dinners until November. With current health regulations, the capacity of the restaurant is set at 60.

The conservatory, constructed in 1914, with its stunning McCausland stained-glass dome ceiling and arched windows is one of the most iconic in Casa Loma and has served as the perfect backdrop to many illustrious weddings. Since large events were not possible at this time, according to Di Donato, the opportunity presented itself to keep the Don Alfonso 1890 brand alive.

“We are committed to the Don Alfonso brand, it is one of the best restaurants in the world,” he says. “We were extremely successful at what we were doing in a very short time.”

Don Alfonso landed in the city following Di Donato’s global travels intent on finding that perfect chef to create a Michelin-starred quality experience in his hometown of Toronto, what he calls his “Michelin mission.”

That mission took him across South America and Europe before finding what he was looking for in Italy.

“I landed in St. Agatha on the Amalfi Coast. And what impressed me most was this restaurant called Don Alfonso 1890, which got its name because the property was owned by the family since 1890,” he says. “In the late 1980s, Alfonso (Iaccarino) was the first three-star Michelin chef in southern Italy. And, you know, what he had done at the time, which was very novel, was farm-to-table. This was unique at the time. The Michelin-style restaurants were mostly French cuisine, you know, with heavy butter and so on. This was a whole new movement in his mind, which now is exactly what people are doing.”

When Di Donato looked into the restaurant, he found that Alfonso’s son Ernesto had followed in his father’s footsteps. And thus began the working relationship that brought Don Alfonso 1890 to Toronto.

“Ernesto is our chef and he works with us and creates these menus and trains people in Don Alfonso in Italy. And then they come here,” Di Donato explains. “So our chef is from Italy. Daniele Corona, who is our chef here, is a true Michelin chef and has worked in only Michelin restaurants.”

The pop-up restaurant at Casa Loma is likely to offer both a tasting menu and a la carte service. For more information or to book a table go to Don Alfonso Toronto.