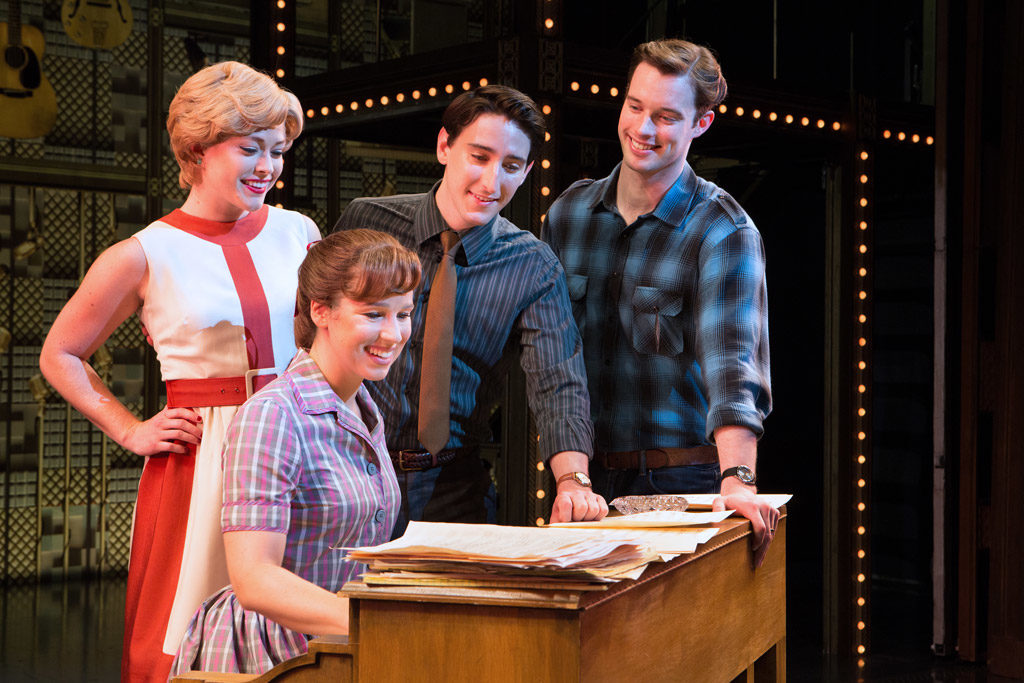 Just as Carole King returned home to New York in 1971 to sing at Carnegie Hall, so too has Toronto’s Chilina Kennedy, to reprise her role as the celebrated singer and songwriter in a performance that earned the cast a standing ovation on Wednesday night’s showing of Beautiful: The Carole King Musical.

The talented Kennedy has returned to the role after two years of playing King on Broadway, under the direction of Marc Bruni. The show is running in Toronto at the Ed Mirvish Theatre until Sept. 3 and is definitely worth seeing.

Beautiful tells the tale of King’s rise to stardom, from buttoned-up blouses in the suburbs of New Jersey to unruly curls in L.A. Based on the book by Douglas McGrath, it is packed with plenty of musical tidbits audience members may not have known about the star. The show pays special attention to King’s humble beginnings as a songwriter in Brooklyn, working behind the scenes for other artists before finally stepping into the spotlight herself in the ’70s.

The set evokes a nostalgia for the ’60s with its signature glitz and glamour and the soundtrack has enough “Be-Bop-A-Lula” bounce to keep audience members dancing in their seats and humming along to many familiar tunes.

The story isn’t really a tear-jerker, nor is it filled with suspense. It’s simply a warm-hearted account of the reluctant star’s personal journey through show business and sometimes bumpy marriage to her late ex-husband and songwriting companion Gerry Goffin, played by Liam Tobin.

Although the show is sad at times, there is one couple who keep things light and comical. Enter Barry Mann and Cynthia Weil, played by Ben Fankhauser and Erika Olson respectively. Also songwriters, the two are both dear friends and rivals to King and Goffin, as the foursome compete to reach the number one spot on the Billboard charts, song after song. Their playful banter paired with the self-deprecating nature of King’s character promises to deliver a few good laughs.

Many know Carole King for her album Tapestry, which was released in 1971 and included popular songs such as “I Feel The Earth Move,” “It’s Too Late,” and “So Far Away”. The album sold 25 million copies worldwide, held the Billboard number one for fifteen consecutive weeks, and won her four Grammys. However, as the musical reveals, the prodigy had already left quite a mark on show business before the release of Tapestry, as a songwriter. She and Gerry Goffin wrote their first hit song, “Will You Love Me Tomorrow” for The Shirelles in 1959. The duo also penned the 1962 chart topper, “The Locomotion” which was sung by their former babysitter, Little Eva. The two also wrote songs for the Drifters, Aretha Franklin and The Monkees.