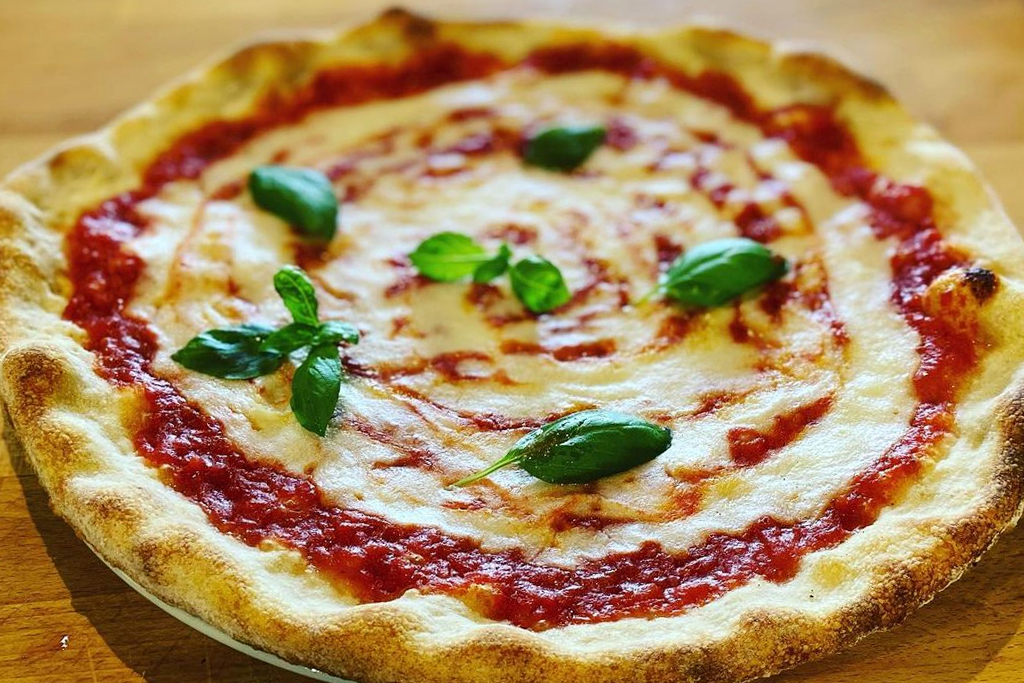 When Mike Schillaci moved to Etobicoke in 1986, he, like almost every other kid in the neighbourhood, spent many an evening in front of a Capi’s pizza box. Thirty-five years later, he’s breathing new life into his neglected childhood haunt, at the very time when the community needs it most.

Since 1962, Capi’s has been serving authentic Italian pizza to the people of Etobicoke Village. Things took a turn for the worse around the start of the decade, when new ownership took the pizzeria on a path that included a massive poster of a bowl of pho in the window and the odd health code hazard.

As it stood in February 2020, Capi’s hadn’t opened its doors in months, and it looked like the once adored institution had seen its final customers.

That’s when Schillaci stepped in. A pizzaiolo in his younger days before going into real estate, he had grown tired of the corporate scene. On March 1, he bought Capi’s, accomplishing his childhood dream of owning his own pizzeria. On March 15, he was shut down. Indeed, Schillaci had taken the plunge just as a tidal wave was mounting over the restaurant industry.

“The pandemic hit, and the city shut down, so I couldn’t get my health inspection or my license,” he says. “Without that, I couldn’t get the green light.”

On top of that, the full re-opening of Capi’s was further delayed by a happier cause; the birth of Schillaci’s child.

“It was difficult, either I quarantine with [my wife] or without her,” he says, “so I had to stay with her.”

As soon as he had some downtime, Schillaci raced back to 4247 Dundas St. W. and began the uphill battle to restore the restaurant to its former grandeur. Capi’s then officially opened its doors again in August.

Initial feedback was phenomenal, and Schillaci weathered a dip in September to post record sales in December.

Schillaci attributes much of his success to his community. When he wanted to rebrand Capi’s and start fresh, they convinced him to keep the name.

“Everyone’s cheering me on,” says Schillaci. “They’re like ‘yes, Capi’s is back! I’m so happy for Capi’s!’ I don’t know how many people told me they had their first date in here.” From a donated Christmas tree in his window to a friend offering to bookkeep, Schillaci says he has a village behind him.

But while he has his village, he feels that he doesn’t have his province. Schillaci has gotten no assistance from government subsidies.

In order to provide financial relief for a business, the province needs a financial record proving a loss in income from the previous year. Since Schillaci purchased only the assets of the business and not the corporation from the previous owner, he doesn’t have the paperwork to prove the drop in earnings. In essence, he started from zero. This puts him in with a unique group of businesses that opened their doors in a pandemic but can’t get any assistance from a premier that has prided himself on looking out for small businesses.

The budding entrepreneur hasn’t taken this lying down. He’s called everyone from local MPP Christine Hogarth to Ontario’s Ministry of Finance. He remains hopeful that a new grant program will finally provide him with some relief.

In the meantime, Schillaci will continue to refine his product. A perfect mix of experience and controlled rebellion, he knows the difference between a culinary constant and a rule meant to be broken.

“In the pizza world right now, everyone is constantly moving towards singularity. [They want to] know ‘what’s the best pizza?’ So, Google has been pointing people in this one direction and it’s not true, there is no one way to do it. A good pizza comes from a creative person. I don’t fit any particular mold, and I pride myself on that.”

Capi’s offers a selection of stone-baked authentic Italian-style pizza in a couple dozen variations, as well as salads and antipasto kits.

Schillaci is pouring 60-hour work weeks into Capi’s striving for that blissfully unachievable goal of “the best pizza.” He is looking to hire help but maintains that his margins are very slim.