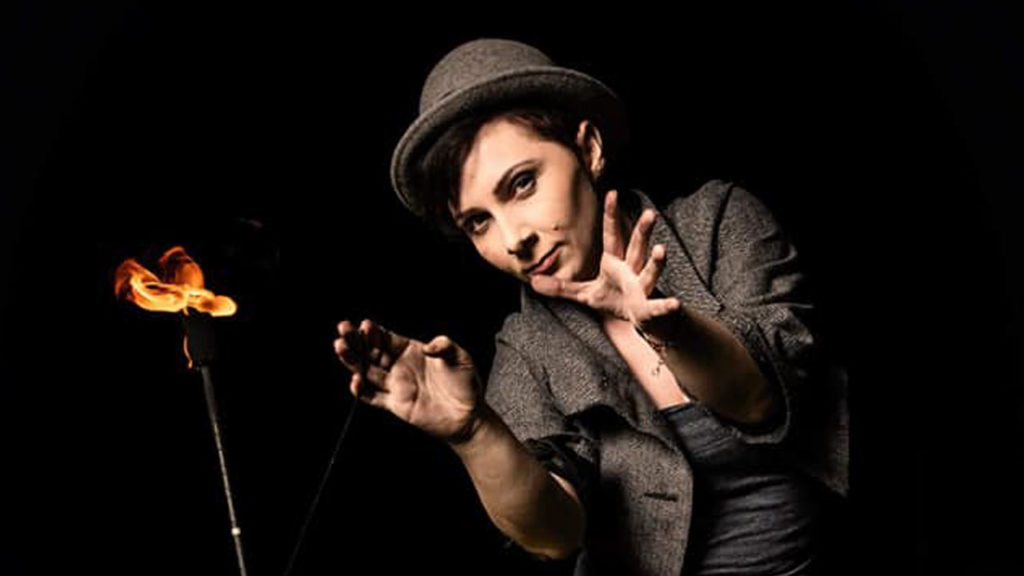 Morgan Knudsen is a paranormal investigator who acts as an expert on a number of reality-TV shows including Paranormal 911 and Haunted Hospitals. Her investigations on these shows and others often take her to Toronto, where, as it turns out her family has a long history including a certain great grandfather who had a hankering for ghostly happenings as well.

What piqued your interest in paranormal investigation originally?

I was experiencing a lot of interesting things going on in my own life. My parents and I lived in a very haunted location in this fourplex in B.C. And it was baffling to me because it was never a huge hot topic with my family at all. But what was going on in my place just really caught my attention. So, after I got over the fear of it, it became a strong curiosity.

So we are talking about paranormal activity, ghosts or something?

I would definitely categorize them in terms of the paranormal. I think a lot of it was generated by my own interest in the phenomenon and what was going on with my parents, and I experienced everything from seeing apparitions in the house to, at one point, I had an apparition rush at me. I was about nine at the time, and it scared the hell out of me. We had things going missing. We would see depressions, like people sitting on our bed. We had all sorts of stuff disappearing and reappearing in weird places. You know, all sorts of things that were pretty cool.

And so instead of running, you got into it and discovered something about your own family history?

It wasn’t until about six years into forming Entity Seekers Research and Teachings that I discovered that my great-great-grandfather had the same passion. And he founded the first paranormal association in Canada. It’s sort of an interlaced story, but it’s really cool.

So when was this and who is this person?

His name was Dr. Albert Durrant Watson and he was from the Toronto area. You know, it was the late 1800s. But he was a very famous physician in Ontario, and his house is actually a historical building now. He was a huge name in medicine. And he was a poet as well: a published, well-recognized poet in the Walt Whitman style of poetry. And so it was easy to track down information on him once I knew who he was. But it was something that side of the family never talked about. I don’t know why because his career — I mean, he published two books on the subject — spawned parapsychology in Canada.

How do you define paranormal?

It’s essentially things that are what we would consider out of the norm from, you know, the basics of the laws of physics. We now know that many of the laws of physics are being re-defined and broken at this point, through quantum studies and things like that. But I think it’s things that we’re coming into a knowledge of. I think back in the day, we would have said, paranormal is something that is just woo-woo, and we can’t explain it. Now I think the definition has shifted a little bit. And now we’ve got it where it’s stuff we haven’t been able to explain yet.

So we aren’t just talking about ghosts and things that go bump in the night?

When it comes to hauntings, anywhere there’s human emotion and human activity is really where you end up focused. Because I think a lot of the misconceptions around hauntings and things like that is that they are only caused by external circumstances. That’s just not true. A lot of the activities that we study and we record are generated by people and are interpreted by people. So paranormal and hauntings is really more about the living than it is about understanding disincarnate entities. Survival after death is a part of the study, but it’s not the entire study.

What are you hoping people take from your work with the paranormal?

You know, the main goal for me is always to get people more in touch with who they are, to connect them with the non-physical part of who they are and to understand that this phenomenon is some of the best relationships you’ll ever have in your entire life. When we start to understand this stuff, we realize that we’re not alone.

You work with a number of TV shows that film in Toronto. Are we a haunting hotbed?

I mean, there’s so much in depth of history. There’s so much activity in terms of people and energy, and it’s very different energy than almost anywhere else in Canada. So the hauntings there, I mean, the cases that come across our desk for Haunted Hospitals, a lot of them have come out of Toronto. And that area, I mean, it’s unbelievable the stuff that people are reporting.