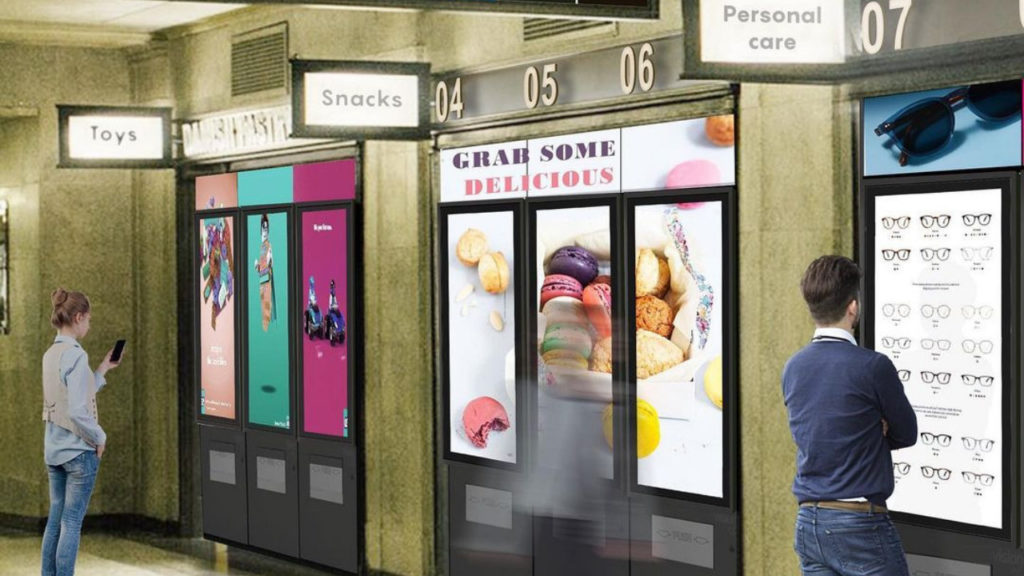 The future of shopping has arrived in Toronto.

With the opening of Dori in the Eaton Centre, Torontonians now have a taste of contactless shopping, with no employees operating the completely automated store. The concept was made popular in the United States by Amazon Go stores.

Dori, Toronto’s first contact-free department store and the first of its kind in Canada, opened on Nov. 22. Many of their products, including candles, fresh macarons, “candy sushi,” cocktail kits, soaps and tea, are Canadian brands, and the store’s system is considered an effort to expand the reach of these local brands, like Sweet Sushi, The Macaron Boutique, Clover Botanicals and more.

Items for sale range from $2.99 to $47.50, and the vending-machine inspired store partnered with brands that don’t necessarily have storefronts as well as local brands that may not necessarily have the capacity to sell at a high-volume location the Eaton Centre. The store itself is located near the Queen Street entrance, right near the Shoppers Drug Mart.

Dori’s official launch party is on Dec. 5 and, at 1 p.m., the store is giving away free cheesecake sticks, as well as free gift cards to the first 50 customers. The automated department store has plans to expand into other parts of Canada as well as the United States within the next two years, hopping on the automated store trend that is sweeping across the continent.

An increased reliance on tech combined with the setbacks presented by COVID-19 may have pushed retailers in the direction of considering the inclusion of partially or even fully-automated stores. Allied Market Research predicts that the retail automation market will grow at a compound annual growth rate of 9.6 per cent from 2019 to 2026, to a market value of $23.58 billion.

Advocates for automation say it’s more cost-effective for small and big companies, and with the pandemic at play, retailers have seen the potential benefits of automated systems that don’t rely on the physical presence of employees to run a business.

So far, the grocery industry has been the most inclined toward automation, and recently, Toronto has seen that extend to the food industry as well.


Aisle 24 was Toronto’s first cashier-less convenient store, open 24 hours and located at 21 Lawren Harris Square in Corktown. There are no employees manning the store, and customers must  download the Aisle 24 app and use the platform’s self-serve checkout to purchase the items. The chain  has plans to expand and add six more locations by the end of 2022, with “resident markets” for smaller, more residential communities and community markets for more urban centres.


The automated experience expanded to ready-made food, with outposts like Pizza Forno promising handmade, fresh pizza from their machines across the city that is ready to eat in less than three minutes.


Last year, Robo Cafe opened its first outpost in Yorkville, where it was originally branded as a robotic Dark Horse Espresso machine. Now, Robo Cafe has expanded to Kensington Market, where a vending machine-style storefront offers customizable coffee-based beverages like lattes, cappuccinos and even chai lattes and cortados, and they insist that their offerings are superior to stereotypical vending machine coffee.

While Dori is still focused on mostly food retailers, the idea of an automated department store might just set the tone for automation expansion into fashion and other industries. Though the contactless trend pre-dates the pandemic, the concept of automated shopping experiences seems to have boomed as a result of what could be considered the world’s new normal.