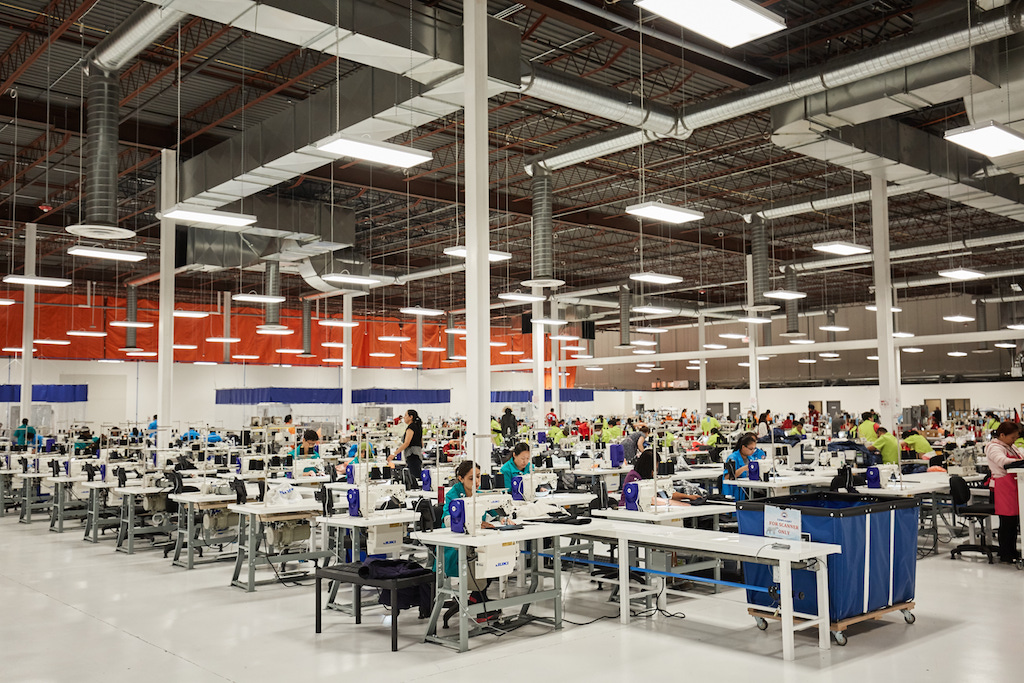 The luxury winter brand will pivot to creating PPE at all of its manufacturing facilities.

Canada Goose has announced that they’ll be increasing production of personal protective equipment (PPE) to help frontline healthcare workers across Canada to continue their work fighting against the COVID-19 pandemic.

The outerwear company will reopen its eight domestic production facilities over the next two weeks. Canada Goose already began production of scrubs and gowns at two of its facilities this week, but will be expanding its efforts from around 14,000 gowns a week to 60,000 a week.

The announcement comes after authorities across Canada announced that a shortage of PPE was imminent. Mayor John Tory has said that Toronto itself still has a decent supply. “We have a challenge like everyone else with personal protective equipment, but it is not a crisis at this moment in time,” Tory told reporters on Wednesday.

However, Ontario Premier Doug Ford said earlier this week that the province has about one week’s supply of PPE left.

Controversial decisions from U.S. President Donald Trump have also complicated Canada’s supply of PPE. Trump asked American companies manufacturing PPE equipment, such as 3M, to stop exporting that equipment. A compromise was made to allow exports to Canada to continue (with exceptions), but the delay has still complicated Ontario’s supply of PPE. Manitoba is also facing shortages.

Canada Goose CEO Dani Reiss said of the company’s decision to expand production of personal protective equipment, “With one of the largest Canadian apparel manufacturing infrastructures in the country, we are uniquely positioned to re-tool our facilities and refocus our teams to produce a variety of personal protective equipment — and we are prepared to leverage all of our resources to do what’s right for our country.”

The company has also announced that any profits that may come from PPE production will be donated to COVID-19 relief funds.