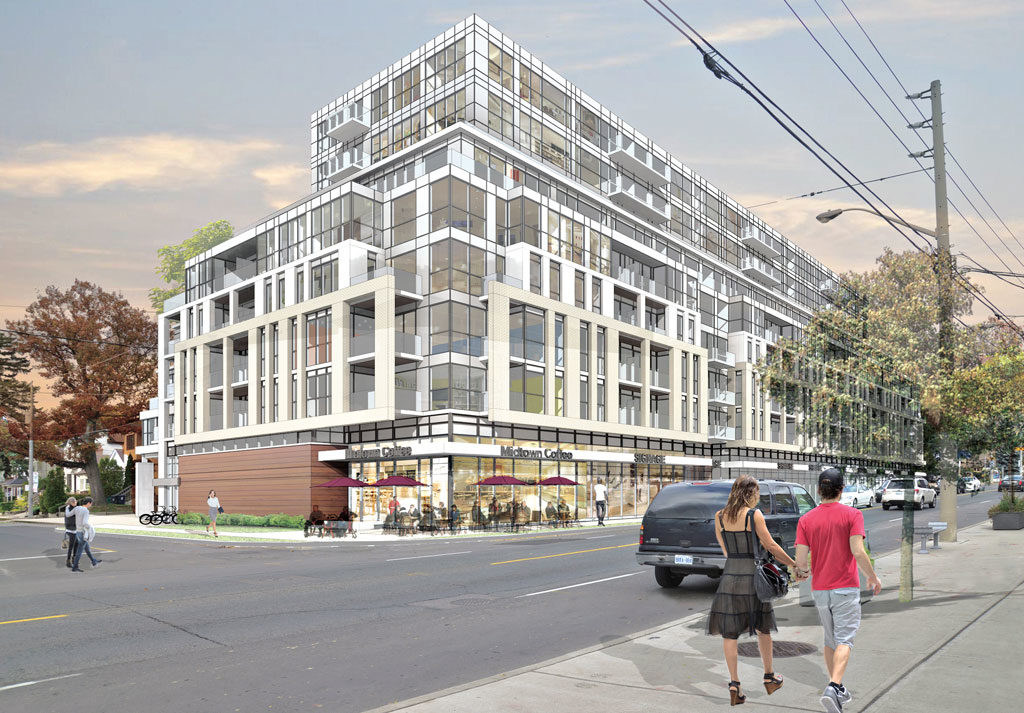 A company known as the Brown Group has consolidated property on the west side of Bayview Avenue, between Soudan Avenue and Hillsdale Avenue, and is planning to propose a nine-storey, mixed-use development  for the site, to be submitted in January or February 2015.

The Davisville Village and Leaside communities heard from the developer about plans for the nine-storey building at a public pre-application meeting at Leaside Library in early December. The proposed building, designed by architect Harry Kohn, set to have a combination of at-grade retail, rental replacement suites and condos, will exceed the prescribed height limit and require changes to the official plan and residential nature of the area.

According to councillor Josh Matlow, neighbours at the meeting shared his view that the height was inappropriate for the location, and many were concerned about the precedent the proposal would set. “In particular, the guidelines try to limit the height of the building to the width of the road. For instance, Eglinton Avenue is 27 metres in most sections, which translates to a preferred height of nine storeys in portions not part of the [City of Toronto] Urban Growth Area near Yonge Street. Bayview Avenue is only 20.7 metres wide.” said Matlow.

“With a retail component at grade, the guidelines would prescribe about six total storeys on the proposed site.”

“There is an openness there to try and work with people,” said Greg Russell, board member of South Eglinton Ratepayers’ & Residents’ Association (SERRA), of the developer. But he expressed four main concerns the community has for the development — height, density, traffic and streetscape — and also spoke to the precedent mentioned by Matlow, stating that residents were primarily concerned about development height creep down Bayview as well as the traffic the retail component (approximately 13,000 square feet) would cause.