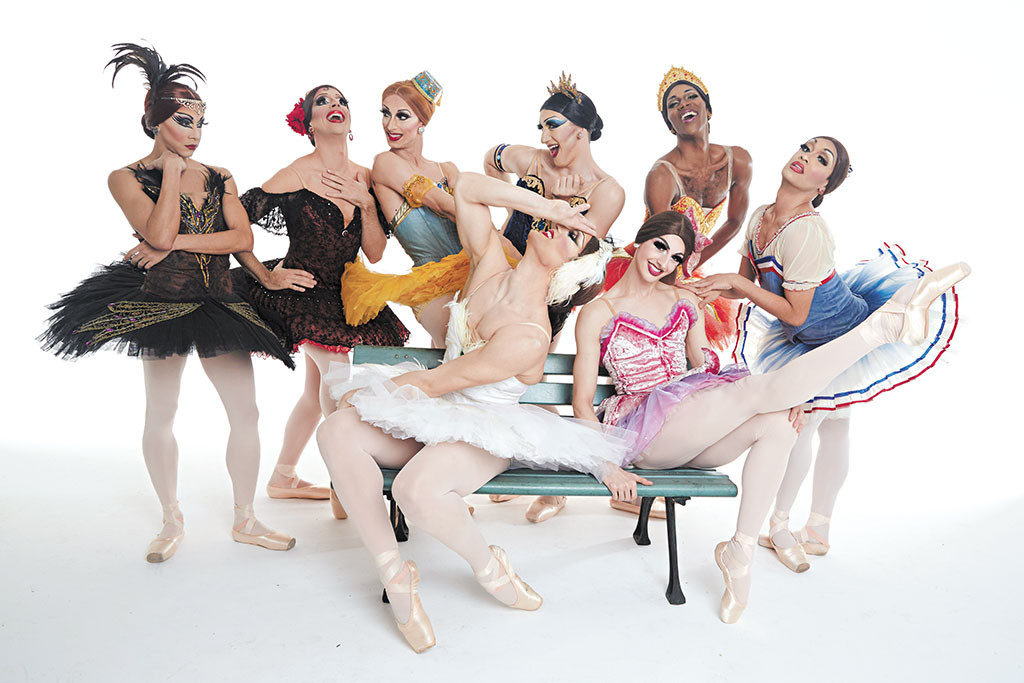 Hey fans of RuPaul’s Drag Race, the inimitable Brooke Lynn Hytes is coming to Toronto for an exclusive appearance on the Winter Garden Theatre stage, along with the all-male dance company Les Ballets Trockadero de Monte Carlo. It all goes down March 7 and 8, and will be the first time Hytes rejoins the ballet company after leaving in 2012 to pursue drag full-time.

The ballet company, affectionately known as the Trocks, is renowned for its absurd onstage antics along with renditions of beloved ballet classics such as Swan Lake. The Trocks formed in the 1970s in New York as part of the gay liberation movement.

Hytes was born in Toronto and began studying ballet at the National Ballet School of Canada at age 15. She joined the Trocks in 2008 and performed with the ensemble for four years. In 2019, Hytes became the first Canadian to compete on RuPaul’s Drag Race. She finished second in the eleventh season of the show, and is also a permanent judge on Drag Race Canada.

The Trocks are in town for three performances taking place at 8 p.m. on March 7, and at 2 p.m. and 8 p.m. on March 8 at the Winter Garden Theatre. Hytes will make her guest appearance in all three Toronto performances. Those heading to the show can expect to see the company’s perennial mainstay Swan Lake, as well as Go for Barocco and Dying Swan. The Trocks will also perform a contemporary work titled Walpurgisnacht. This piece was inspired by the Bolshoi Ballet and includes music from the opera Faust. And that’s not all, other performances and modern works will be announced onstage during the show.

The unique element behind the all-male dance company is that while the dancers are performing classic and contemporary ballet works, they are also injecting comedy into the routines. Expect the dancers to exaggerate foibles and accidents throughout each performance to keep the audience laughing.

Tickets start at $35 each and are available at ticketking.com.