After battling a series of obstacles, this Toronto chef has successfully opened a gourmet gastropub - Streets Of Toronto
Skip to content 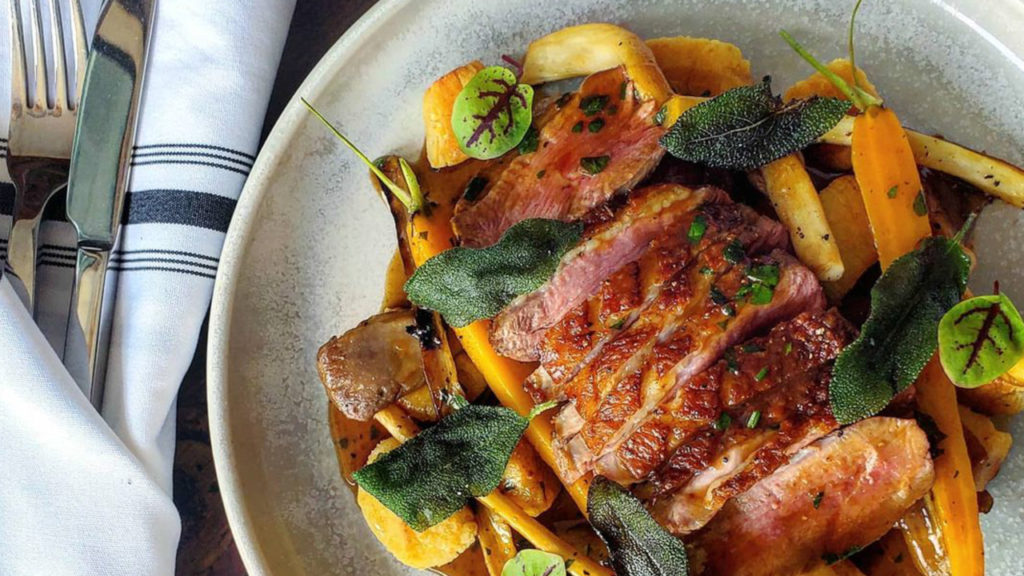 Chances are, if you’ve dined out in the city over the past 25 years, Chef Michael Kirkwood has prepared your meal.

First coming onto the hospitality scene in the late 90s in Toronto’s Entertainment District, Kirkwood, wanting to elevate his culinary career, did a tour of duty in the kitchens of Avalon, Toro, and Opus. He’s got previous small business management experience, thanks to running The Birchwood Kitchen, as well as retail restaurant, Holt’s Cafe within Holt Renfrew Yorkdale.

In October 2020, Kirkwood launched his latest venture, Bramble—a warm and welcoming neighbourhood gastropub serving up elevated cuisine and craft cocktails. But just three weeks after opening, Kirkwood was forced to close up shop due to COVID-19 lockdown enforcements.

“Seeing as we were a brand new restaurant, we did not have the presence or clientele to support us, and we practically had to pull people from the street,” Kirkwood recalls. “Eventually, the neighbourhood supported us through the rough times.”

A shaky start to opening wasn’t the only battle Kirkwood would encounter— after receiving word of an unforeseen diagnosis, Kirkwood underwent emergency surgery shortly after. “I was out of the kitchen for 10 weeks and I had to be fitted with an ostomy  bag for eight months, until my second surgery in August,” Kirkwood says. “Thankfully all is good now, as my chemotherapy has ended and I’m back in the kitchen full time.”

With indoor dining closed, Kirkwood introduced a takeout-friendly menu and created an innovative cocktail-to-go program. Bramble also had an online marketplace that sold a series of delectables from the U.K. Last month, Bramble reintroduced the in-house menu, and while many of the takeout favourites remain, there are a few new items to look forward to.

After spending some time in the U.K. and Ireland, Kirkwood wanted the menu to reflect a traditional country inn or seaside tavern. The items on the menu are recognizable, but with a twist. “We run a from scratch kitchen which is a homage to my forest and farm to table style, and we use local suppliers whenever possible,” Kirkwood says.

The cocktail menu is the brainchild of Steve Tano, who also makes all of the garnishes. “With his incredible knowledge and inspiration from the English garden, our offerings are nothing like anything or anywhere else,” Kirkwood says. Go to cocktails include the Paper Plane, the signature Old Fashioned, the Garden Negroni, the Charlie Chaplin, and, of course, The Bramble, a drink that surfaced in England in the 1980s, and mixes dry gin, lemon juice, sugar syrup, crème de mûre, and crushed ice.