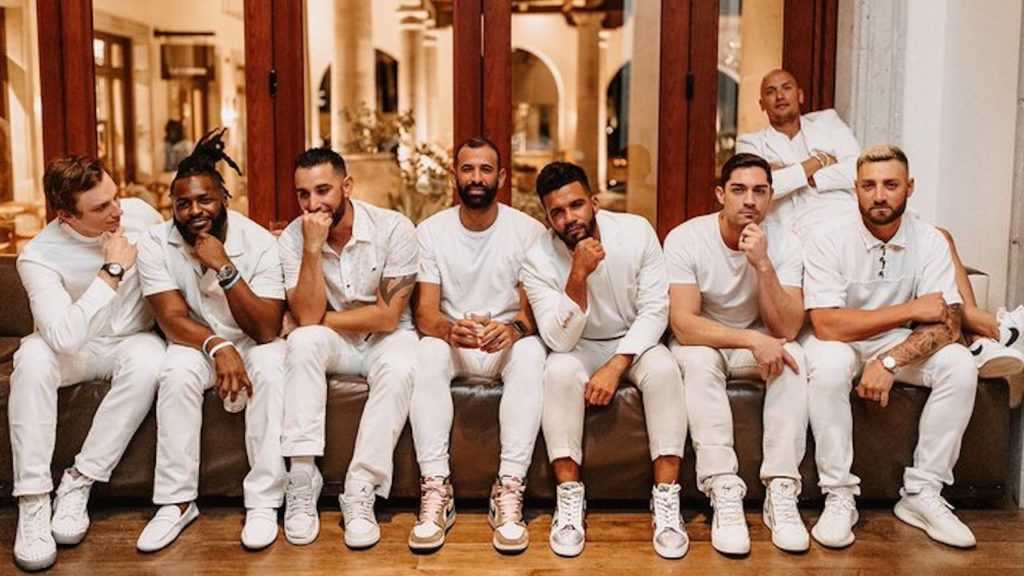 A photo posted by a certain left-handed Blue Jays pitcher had baseball fans rejoicing (and emotional) on Tuesday. Players may come and go, championships may be won or lost, but after a glimpse at the star-studded photo Ryan Borucki shared on Twitter, it’s clear that the friendships are forever.

Backstreet’s Back!! Great to be back with the boys and celebrating the amazing couple, Devon and
Ali. #forevertravis pic.twitter.com/I780eCEhR6

Former Jays second baseman Devon Travis’ wedding brought together current and former players for this picture-perfect moment. “Backstreet’s back!” Borucki quipped on Twitter, referring to the all-white ensemble the group was sporting.

I feel like they’re going to bust out into a karaoke version of “I Want It That Way”.

Along with Borucki, you can spot Jays alumni Dwight Smith Jr, Marco Estrada, Jose Bautista, Devon Travis and Kevin Pillar, along with current Jays outfielder Randal Grichuk. Former teammate Ryan Goins can be seen peeking out from behind the group.

While the players were there to celebrate Travis, it was the reunion that caught the eyes of Blue Jays fans, bringing up feelings of nostalgia.

One fan suggested the group of players, past and current, could still win if reunited on the pitch today.

A few fans pointed out some notable absences, such as Justin Smoak, Josh Donaldson, Marcus Stroman and Troy Tulowitzki.

All in all, Travis probably said it best:

Unbreakable bond. At the end of a career, all we have is the memories that we were able to create together. Thankful for this group of dudes that came out to celebrate our wedding. Time to kick it on this honeymoon. More love!✌️ https://t.co/1j1jXTNgzl