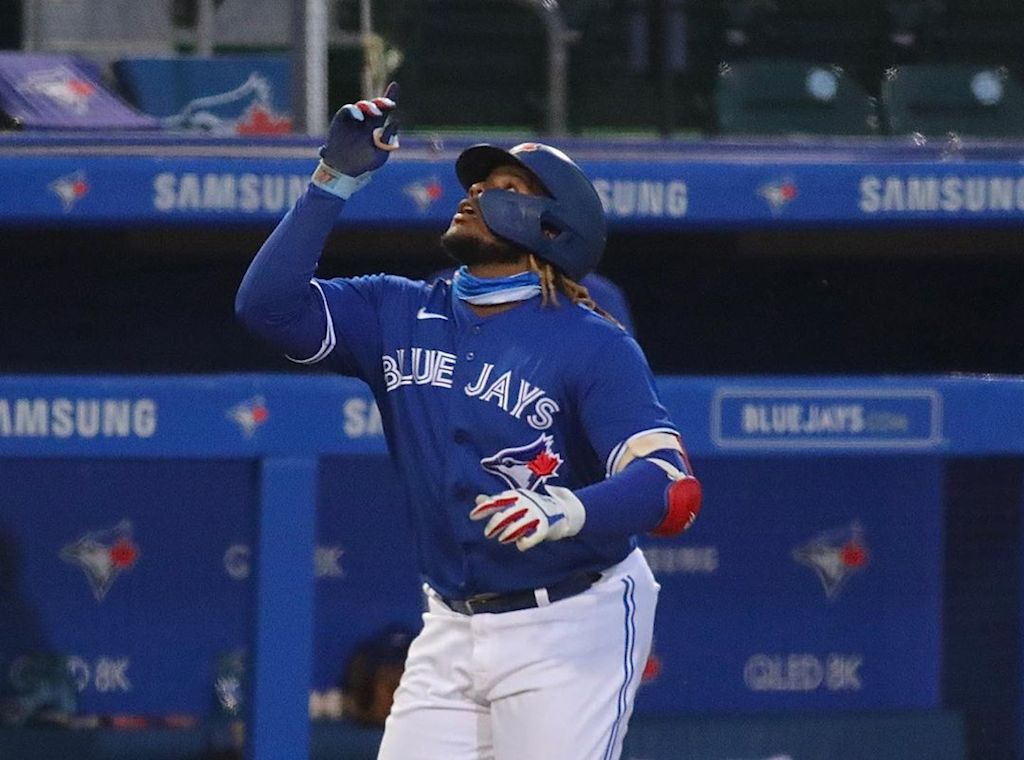 The Toronto Blue Jays are back in the playoffs and will face the top-seeded Tampa Bay Rays in the American League wild card series, which gets underway Sept. 29. TRNTO caught up with Buck Martinez on the eve of game one to talk about the team’s performance this season.

Tell me your thoughts on the team returning to the playoffs?

I think it was a great testimony to the character of this young team. Getting through all of the hurdles they had to go through, including the virus, the quarantine at Rogers Centre, not knowing where they were going to play their own games, travelling on the road. They did a great job: to be that young and staying that disciplined is very impressive.

At the beginning of the season, did you think they’d have enough to make a run at the post-season like this?

Well, you know, given the extra round, the extra layer of teams, I thought they might have a chance. Obviously, there were a few injuries along the way. We lost some pitchers, but you know, it was industry-wide. Everybody in the game had to deal with injuries. But I think the enthusiasm of the young players was infectious. The fact that they quarantined in Rogers Centre for those three weeks in the summer, they became a team. They really came together. There were a lot of different personalities that came from different teams in different areas in different countries. They all came together as a team. I think the character and the chemistry of this team are very special.

Who’s been the biggest surprise in your eyes this season?

Obviously, you know, Teoscar Hernandez has really improved a lot. He’s become a legitimate power-hitting outfielder. I would say the outfield of Gurriel, Grichuk and Hernandez has probably been the most consistent part of the team outside of the bullpen. But for me, the bullpen has been the biggest surprise without question.

What are the club’s outstanding issues heading into the playoffs?

Who do you think the Blue Jays need more from to win?

[Starting pitcher] Hyun-Jin Ryu. He’s the guy that has to win game one of the wild card series [the lowest qualifiers playing each other before the main playoffs begin]. They will match up against the other team’s number one starter, and if you win that game, then you only have to play .500 for the rest of the series and you’re in [to face the top-seeded team in that league’s division series]. So I think he becomes the most important individual on this team.

And how will this taste of success help the team going forward?

Once you learn how to win, you never want to do anything but win. This group of young players has won in the minor leagues, and now they are tasting the post-season in the major leagues for the first time. So I think it’s essential that you continue to push this group. And they are self-motivated. There’s no question about it. They believe they can win a championship. And they had this expectation way back in spring training in Florida in February. So they have a lot of competition themselves, and they’re not satisfied by just making it to the post-season. They want to win games and advance.

What does Vlady [Vladimir Guerrero Jr.] need to do to take that next step?

I think we’re starting to see it now this last week of the season. He hasn’t struck out in about 30 plate appearances. He hasn’t struck out in a long time. He’s putting the bat on the ball. He’s coming up with big hits. I think people have to remember, he’s just 21 years old. That’s the thing because he came up with so much hype. Everybody knew who he was from the time he signed. It’s been tough on him because the expectations are through the roof.

What makes you kind of excited about the future of the team?

Do you see any similarities between this and past Blue Jays teams?

I see similarities with the ’85 Jays that won the division because it was a bunch of homegrown young players that had grown up together and learned how to win together. The ’92/’93 team was a cast of all-stars from other places: [Paul] Molitor, [Dave] Winfield and Rickey Henderson, David Cone. They went out and they complemented a core of homegrown talent. But I see more similarities to that 1985 team under Bobby Cox.

What does the team need to do to build on what they have achieved and compete for a championship for years to come?

Just remember how hard they played this year and continue to have that same approach. They never allowed the tough losses to affect how they prepared for the next day. They had a very short memory in that regard. I think that’s the one thing they have to remember. The experience of this season will serve them well if they continue to approach it the same way they did this year.