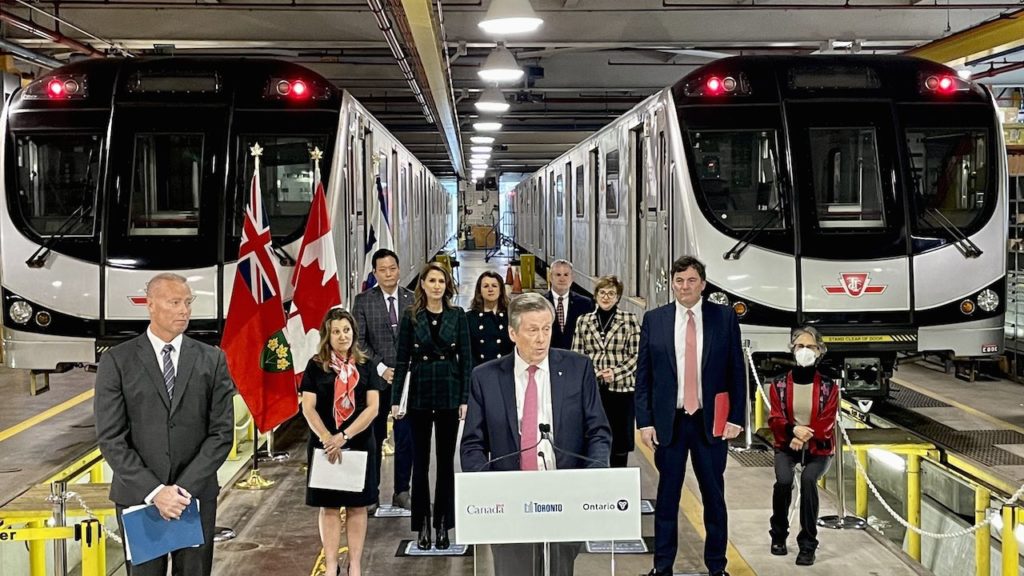 In a time of impending economic recession, with the city of Toronto crying poor to any level of government that will listen, today Deputy Prime Minister Chrystia Freeland announced a massive amount of new funding for the expansion and rehabilitation of Bloor-Yonge Subway Station to the tune of up to $1.5 billion.

“Bloor-Yonge station is home to one of the busiest lines in North America, and it is an important part of the routines of people from across the Greater Toronto and Hamilton Area—including my own family,” said Freeland, who University-Rosedale riding includes the Yonge and Bloor site. “Today’s announcement is great news for Toronto, and it is critical to ensuring we have reliable public transit for the riders who use it every day.”

The new funding enables the City of Toronto to expand and rehabilitate the existing subway station to improve efficiency and capacity and reduce overcrowding during rush hours.

According to a press release, work will include a second platform on Line 2 for eastbound service as well as an expansion of the Line 1 northbound and southbound platforms, new elevators, escalators and stairs, and construction of a new accessible entrance and exit on Bloor Street East.

Bloor and Yonge is going to be a construction zone for years to come with this news, construction delays for th e One Bloor condominium as well as the redevelopment of the former Hudson’s Bay complex atop the subway station at 2 Bloor Street East as well as the new W Hotel slated to be constructed next to that at 90 Bloor St. E.

Once complete, the new project will increase the station’s capacity and accessibility potentially ending the day of watching full subway cars fly by during rush hour.

According to Toronto Mayor John Tory, pre-pandemic ridership numbers are expected to double by 2056 to approximately 400,000 riders passing through the station every single day. The city is planning on beginning construction by 2024.