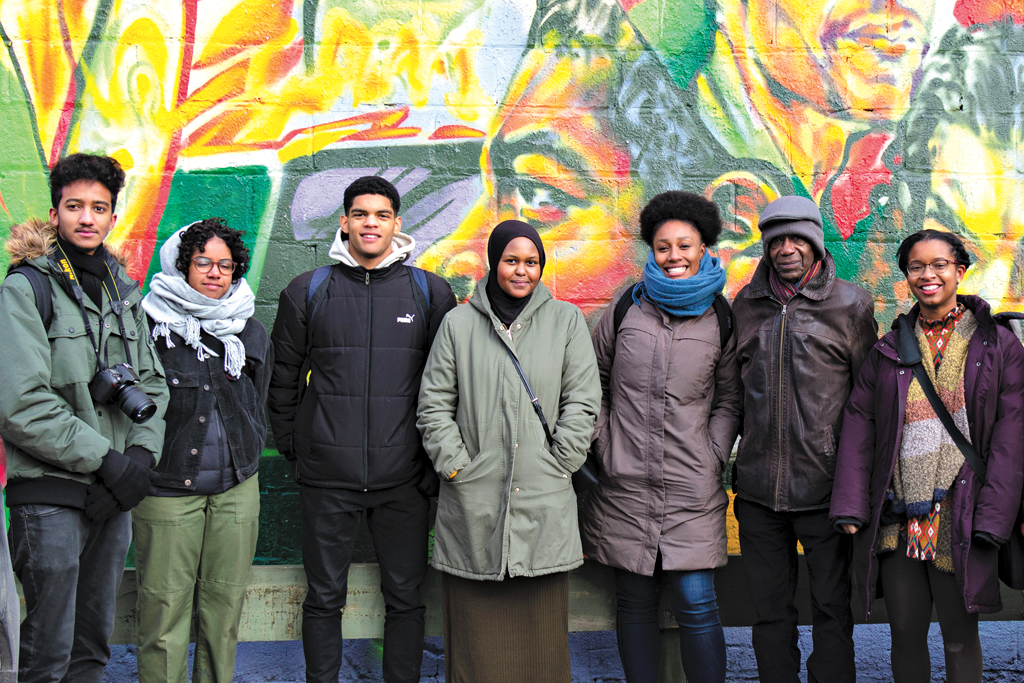 When Ms. Faith walks along Eglinton Avenue West in the Little Jamaica neighbourhood, she can’t help but think how the neighbourhood has changed in the last 15 years she’s lived there.

A Black working poet, she sees gentrification encroaching and Black businesses and residents leaving one after another after facing mounting challenges. First, there was (and still is) the LRT construction that has been going on for nearly a decade. Now, the COVID-19 pandemic has created another financial stress on the area.

Rather than watch the neighbourhood disappear, some are taking action. Black Futures on Eglinton is a newly released report made by consulting firm CP Planning that lays out a vision for how the area colloquially called Little Jamaica may survive.

Cheryll Case, the founder and principal urban planner for CP Planning, said the report came about due to an oversight in city planning regarding how Black residents and businesses might be affected by the LRT — one she says amounts to “systemic anti-Black racism.”

Case said community consultation for the project did not engage enough with Black residents and businesses, and she pointed out that those typically consulted in the City of Toronto planning processes are white, male and over the age of 55.

“[Black residents] feel they are being displaced at a rate higher than other ethnic groups,” she said. “Race is a part of it.”

She said that the city’s LRT reports did not discuss the specific ways that the Black community would be impacted by the development and did not create specific strategies to allow them to continue to live in the neighbourhood, such as creating affordable housing.

Indeed, Case found that between 2006 and 2016, the Black population along Eglinton West has declined 13 per cent, compared to an overall population decrease of five per cent. Meanwhile, the average house value in the same time period has gone up 66 per cent.

She also found that from 2009 to 2019, between Keele and Allen on Eglinton, Black businesses decreased 10 per cent.

To counter the exclusion of Black voices in city planning, Black Futures’ mission includes close communication with the area’s residents to find solutions.

Anyika Mark, who worked on the Black Futures on Eglinton report’s creative components, said that extensive community consultation was held at libraries and community art centres to make sure that everything in the report is “coming from the community.”

“We didn’t want to replicate the same error and mistakes that the City of Toronto did,” she said.

The report surveyed more than 100 residents and found that they desired better representation within city planning processes and also for the culture to be preserved through more Black ownership and affordability.

Taking direction from these community voices, Black Futures lays out a specific plan that calls for a residents working group with the city in which at least one member of seven is Black.

To avoid Black displacement from higher rents, the report also calls for affordable housing, a Little Jamaica Commercial Land Trust funded by a portion of local BIAs’ yearly levy and a one to three per cent levy on new development construction costs. The land trust would then invest in Black-owned real estate.

City councillor Josh Matlow, whose jurisdiction includes Eglinton West, said that he “welcomes” the Black Futures report, but he declined from commenting on whether he is in support of the recommendations.

Matlow said he does recognize that some city planning procedures could be improved and put through an “anti-Black racism prism” and that the area needs help to preserve its culture.

“[We want] to ensure that Little Jamaica and the Black character and identity of Little Jamaica is both celebrated and protected for future generations,” he said.