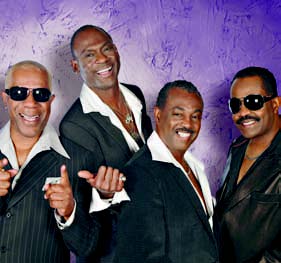 ICONIC ROCKER BIF NAKED (real name Beth Torbert) made a promise to herself and to her fans to put out a new album in 2009. Nothing, not even a breast cancer diagnosis and 13 months of chemotherapy treatment, would stop her. Talk about commitment to your craft.

When Naked, 37, was diagnosed, two weeks after her marriage to Vancouver Sun sports writer Ian Walker, it was a blow to the straight-edge, veganeating, yoga-loving, well-inked Vancouver rocker.

“I was basically fully bedridden, and we probably started recording then, I would say, at the height of my chemo malaise, to be honest with you,” says Naked, on the phone from her Vancouver home where she is building up the strength to begin the six-hour rehearsals in preparation for a cross-country tour that comes to Toronto this month on June 13.

“It was ill-timed in a way, but at the same time it was the best thing for me because it definitely gave me hope.”

What it also gave her was her own personal taskmaster and guru in the form of Jason Darr, a guitarist in Naked’s band and also a member of the band Neurosonic.

“It was the first time we’d ever collaborated together, and I was overjoyed.… It is few and far between when you click with someone creati vely,” Naked explains. “And Jason cracked the whip. Me being sick was never an elephant in the room. I was completely jaundiced, completely bald, sunken-in dark eyes, not doing very well at all. But it wasn’t relevant to the task at hand every day. Jason has probably the most driven work ethic of any human being I’ve met. He was empathetic, but he never coddled me.”

The result, the new album, entitled The Promise, her fifth, is a testament to this collaboration. Eclectic, at times the record kicks into overdrive with hard-driving rock ’n’ roll, such as on the first single “Sick,” as well as upbeat pop rock on songs such as “Honeybee,” a little reggae and ballads dripping with sadness and reflection.

Given the unique nature of the development of this album, each song holds great meaning for Naked. She cites “Welcome to the End” as one that is particularly moving and speaks to her affinity for senior citizens.

“Just because for me, it’s my horse racing song.… It reminds me of the track,” Naked explains. “I know a couple of old fellas who like going down to the track with their old guy buddies, enjoy putting two dollars down on a race and drinking coffee all afternoon. A lot of them have lost their wives already. I love the emotional connection that you see in their eyes, and I respect them so much. They’re our elders, and I have big love for senior citizens and grandparents. They need to be honoured and respected.”

Born in New Delhi, India, and adopted by American missionaries, Naked spent much of her youth in Winnipeg, Man., where she pursued theatre in university before joining a friend’s band after their singer quit. She was thrust into the hardcore scene touring with bands such as punk legends DOA and SNFU before forming her own bands Gorilla Gorilla then Bif Naked.

Although part of a rollicking time in music, Naked steered clear of the partying side, adopting her now well-known “straight-edge” lifestyle. “You know, I was just never good at drinking anyway. I was always a two tablespoon drunk,” says Naked. “I kept losing my voice on tour like anyone would.… It just wasn’t a part of my training regiment.”

Known for her explosive live performances, Naked’s latest follows up the 2005 release Superbeautiful Monster. The Promise tour checks into the Mod Club on June 13. Go to www.bifnaked.com for more information.

IT’S ALWAYS A CELEBRATION WITH THESE KOOL CATS

KOOL AND THE GANG have been playing music for 45 years, and like a fine wine, the fun-loving soul band behind such hits as “Jungle Boogie,” “Celebration” and “Get Down on It” get better with age. The band is one of the few where multiple generations actually know and enjoy their songs. So seek out your long, lost groove thing and join the funkadelic free-for-all on June 29 as part of the Toronto Downtown Jazz Festival (www.tojazz.com).