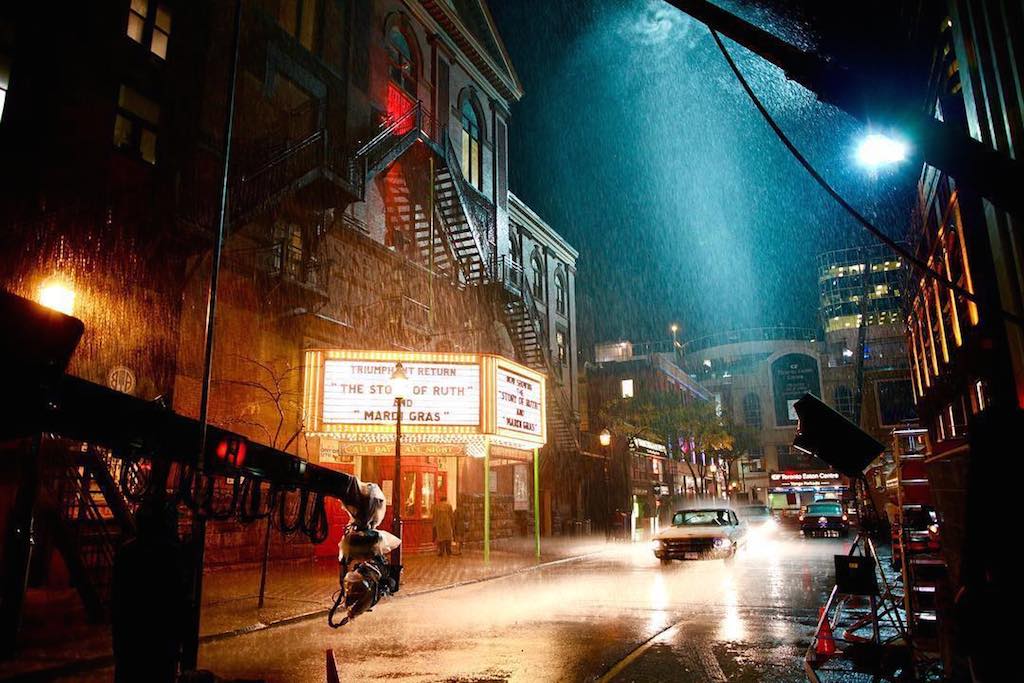 Toronto has been a popular destination for T.V. and film production, so much so that it’s become one of the city’s major economic sources over the last two decades. Here are ten movies that celebrate the bustling Toronto we know and love.

IT and IT Chapter 2

Stephen King’s novel turned two-time blockbuster hit was filmed all over Toronto. The majority of the movie was filmed in Toronto’s Pinewood Studios, but some of the exterior shots, like the first time we see (and lose) poor Georgie is in North York near Springmount Avenue and William Street. Pennywise’s iconic mansion is actually the Cranfield House at 450 Pape Ave. in Toronto’s Riverdale neighbourhood.

This movie is not trying to hide its Toronto connection. The city is as much as a supporting character as any of the actors in this 2013 film. The movie premiered at the Toronto International Film Festival and does not shy away from featuring some of Hogtown’s hotspots. Daniel Radcliffe and Zoe Kazan’s Toronto love story shows them sunbathing at Ashbridges Bay, eating at George Street Diner, playing a couple of rounds of ping pong at Spin Toronto, camping at the Scarborough Bluffs and even catching a movie at Toronto’s Royal Cinema.

Arguably Adam Sandler’s best movie, Billy Madison is filled with nods to our beloved city. The Canadian actor filmed all over Ontario with locations in Oshawa, Stouffville and Toronto. Billy Madison’s most iconic scene where Sandler pees his pants to protect a fellow classmate is shot at Black Creek Pioneer Village. A lot of the film’s interior school shots were also filmed at Northern Secondary School.

The Oscar-winning film written by Matt Damon and Ben Affleck awarded them both their outstanding 20-plus year Hollywood careers. But what you might not have known is that the movie’s most memorable scene was filmed inside a Toronto bar. When Matt Damon is arguing with the Harvard student in the campus bar, they are actually inside Toronto’s Upfront Bar and Grill. Unfortunately, since the 1997 movie was released the St. Lawrence bar has closed.

The legendary movie has many Toronto connections, one being that the star, Rachel McAdams actually lives here in Toronto. Tina Fey’s 2004 comedy has many different city sightings. Lindsay Lohan and the mathletes compete inside University of Toronto’s Convocation Hall, while Regina George’s colossal mansion is on the Bridle Path.

The Shape of Water

Guillermo del Toro’s best picture, The Shape of Water was filmed almost exclusively in Toronto. The Oscar-winning film shows the exterior facade of Massey Hall and even cuts over to the north side of Shuter street where if you look closely you can spot Fran’s Restaurant. You can also find the interior of the Elgin Theatre and the University of Toronto’s Scarborough campus in the film.

This 2008 movie was a smash hit. Filmed in Toronto this was not only a big movie for Marvel fans everywhere, but it was also a huge win for the former Mayor of Toronto, David Miller. Complying with everything the movie asked of him, Mayor Miller shut down Yonge Street for four nights. As a thank you to Miller, The Hulk’s director put a ton of noticeable Toronto outposts, like Toronto Eaton Centre and the University of Toronto, in the film.

The 2002 romantic comedy made a big splash on the silver screen. The independent movie about a young Greek woman falling in love with a non-Greek man was aptly shot in Toronto’s Greektown. You can spot many of the Danforth’s iconic spots like Pappas Grill, the Pantheon and Ellas Meat Market in the movie. They also shot the wedding scene at St. Nicholas Ukrainian Church near Trinity Bellwoods Park.

Scott Pilgrim vs. The World

Scott Pilgrim vs. The World stars everyone’s favourite nerdy comedian, Micheal Cera, who actually grew up in Brampton. The movie has a ton of visible Toronto connections including scenes shot on the TTC, across from Honest Ed’s and at Casa Loma. Some of the more interesting Toronto ties in this movie are hidden behind the scenes. The movie’s soundtrack features music by Torontonian artists Broken Social Scene (BSS) and Metric. Also, some of the songs Scott Pilgrim’s band plays in the movie are written by BSS’ Kevin Drew.

This indie movie is as Toronto as it gets. The movie was written and directed by Torontonian actor Sarah Polley and is a love letter to her hometown. The movie is shot at several locations throughout the city. The actors stroll through Kensington Market, take the ferry to Centre Island and dine at Dundas West’s The Lakeview Restuarant. The movie even features a couple of Canadian actors like Vancouver’s Seth Rogan and Hamilton’s Luke Kirby.