The best shows in Toronto this month, from Pearl Jam to a giant immersive theatre festival - Streets Of Toronto
Skip to content 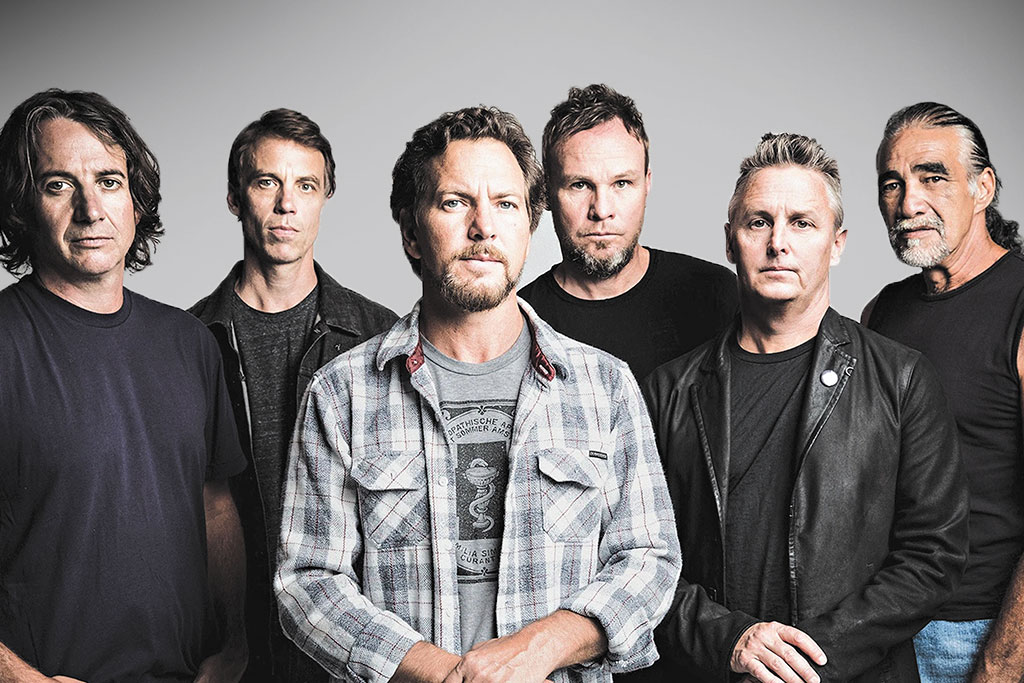 Pearl Jam is one of the last great rock bands standing. Its legions of fans were thrilled to hear Eddie Vedder and the boys were releasing a new album, Gigaton, out March 27, accompanied by a massive tour that checks into Scotiabank Arena on March 18. Pearl Jam is, of course, one of the most successful bands to come out of grunge-era Seattle in the ’90s, thanks to such massive hits as “Even Flow” and “Alive,” amongst many others. Expect a blistering old school rock show. And if tickets can’t be found for this date, there is always the Hamilton show on March 24.

This new production stars Kelsey Grammar. Yes, TV’s lovable psychiatrist Frasier Crane will be tromping the boards of the Princess of Wales theatre in a Sandy Wilson musical that first premiered back in 1954. The Boy friend is set in Madame Dubonnet’s finishing school in the south of France, where apparently perfect young ladies burst into song at the least provocation and forbidden boyfriends are forever popping through the French windows to sing and dance with them. The Boy Friend runs March 29 to May 3.

The city continues to be a comedy mecca, and sketch comedy, in particular, has been our thing going back 40 years to the creation of Second City and SCTV. Each year, the Toronto Sketch Comedy Festival celebrates the best in the sketch comedy game with 12 days of performances, parties and professional development. Audiences will see some of the best comedy troupes around such as the Tita Collective. The festival runs March 4 to 15 at Comedy Bar, the Theatre Centre, and Streetcar Crowsnest.

All the Little Animals I Have Eaten

This play from playwright Karen Hines (The Pochsy Plays, Crawlspace) is billed as a “biting meditation on capitalism, consumption, precarity and hope in her latest dark comedy.” So, it sounds kinda perfect. It’s set in the extraordinarily modern bistro of an all-women’s condominium, and it “follows a tender-hearted young server on the most harrowing shift of her life.” What could be better than a Toronto play about the fleeting dream of real estate ownership? For more information, go to Crowstheatre.com.

Popular hometown folksters the Skydiggers celebrate the 30th anniversary of the band’s first self-titled album with two special club shows at the Monarch Tavern on March 14. Peter Cash and the band will play the album, which includes such classics as “Monday Morning” and “I Will Give You Everything,”  in its entirety. This is a very rare opportunity to catch a legendary Toronto band at a very intimate venue. Don’t miss out. Go to Skydiggers.com for more information.

One of today’s most inspiring and original pianists, James Rhodes is coming to Toronto to make his Canadian debut at Koerner Hall on March 5. His story is almost as remarkable as his talent and originality: a tragic and abusive childhood, no formal training before he was 14, at 18 he quit playing entirely for a decade. Now, he’s one of the most celebrated pianists on the planet. For this concert, Rhodes will be playing three Beethoven piano sonatas. For more information, go to Glenngould.ca.

The National Ballet of Canada’s production of Romeo and Juliet, stunningly adapted for the ballet stage by Alexei Ratmansky, is set to premiere at the Four Seasons Centre on March 11. For more information, go to National.Ballet.ca.

A new theatre festival is dedicated to putting audiences right in the show. Running March 18 to May 17, the Wow Collection is an immersive theatre festival showcasing numerous productions set in a variety of non-traditional venues, including a library, a public bus and the patron’s own hotel room during an overnight stay. Go to thewowcollection.ca for a full rundown, but here are a few that caught our eye.

Curious Voyage: The festival’s flagship production takes place over two days, beginning in Barrie and travelling to Toronto, including a one-night hotel stay. Sounds epic. Tickets are $180, which includes the hotel.

Tales of an Urban Indian: This is a semi-autobiographical story of Simon Douglas, a contemporary Indigenous man, as told by the artist himself while on a bus between Toronto and Barrie. It stars Brendan Chandler as Simon.