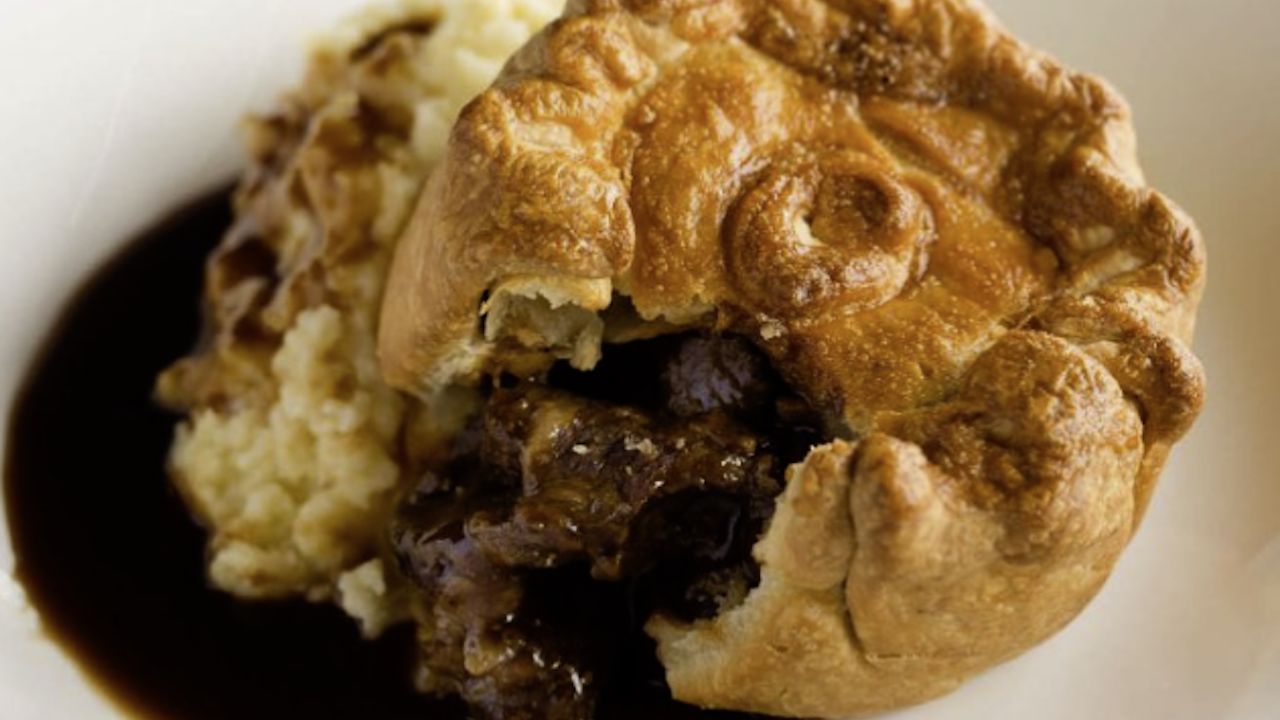 This week, the Government of Canada announced the start of the first official Irish Heritage Month. To celebrate, we’re searching for Irish restaurants and pubs that are serving up the very best in traditional dishes. It’s no surprise that we’re starting with Guinness.

These restaurants use Dublin’s own dry stout to make a flavourful gravy used in various meat pies. Check out these spots that offer the city’s best Guinness pies.

You can tell this pub has good Guinness pie simply by its very Irish name. Grace O’Malley’s is the kind of place you want to be on a Saturday while you watch the game, drinking Guinness and hanging out with your buds. But you won’t be disappointed if you come for dinner either, as this hotspot has a Guinness Pie loaded with the tenderest steak. The flaky homemade pie is served alongside mashed potatoes and a helping of mixed vegetables, while a beef gravy is drizzled over the top.

There’s a reason this franchise has so many locations across Ontario, since it might just be the MacCool-est spot in town. Horrible pun aside, on the menu you’ll find a deliciously loaded Guinness steak and mushroom bowl. The 100% Canadian beef is diced up tossed with button mushrooms and braised in Guinness. Served with Yorkshire pudding bowls and buttermilk mashed potatoes, this dish is sure to keep you full all night long—meaning you won’t feel it when you have just one more pint of Guinness with it.

This is not just another Irish pub. Tara Inn has been a Scarborough favourite for over 30 years. While they brag about their award-winning chicken wings and famous breakfasts, the menu at Tara Inn offers plenty of Irish favourites. The Guinness Pie is made from simmering seasoned beef and mushrooms in a stout broth. At Tara Inn, you’ll feel like you’re eating on the streets of Dublin, as this place hosts plenty of fun events like St. Patrick’s Day parties and live music.

A post shared by The Roy Public House (@theroypublichouse)

The wood-accented and faux-rock walls in this Leslieville restaurant make it seem a bit tamer than a lot of the other Irish pubs in the city—but that doesn’t mean they don’t know how to party. The Roy’s Guinness Steak and Mushroom Pot Pie is one you’ll be coming to the west end for again and again. The beef is tender, the mushrooms are fresh and the gravy is perfectly rich in Guinness. What else could you ask for?

Don’t worry—we wouldn’t dare talk about pie without adding Pie Squared to the list. It might not come from a pub, but it sure is Irish. This one’s a little different, in that it’s a beef and potato Guinness pie. It’s stuffed with a pulled smoke beef and seasoned hash brown potatoes. Guinness stout-infused gravy makes the whole pie come together, showcasing that you don’t have to be Irish to master the technique of a good ole fashioned Guinness Pie.