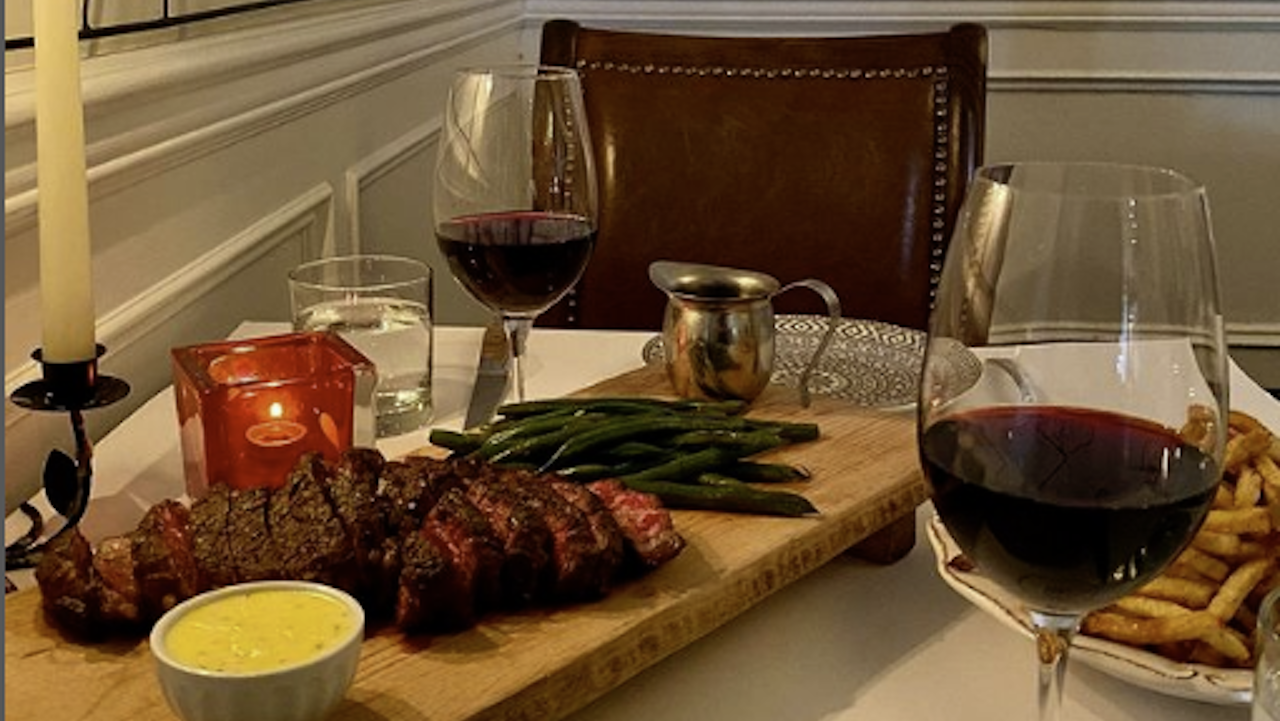 Who doesn’t dream of a getaway to the lively streets of Paris for an intimate night of strolling under the Eiffel Tower before ordering a glass of Chardonnay from a quaint streetside bistro—maybe with a baguette? What if you could experience that magic right here at home? There are plenty of romantic and magical French bistros in the city, and here are some of our favourites!

First on the list is none other than one of North York’s finest establishments. Auberge Du Pommier proves that romance doesn’t always mean top-floor city views and warm summer evenings. Instead, the charm of this bistro comes from the rustic cottage atmosphere that mimics the quiet of the French countryside. The menu is rooted in a classic French flare, with a touch of modern North American styles. With a wood-burning fireplace for winter and late-night dining and a full floral terrace for summer afternoons, Auberge Du Pommier provides a romantic city getaway no matter what time of year it is.

Le Papillon may have begun as a creperie when it first opened back in 1971 but, now, it operates as a full casual-style French bistro. The dining room is kept dark, illuminated by flickering candlesticks that hang from the exposed brick walls, to combine the atmosphere of a French brasserie with the elegance of the Old Toronto building Le Papillon can be found in. While the dinner menu is full of classic French fare, Le Papillon’s crepes still offer a certain je ne sais quoi that you won’t want to miss out on.

Right down the street sits another French gem, but it’ll feel like you’ve travelled to Europe at Biff Bistro’s streetside patio. With overhead umbrellas and wicker chairs, it provides a cozy place to enjoy a glass–or bottle–of a sauvignon blanc that comes straight from France. On the seasonal dinner menu, you’ll find French bistro favourites like coq au vin and steak tartare, while the dessert menu will satisfy you with a rich creme brulee. Pair it with one of Biff’s favourite drinks like the French 75 or Pom-tastic and you won’t want to leave.

Le Baratin might be small, but it’s rooted in French culinary tradition. The Brockton Village bistro proudly uses a veal-based stock to create their house-made sauces, which is rare to find. Alongside the short Parisian-inspired menu, Le Baratin offers a full brunch until 4pm. Le Baratin is more than a bistro, as they offer “La Cave,” which hosts several bottles and cases of the best French wines that can’t be found anywhere else in the city.

You may not have to be French or know the language to understand the meaning behind the name of this Little Italy bistro. Pompette describes that tipsy feeling when you’ve had just enough to drink to feel at ease and in love with the world, without having so much that you end up regretting the night. The state of pompette is where you want to be, just like this modern French bistro is where you want to be. The menu might be ever changing, but the techniques of the kitchen come from traditional French style. With over 350 bottles of wine from around the world and craft cocktails, don’t be surprised if you walk out feeling pompette.