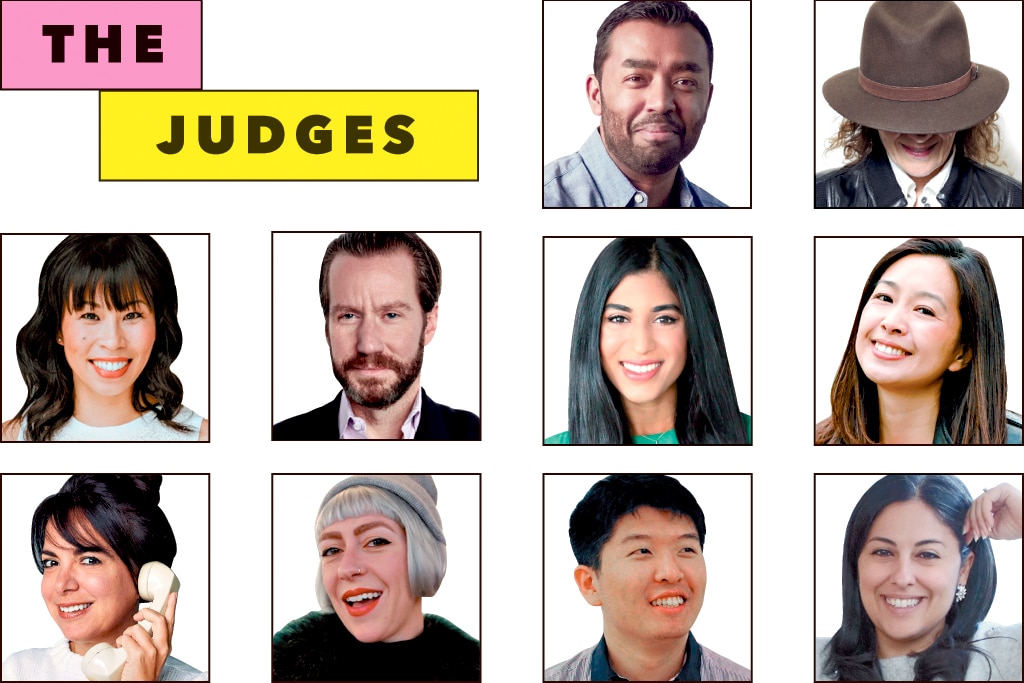 A donation has been made to the North York Harvest Food Bank to acknowledge the contributions of our judges to this story.

From unassuming neighbourhood eateries to big, splashy new venues, 2019 was a busy and exciting year for new restaurants in Toronto. To highlight which new spots stand out from the crowd, we polled some of Toronto’s top food writers, critics, and influencers on their favourite new restaurants of 2019. These are the most groundbreaking and impressive restaurants in Toronto right now according to our expert panel. POST CITY’S TAKE: Few restaurants were more highly anticipated this year than restaurateur Jen Agg’s pasta and wine bar, which had big shoes to fill taking over the space of her iconic restaurant, the Black Hoof. The new restaurant’s decor and menu bear no resemblance to its predecessor. The lean menu features comforting Italian classics that beg to be washed down with selections from the restaurant’s eclectic wine list. In typical form, Agg is breaking the rules with Bar Vendetta. The menu switches to exclusively nachos after midnight, and muffuletta sandwiches only in the early afternoon. In an even bolder move, Bar Vendetta is open from Sunday to Thursday, giving staff Friday and Saturday nights off (a rarity in the restaurant industry). In this way, Bar Vendetta looks to establish itself as neighbourhood restaurant rather than the newest hot spot for trend-driven diners. 928 Dundas St. W. POST CITY’S TAKE: Planta Queen is the third iteration of the Planta brand to hit Toronto, following in the footsteps of Planta Yorkville, which opened in 2016, and Planta Burger, which debuted in 2017. A collaboration between Steven Salm, president of Chase Hospitality Group, and chef David Lee, Planta Queen, like its Yorkville sister restaurant, continues to redefine what plant-based dining can look like. At Planta Queen, chef Lee presents plant-based variations on classic dishes from across Asia. The space, which is inspired by traditional Chinese courtyards, features hand-painted murals by artist Candice Kaye and a striking centrepiece of Japanese maple trees. The menu of small plates is designed to be shared and tables come equipped with Lazy Susans, so you can easily whirl those exceptional eats around to your dining companions. 180 Queen St. W.

SOLMAZ K, @THECURIOUSCREATURE: “I was hesitant to try plant-based dim sum and sushi but was blown away by the flavours packed into the dishes.” POST CITY’S TAKE: Lapinou bills itself as a “neo bistro,” a term that describes chef Jamie Ullrich’s reimagining of classic French bistro dishes with homegrown ingredients. Every element of the menu is hyper-seasonal — the restaurant even uses pickling techniques to preserve fresh ingredients off-season — which means the brunch and dinner menus are always changing. Whereas the food menu focuses on the local, the wine list dives deeper into the restaurant’s francophone influences with French bottles, many of which showcase lesser-known styles of French wine or come from smaller vineyards. The decor takes a cue from the restaurant’s classic-meets-modern theme, marrying exposed brick walls and antique lighting with a dramatic green marble bar. 642 King St. W.

KAROLYNE ELLACOTT, FOOD WRITER: “You’re transported the moment you step inside Lapinou. And the pillow-light gnocchi … truly ­comforting, it’s really all I want to eat this winter.” POST CITY’S TAKE: Although a bevy of excellent wine bars has opened in Toronto over the past few years, Après sets itself apart with its dedication to sourcing natural, organic and low-intervention wines. The restaurant features over 200 rotating bottles from around the world, all of which have been selectively curated from ethical vineyards. Après is the little sister to much-loved restaurant Canis and therefore, although the wines are the star here, the food menu is worth trying in its own right. As its name implies (in case your grade school French is a distant memory, “après” means “after”), Après is designed to be a spot where diners chill out after a full dinner at Canis — the two spots are only about a 15-minute walk away from one another along Queen West. Canis chef Jeff Kang has created a menu of small and shareable plates that are made to be eaten with wine. 1166 Queen St. W. POST CITY’S TAKE: This self-described “French-ish” bistro is the buzzed-about brainchild of Zach Kolomeir, an alumnus of Montreal’s revered Joe Beef restaurant. The carefully edited menu focuses on soul-warming French fare, prepared with plenty of butter (as the Lord intended) and with ingredients sourced from local farms, fisheries and other small producers. The restaurant’s name is a reference to the Dreyfus Affair — a political scandal involving a French Jewish military officer who was wrongfully convicted of treason in the late 19th century — as a nod to Kolomeir’s Jewish heritage. Jewish culture’s influence on Québécois cuisine is also evident in various dishes that make their way onto the restaurant’s ever-changing menu. The wine list, too, is constantly rotating and emphasizes natural wines. Dreyfus scores as many points for its cosy ambience as it does for its food. 96 Harbord St.

SURESH DOSS, CBC CONTRIBUTOR: “What I love about Dreyfus is that it dismisses whatever trend is currently blanketing the city and swings for the fences with unbridled modern French cooking.”

POST CITY’S TAKE: From the artfully plated dishes to the calming decor, everything about ēst is polished and beautiful. The concept comes from Sean MacDonald, a Calgary-born chef who before his 30th birthday has already taken home the Canadian title in the San Pellegrino Young Chef Competition. His ambitious debut restaurant specializes in tasting menus, both traditional and vegan versions, which focus on creative Canadian cuisine made using local ingredients. MacDonald has also been named a rising talent by the Art of Plating, and diners truly get to eat with their eyes first as each imaginatively arranged plate arrives at the table. Walk-ins can take advantage of the snack menu offered at the bar, which features dishes like aged confit duck on grilled focaccia and veggie-friendly options like red pepper chips with miso eggplant dip. 729 Queen St. E.

JACKY YOH, @THEEVERYDAYFOODIE: “”The tasting menu hits all the right notes in showcasing what Canadian cuisine truly is, with the most remarkable plating I’ve seen in any Toronto restaurant thus far. ” POST CITY’S TAKE: It’s no small feat that Ascari King West has managed to make an impact in a neighbourhood where other excellent Italian restaurants abound. Leslieville locals have been secretly savouring wonderful wines and house-made pastas at its older sister restaurant, Ascari Enoteca, since 2011, but the restaurant’s move westward put it in competition with Italian heavyweights like Gusto 101, Oretta and Buca. The new King West outpost has allowed Ascari to spread its wings with a larger kitchen and an expanded menu. Those familiar with Ascari Enoteca will see some familiar pasta dishes, but Ascari King West also adds a secondi section to its menu, featuring mains like 30-day dry-aged Ontario T-bone steak and whole grilled sea bass. The new menu brings diners closer to a classic Italian style of eating, with groups sharing antipasti and pasta before moving on to hearty main dishes. 620 King St. W.

AMY ROSEN, COOKBOOK AUTHOR: “It’s as if Nonna packed up her handmade pastas, put on a new hat and headed west.” POST CITY’S TAKE: Favorites introduces Toronto to a different side of Thai cuisine, going beyond the pad Thai and creamy curries that are ubiquitous on Thai restaurant menus across the city and instead playing with bolder, more intense flavours. Grills powered by Binchōtan charcoal take centre stage in the restaurant’s open kitchen, fueling a menu focused on perfectly charred dishes like Chiang Mai–style pork sausage and lamb chops with tamarind dip. The restaurant is a collaboration from the folks behind Khao San Road as well as Paris Paris and Superpoint, so there’s an ever-changing list of wines, mainly sourced from small producers, to pair with the fresh-off-the-grill eats. The space, which is tucked behind a Sam James Coffee Bar on Ossington, also channels Paris Paris with its bright, airy decor. 141 Ossington Ave. POST CITY’S TAKE: If you haven’t dined at Donna’s yet, it might seem like an unlikely choice for one of Toronto’s best restaurants of 2019: an unassuming 30-seater set on a nondescript section of Lansdowne Avenue. But the simplicity of Donna’s is exactly what makes it so special. The food is down-to-earth but thoughtfully executed. This comes as no surprise when you consider the background of the owners, a trio of Momofuku alumnai. The menu is ever changing but often features British, Danish and Canadian influences as nods to the various heritages of its owners. Like the menu, Donna’s decor is unfussy and homey, featuring an open kitchen and cheerful clusters of plants. The thing about keeping everything so pared down is that there’s nothing for the food to hide behind. In the absence of flashy plating and stylized decor, you’re left with quality dishes that stand out from the pack. 827 Lansdowne Ave.

VIJAYA SELVARAJU, FOOD YOUTUBER: “Donna’s is an ode to simple food done well. Each of their dishes showcases a handful of quality ingredients that shine in each other’s presence.” POST CITY’S TAKE: With an extravagant prix fixe menu and a Michelin–two star chef at the helm, Sushi Masaki Saito is truly in a category of its own when it comes to Toronto dining. After being awarded one Michelin star in 2016 at New York’s Sushi Ginza Onodera and a second star in 2018, chef Saito chose Toronto as the location for his first independent venture. His eponymous Yorkville restaurant is Canada’s first edomae-sushi restaurant. Edomae-style sushi involves aging fresh fish to bring out its more nuanced flavours. Saito imports all of his seafood from Tokyo’s Tsukiji Fish Market, and the restaurant’s menu changes daily depending on when he decides various ingredients have perfectly aged. The seven-seat restaurant has just two seatings per night, priced at between $380 and $500 per person. It’s pricey and reservations typically take two months to secure, but if you’re looking for a one-of-a-kind dining experience in Toronto, this is it. 88 Avenue Rd.

JACOB RICHLER, EDITOR-IN-CHIEF, CANADA’S 100 BEST: “Sushi Masaki Saito is commendably close to flawless (well, save for the price of admission!). In my experience everything else that’s new rather pales by comparison.… But I live in hope.”