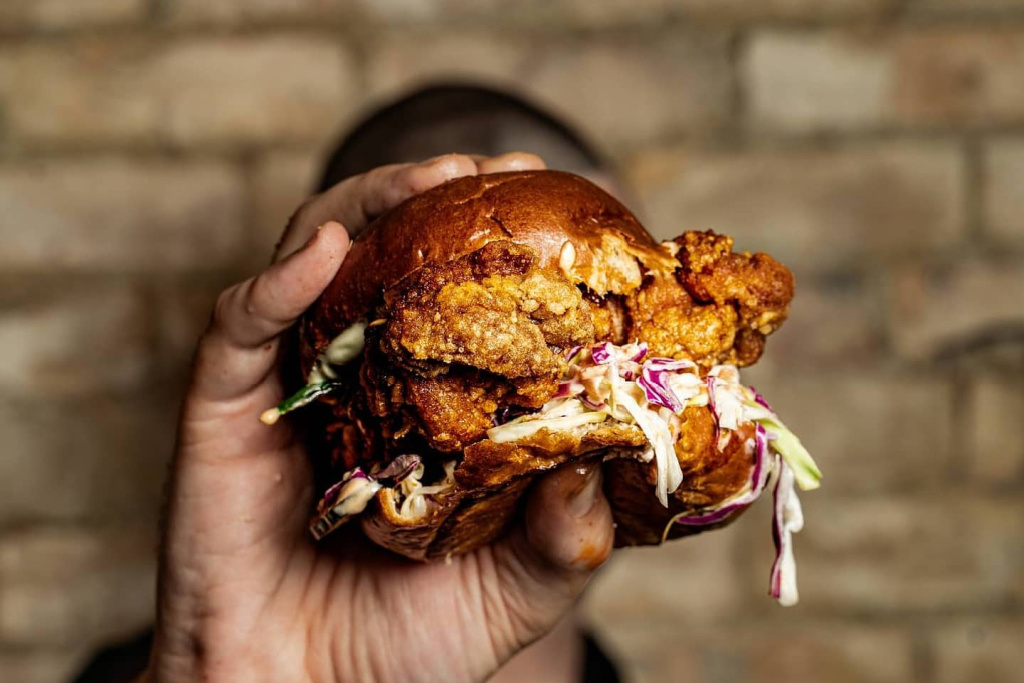 Next to pizza, fried chicken might just be the ultimate comfort food,  whether you prefer it smothered in maple syrup on a bed of buttermilk waffles, served up extra crispy with a side of fries, or tucked away in a brioche bun and topped with a pickle. The next time a craving for crispy comfort food hits, check out one of these five fried chicken spots in Toronto.

The Stockyards Smokehouse and Larder

Better known for its wood-smoked BBQ briskets, the Stockyards Smokehouse and Larder in the St. Clair neighbourhood has a competitive edge because it also serves fried chicken. Just two dishes are on the menu — fried chicken and Belgian waffles drizzled with chilli honey glaze and the Stockyards fried chicken dinner, which comes as four pieces of buttermilk marinated chicken served with fries, coleslaw, and hot sauce.

If you want a restaurant that’s completely devoted to fried chicken, look no further than Cluck Clucks. One section of the menu is dedicated to unconventional chicken and waffles combos, with six bone-in or boneless options, including the Cluck Yeah, which features chicken breast, a jalapeno and cheddar waffle, coleslaw, chipotle aioli and dill mayo. Other fried chicken specialties, including sandwiches, wings, strips and even fried chicken bites in a waffle cone are also available, with 11 different sauces to choose from.

Southern hospitality is alive and well at Chica’s Nashville Hot Chicken, run by husband and wife duo Matt and Carolyn who wanted to replicate the fried chicken they enjoyed in Nashville. Chica’s uses fresh ingredients that are made in-house, from the spices to the chicken itself, which is 100 per cent grain-fed, hormone-free and Halal. Chica’s offers a variety of fried chicken eats, including crispy chicken sandwich combos, boneless chicken bites with a choice of sauces, wings and half-chicken meal deals. Traditional Southern comfort foods are also served up as sides at Chica’s, including coleslaw, Cajun waffle fries and bean salad.

Anyone who’s been to London, England, knows there’s something magical about their fish and chip batter that can’t be replicated in Canada. The same is true for the fried chicken, but that’s something that London Fried Chicken is hoping to change. Located in South Etobicoke, with a downtown Toronto expansion currently in the works, the restaurant aims to bring a taste of the U.K. to the GTA, with a variety of fried chicken offerings, including two-to-16-piece meals with the choice of white or dark meat as well as hot wing combos. There’s also a kid’s menu, making this a great spot for family dining. Sides include BBQ beans, corn salad and coleslaw, and this spot also serves milkshakes in unique flavours including mango and banana.