Where to find the best BBQ in Toronto
Skip to content 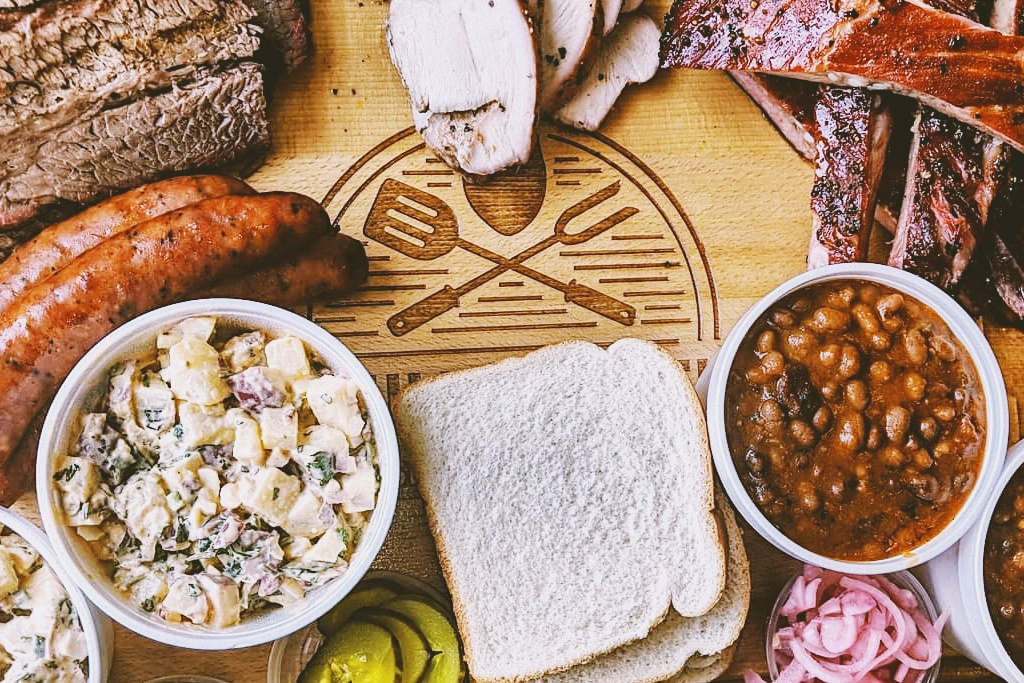 Whether you’re craving a saucy rack of ribs, smoked chicken that’s been slow cooking for hours or perfectly charred sausages, having these meals prepared via BBQ makes all the difference.

Toronto is home to many mouth-watering BBQ joints that specialize in bringing these fresh-off-the-grill flavours straight to your plate. Paired with a creamy potato salad, mac n’ cheese or sweet corn, the ideal backyard dinner picnic awaits. Here are our picks for the best BBQ in Toronto.

Wood-smoked BBQ and buttermilk marinated fried chicken are just a few of the things that the Stockyards Smokehouse & Larder is known for. Serving BBQ to the Toronto community for more than 10 years, the Stockyards keeps things traditional when it comes to dry curing, ageing and hot and cold wood smoking their meats. The BBQ chicken and ribs are traditionally smoked over hardwood embers for a minimum of six hours, and for as long as 16 hours, to achieve their irresistible flavour. The Stockyards also serves a number of grilled smash burgers ($9 to $18) and sandwiches ($11 to $15) that showcase meats like pulled pork, beef brisket and house-smoked hickory bacon.

Beach Hill Smokehouse specializes in Central Texas-style BBQ, with all of the requisite rubs, spices and flavours to match. With the goal of smoking and barbecuing meat so tender that it “falls off the bone”, Beach Hill takes inspiration from the Central Texan tradition of cooking the seasoned meats over indirect heat with pecan or oak wood. A selection of smoked meats sold by the half-pound includes certified Angus beef brisket, Halal smoked chicken, hand-crafted sausage links, pork ribs and turkey. There are also three sandwich options, each paying tribute to a major city in Texas. Beach Hill Smokehouse also bundles its BBQ into cookout kits that serve between four and six. The restaurant has two locations, both in the city’s east end.

Slow-cooked meats and classic sides are on offer at Cherry Street Bar-B-Que, which is set inside a historic 1920s building in the city’s east end. Serving some of the best BBQ in Toronto, Cherry Street Bar-B-Que functions as a counter service-style smokehouse. On the menu, you’ll find a wide range of BBQ and smoked meats priced by the half-pound or quarter-pound, including chicken, brisket, turkey breast, sausage, baby back ribs and chicken wings. Standout sides include classics like the coleslaw, cornbread and potato salad, alongside more unique pairings like the brisket beans and the crispy cauliflower.

Southern comfort food meets craft cocktails and fine wines at the Carbon Bar. The restaurant takes inspiration from smoking techniques and traditions found in Latin America and the U.S. The Carbon Bar features a selection of seven different meal kits, which are available for pick-up or delivery. Ranging in price from $34.95 to $79.95, the kits show off some of the Carbon Bar’s best BBQ, including Texas-style beef brisket, steak and smashed potatoes served with a bourbon peppercorn sauce, smokey pulled pork tacos, cheddar and jalapeno sausages and even kimchi using the burnt ends of the brisket.

Located in Parkdale, this top BBQ spot is more than a restaurant. Barque Smokehouse also operates a small shop where you’ll find a selection of spices, rubs, sauces and even wine, all available to take home. At the Barque Yard Grill, you can order a selection of burgers and barbeque items, including meat platters, which feed between two ($46) and four ($89) and feature smoked brisket, pulled pork and smoked turkey, plus tasty comfort foods as sides, like the Cajun mac n’ cheese and the everything bagel potato salad. Right now, Barque is also selling special Smoked Sunday Chicken dinners ($45). Available on Sunday only, this feast feeds four and includes one whole smoked chicken and BBQ fries, dill pickle slaw and four cans of Woodhouse lager.