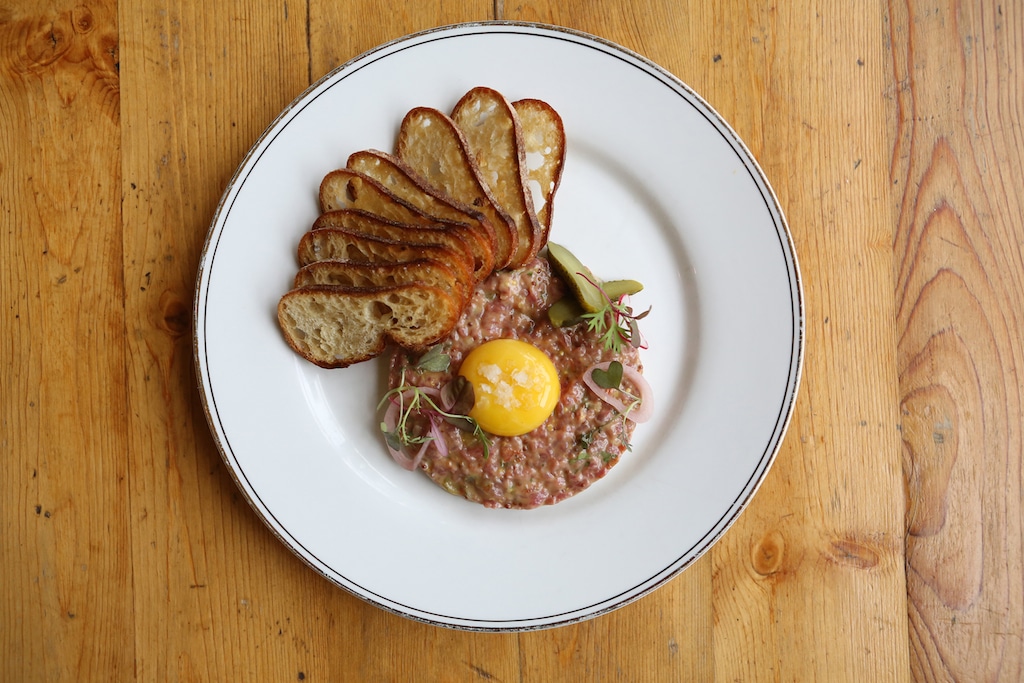 Three years after Parkdale eatery Chantecler was destroyed by a three-alarm fire, the much beloved French restaurant is set to make a long-awaited comeback.

A post on the restaurant’s Instagram shows a hand holding a large number of keys in front of a Toronto-area building with the caption, “Chantecler 2.0 let’s gooooo.”


It didn’t take long for close to 200 well-wishers to chime in with their excitement over the news, including owners of nearby businesses and those who were able to sleuth that the new location is right next to Christie Pits park in Toronto’s Bloorcourt neighbourhood.

Jonathan Poon and Jacob Wharton-Shukster ( of Le Phénix) first opened Chantecler back in 2012. Named after a heritage breed of chicken native to Canada, the French-Canadian bistro went on to earn much fanfare. In 2016, Poon left Chantecler and went on to open a slew of new restaurants including pizza joint, Superpoint, Favorites Thai and Ossington hotspot, Paris Paris. Rumor has it that Poon has two restaurants being developed in Yorkville.

Very little has been shared with regards to the new eatery, but according to the their Instagram bio, the restaurant has been renamed Bar Chantecler.  Keep an eye on their Instagram page for news and updates.