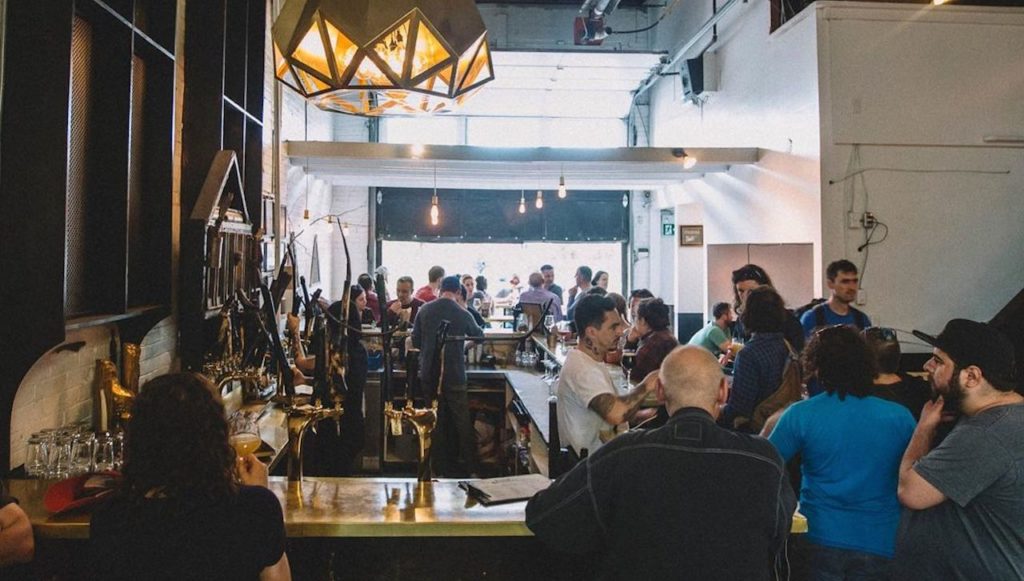 It’s been eight long months since the downtown mecca for meat-lovers, Beast, closed its doors for renovations back in May 2021.

But not to fret: as of Jan. 3, co-owners Scott Vivian and Nate Middleton have taken over the kitchen at Blood Brothers, a much-loved, west-end brewery and bottle shop owned by brothers Brayden and Dustin Jones.

“The timing was right for us, the partnership was right for us, and it’s a great big honour for us to partner with these guys,” said Vivian. “We’ve always had a huge respect for what they do and the quality of beer they put out. Blood Brothers has always been a staple craft beer on Beast’s menu over the years, so it felt right.”

The menu consists of Beast classics along with items Middleton created over the years he spent as executive chef at Home of the Brave and Petty Cash.


“We weren’t sure what the limitations were going to be moving forward, so we opened with a smaller version of the original menu we had planned, and as the week goes on, we’ll start introducing new dishes that will stay on the menu permanently,” said Vivian.

There will also be one set daily special which will include offerings like a meatball sub, venison chilli dog sandwich, and fish and chips.

According to Vivian, this takeover will continue for the foreseeable future.

“We talked about doing it for a year and seeing how it goes but it seems like a good partnership for both of us so I don’t see any reason to leave anytime soon.”

And when Beast reopens in March (fingers crossed), as Beast Pizza, we’ll get their take on a classic-style pizzeria with a ‘Beast’ twist.

“There will be more cool meat options – things you wouldn’t normally see on a pizza like venison and wild boar,” said Vivian. “We’re also going to have a chef’s table, so once we get comfortable with the pizza program, we’ll start doing animal dinners again.”

Beast at Blood Brothers is open seven days a week from noon until 10 p.m. with food available for pickup in the bottle shop through Ritual.