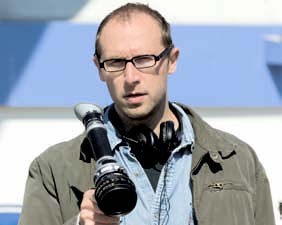 IT’S THE BEGINNING of summer 1988, and Ben Spector, a high-school kid from North York, is headed to the Bob Dylan concert. Along the way, he encounters tough-guy classmate Jordan, who convinces him to fork over some cash, so he can buy drugs. The next day, Jordan fails to show up at school.

As the days pass and there’s still no sign of Jordan, Ben finds himself in an increasingly serious predicament, one made all the more complicated by a burgeoning romance with Jordan’s sister.

So begins Victoria Day, which premiered at the Sundance Film Festival in January and opens in Toronto June 19. It’s the first fulllength film by York Mills Collegiate grad and writer and director David Bezmozgis. The film was shot and is set in North York where Bezmozgis grew up and attended high school.

The objective, suggests Bezmozgis, was to faithfully depict the teenage experience, in all its beauty and horror. “Films today that are about teenagers and directed at teenagers are usually pretty stupid,” he says. “I think kids lead complicated lives. A lot of them are pretty mature, and I don’t think they get their due.”

Bezmozgis drew on his own memories of York Mills to tap into the perspective of youth.

While the main plot is entirely fictional, some scenes, such as when one of the characters delivers the morning announcements over the PA (Bezmozgis’s high-school responsibility), were lifted from real life.

As a student, Bezmozgis was “pretty average,” he says, “not the most popular and not the least popular.” But he did have a strong artistic ambition. “While I participated in all the usual teenage things, I had some literary aspirations and probably conceived of some of our experiences, even then, as a story,” he says.

He credits Mr. Polley, his English teacher, for challenging him as a writer and for respecting him as a student. “He treated his students as if they were intelligent young adults, which is what we were,” says Bezmozgis.

As for the Toronto premiere, he says he’s just as excited as he was for the Sundance screening. “To premiere it at Sundance means to show Toronto on a world stage to people who are for the most part not from Toronto. To premiere it here, the film is basically coming home. And I think for Torontonians this is probably one of the first films to really show the city in this way.”