Band of the Week: Snowblink - Streets Of Toronto
Skip to content 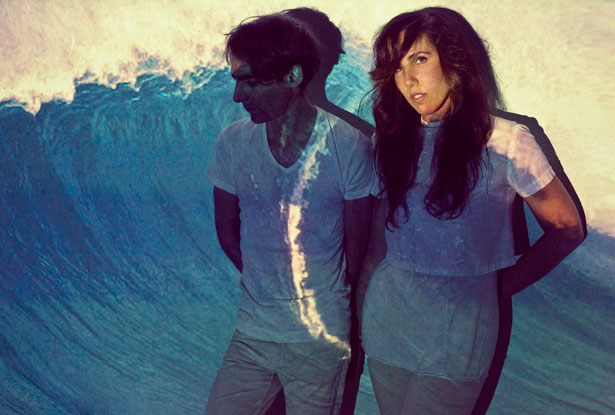 Not many people would make the move from sunny San Francisco to Toronto, but we’re so glad Daniela Gesundheit did. She’s teamed up with Dan Goldman to form Snowblink, a spiritually lyrical outfit which has infused our concrete city with some much-needed Californian granola whimsy.

Snowblink has transformed from a male choir-backed performance art piece to a compelling electro-folk duo that landed them opening gigs for Jeff Tweedy, Great Lake Swimmers and The Hidden Cameras.

After teaming up with label Arts & Crafts, their sophomore album Inner Classics — an ethereal, warm record punctuated by the lighter elements of rock — is slated for release in September. We caught up with Gesundheit to talk about covering '80s pop, Hawaii’s music scene and Snowblink’s upcoming performance at The Great Hall on Aug. 8.

So tell me about how the move from California to Toronto affected your music. I hear Dan was the one to convince you to move to town?
Yeah, true. There's a really thriving music scene in Toronto. I've been really inspired and challenged by that community. I definitely miss the nature aspect of California, and being able to go and untangle my writing thoughts out in nature. But I've enjoyed living in Canada. When I talk to my friends in the States, they're like, "Daniela, you have a Canadian accent now!" I don't know if that's true, but I feel like an honorary Canadian.

I understand Snowblink had a male choir, and now its just you and Dan. How does it compare?
It's pretty different. With the earlier versions of Snowblink, the male choir served as a performance art piece. In addition to singing and small percussion parts, they — I wouldn't say it was a dance performance, although they were all wicked dancers — would do unusual things, like cast fishing lines into the audience, obviously without a hook [laughs]. It had a theatrical element, it was playful and lighthearted. Now, as the duo format, we've tapped into the rooted, mystical sound.

How did that evolve your sound?
It happens slowly and imperceptibly. I remember hearing this anecdote about Andy Warhol. Every so often he would just shove everything onto his desk into his box and seal it up and throw it away, and he would never look at it again — sort of these upheavals. I definitely don't operate in that way. I like more glacial, gradual change. It happened pretty naturally. When I moved away, I started playing with other folks, and day after day, kept choosing the sounds I was excited about and it settled into what it is right now.

What do your side projects, such as Bruce Peninsula, bring to the table?
It's huge. Bruce Peninsula especially, when I first joined the band, there were 13 people, so it was like instant community. I'm forever grateful for that. Musically, they're like a roaring rock band, which is pretty different from what we do in Snowblink, so I felt like that might have infused some of the new songs on this record. There's a couple that have a stronger percussive element.

Tell me about your Eulogy series. What's your motivation for covering those artists?
I love straight up pop music, especially from the '80s and early '90s. Often the treatment of pop music, because it has such a broad reach and tries to lift people's spirits so high, the production is very thick, and I was interested in stripping down those songs and doing a more intimate presentation of them. Most people are familiar with the songs I chose, and they have a strong memory of what that song is, so if I'm presenting this version, the two can play against each other. I was realizing, as I was choosing these songs, that most of the people had passed away. And it's also my way of responding to these people who were bright lights — it's my tribute.

If we got a hold of your iPod, who would be on “most played” list?
Lately, I've been into shuffle. But, that said, I've been really into Hawaiian music. There's this record from the Lim Family from the '60s, and it's beautiful mellow music. I've just been enjoying those really mellow summer sounds.

Does that mean you picked up a ukulele on this record?
I wish! There is some miniature harp and banjo though.