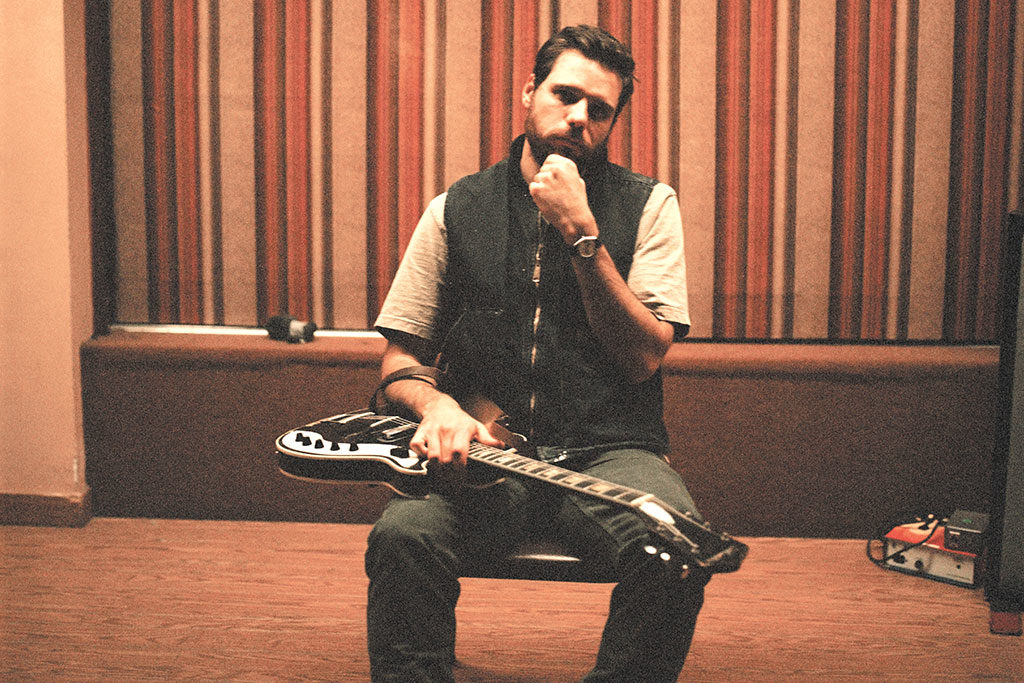 Afie Jurvanen, a.k.a. Bahamas, releases his new album, Earthtones, on Jan. 19, the day after he will shoehorn eager fans into a sold-out show in his hometown of Toronto at the venerable Massey Hall and the day before a free show and ice skate event at Harbourfront Centre on Jan. 20. But, for a while there, it was touch and go while the musician approached something akin to burn out.

After ten years, four albums and two kids, the Juno Award winner was exhausted, and some serious creative replenishment was required stat. It was 2016. He’d just finished a long tour for his breakthrough album Bahamas Is Afie.

What brought the mellow crooner with the golden guitar back was the chance to work alongside the acclaimed rhythm section of American musician D’Angelo: James Gadson and Pino Palladino, who have also worked with Beck and John Mayer, amongst others.

“I’m just a huge fan of the sound and feel of those recordings,” Jurvanen says, while on tour in Australia. “Pino and James just play music, free of genre or references. We didn’t discuss approach or do any rehearsals. I just started playing the song, and their instincts led them to all the right places.”

Their work together revived the talented singer-songwriter, and almost overnight, they’d written enough songs to get a band together and into a studio to start work on what would become Earthtones.

“It was a very positive experience and frankly very easy,” says Jurvanen. “The album has a relaxed energy to it, and I think they really contributed to that.”

The resulting recording certainly sounds like what we’ve come to expect from Bahamas, but there is an extra bounce in Jurvanen’s musical step. It’s hard to imagine this came out of a guy on the verge of burn out.

It’s joyous and full of life. Whatever happened in the studio, it worked out fine in the end.

And there are more than a few surprises, including the track “Bad Boys Need Love Too,” which is very close to an old school R & B jam with its groovy bass line and some growling backing vocals by Gadson.

Jurvanen says it’s the best album he’s ever made, and it’s hard to argue. Even Taylor Swift put his single “Way With Words” on her Apple Music playlist of favourite songs. So there’s that.

Jurvanen kicked off the North American leg of his Earthtones tour in Halifax on Jan. 12.

Onstage, Jurvanen acts just like one might think listening to his music. He’s mellow and happy-go-lucky with some of the best stage banter in the game, something that seems to come naturally.

“I’d love to just stand up there and sing like a cool indie band,” he says. “But I’m way too dorky to pull that off.”

And here’s another inside scoop: though he goes by the name Bahamas, and his record label is run by Hawaiian surfer–cum-strummer Jack Johnson, apparently Jurvanen is not so comfortable riding the waves.

“I’m a terrible surfer. I’ve only done it a few times,” Jurvanen confesses. “I’m more into fly fishing. Just got back from an amazing trip to the Tongariro in New Zealand. Incredible scenery and amazing fishing.”

Earthtones by Bahamas is released on Jan 19