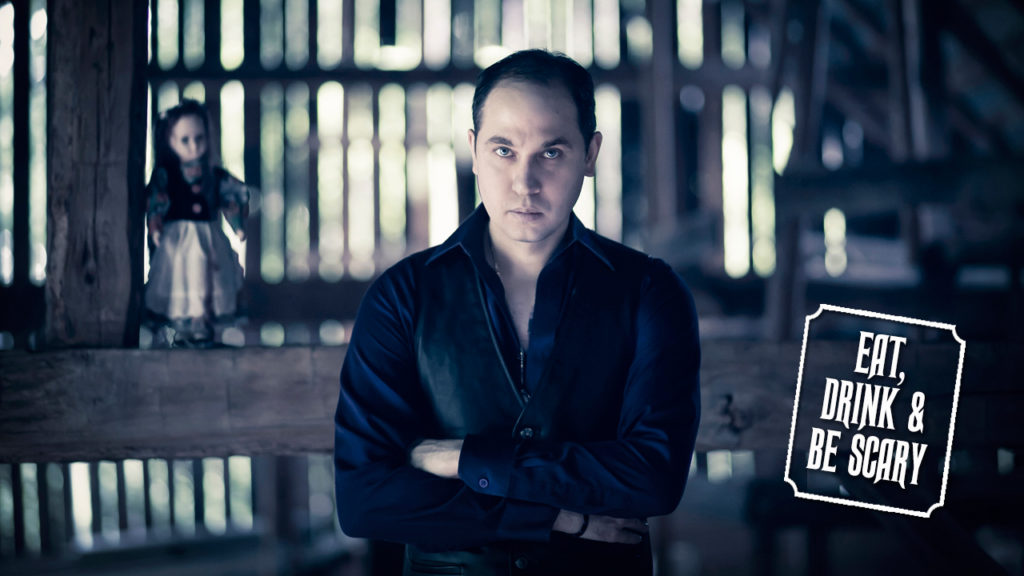 Mentalist Jaymes White is hosting an authentic Victorian séance in Toronto from Oct. 1 to Nov. 27. The Eatonville Farmhouse will be held at the farmhouse of the same name, one of the city’s last remaining farmhouses from the Victorian era.

White’s shows have been completely sold out across Canada since 2015. The séance groups have been reduced to 13 -16 guests in accordance with the Covid-19 protocols.

Participants will meet outside The Red Cardinal Tavern at 555 Burnhamthorpe Rd., unit 102. They will then be escorted to the Séance location.

White, who is originally from Ottaway, said the inspiration behind these seances was to create a different experience that didn’t use jump-scare tactics.

White uses hypnotic suggestion and mind control in his séances and has also trained his memory to be more powerful.

Eatonville will recreate the séances from the Victorian era, which used different techniques such as pendulum, automatic writing, and table rappings with everyone holding hands in a circle.

Keeping with the Covid-19 guidelines, White said he will replace table tapping with Shimenawa, a Japanese technique that uses an enclosed rope for ritual purification in the Shinto religion.

“They believe if you hold onto the rope and you’re in a circle, [the rope] protects you and ward off evil spirits. So instead of holding hands, we’re gonna hold a rope in a circle,” White said.

As a collector with over 300 haunted items, White said he’s always wanted to host a show at a location like The Eatonville Farmhouse that has several haunted items.

“[The séance] is based on the things in the house, rather than the house,” White said. “We’re not 100% sure yet because we haven’t been there long enough, but we believe because of everything in the house, that’s what makes it haunted.”

White said the best way to prepare for the seance is to keep an open mind.

“If you go into this with a closed mind and you don’t really care, nothing’s gonna happen because you’re not allowing yourself to have something happen.”

For more information about the show, visit https://www.jaymeswhite.com/seance/