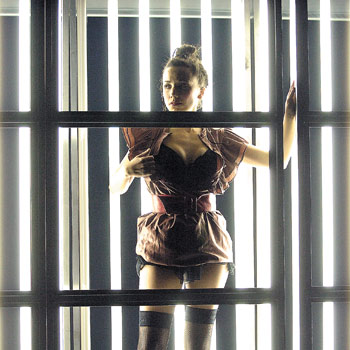 GREAT CITIES SHOULD have great cultural choices: concerts, live drama, museums, galleries and more. And thanks to our Luminato arts festival, there are many tied up in a neat, little 10-day bow this month from from June 5 to 14.

The theatrical events are not numerous, but they are certainly intriguing. One of them is Lipsynch, a nearly nine-hour epic by one of Canada’s most internationally respected theatrical directors and creative souls, Quebec’s Robert Lepage.

Lipsynch has already played to rave raves in London, Madrid and Sydney, Australia, and when one encounters reviews such as “mind-blowing, heartbreaking, hilarious and beautiful beyond words,” it is difficult to not get interested.

There are six acts, each running around an hour in length, broken up by 20-minute “entr’actes” and one meal break of 45 minutes, and will be presented in full only a handful of times at the Bluma Appel in the St. Lawrence Centre, with tickets ranging from $75 to $125.

Two other works leap out, for very different (but profoundly Canadian and artistic) reasons. Zisele, a celebration of Yiddish culture written and performed by Tel Aviv’s admired Beit Lessin Theatre. It is a North American premiere and is filled with songs by one of Israel’s most gifted composer-singers, Chava Alberstein.

Both Lipsynch and Zisele were actually co-commissioned by Luminato, which I find thrilling. Genius can be found anywhere, and we in Toronto may have been unfairly ignoring Edmonton’s Catalyst Theatre, run by its artistic director Jonathan Christenson for several years now, whose award-winning adaptation of Mary Shelley’s Frankenstein won numerous awards since its debut and tour in 2006 and the months following.

The title of this show is wonderfully suggestive — Nevermore: The Imaginary Life and Mysterious Death of Edgar Allan Poe — especially for me, since I’ve taught many of the poems and stories of that grotesque, tragic American writer over the years (dead at 40 by suicide, alcoholism or …), and I am still haunted by a beautifully written essay on him in the New Yorker a few weeks ago.

Based on several reviews of this production, it sounds marvellous: there are extracts and references to some of Poe’s poetry and most frightening, eerie short stories (“The Tell- Tale Heart,” “The Fall of the House of Usher,” “Murders in the Rue Morgue”), and I can think of few writers whose creations mirrored their own awful, horror-filled lives and are more worthy of dramatization.

None of these shows have appeared in Toronto, and in two cases, even in Canada. But I urge you to check them out and the many happenings around the city during this 10-day event. If experiences like Luminato do not define a great city, then what does?