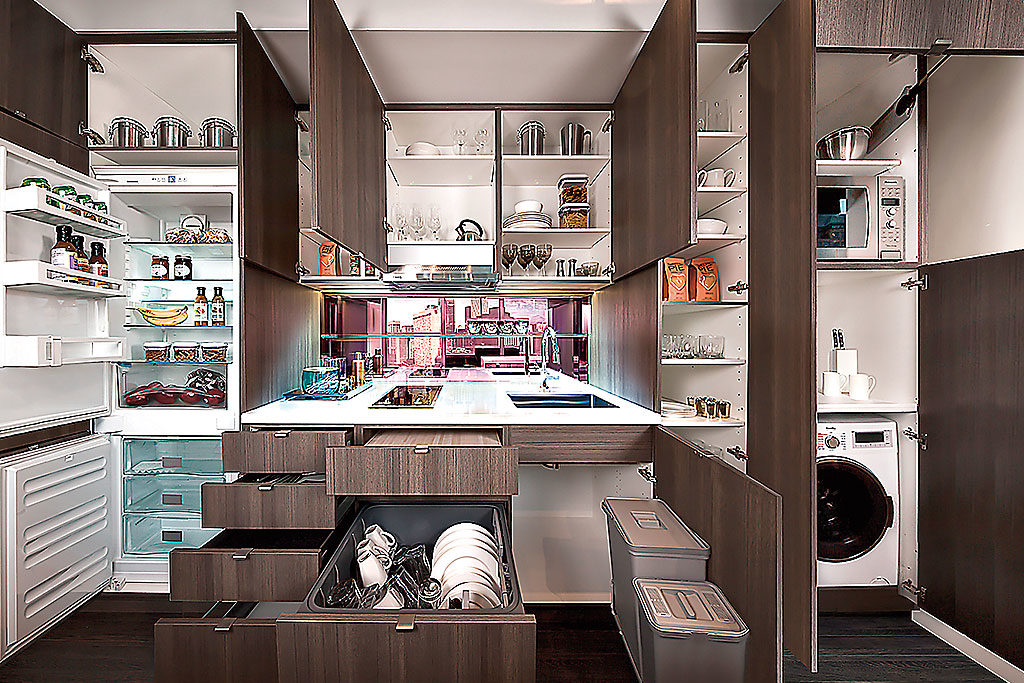 One way to combat Toronto’s increasingly expensive real estate market is to not only shrink expectations but also the size of the homes themselves. Enter the micro condo.

Micro condos are smaller than the average space and may contain certain innovative uses of space including such things as built-in furniture so there is no waste of space at all.

But there is some ambiguity over the term.

“Micro condo is not an official term. It is something that people refer to for smaller size condos,” said Andrew la Fleur, a Re/Max real estate agent who specializes in micro condos.

The Toronto trend of micro condos arose around five years ago, la Fleur said, but died down as developers shifted to larger units for a couple of years. They are now emerging once again.

They are inspired by smaller living spaces that are popular in Japan, Hong Kong and New York City as well as the trend of minimalism.

Currently, the average price of a condo in the city of Toronto is almost $600,000, up seven per cent from a year ago despite a 14 per cent drop in the number of sales. And some predict Toronto’s tech boom could make it even harder to score a home in the years to come, especially condominiums in central areas. Toronto now ranks as the fourth best tech centre in North America.

“Over the last year, prices have risen so much across the board that developers are now turning back to smaller units and studios because they are finding that it is becoming harder to sell condos because the price points are just so much higher,” la Fleur said. La Fleur said that micro condo units sell out very quickly, mostly due to the price, and because of that, it attracts investors very easily, who like its “good cash flow.”

“There is limitless demand for them,” la Fleur said, who noted that although once it was just students who were interested in the small spaces, now most people are seeking them out, including professionals, couples and sometimes small families.

A development that was one of the first to fully embrace the micro condo concept is Smart House, which began selling in 2013 and is now welcoming its first residents.

Located at Queen Street West and University Avenue, Smart House has studio units as small as 276 square feet, said Terry Lustig, a development manager at Malibu Investments, the company behind the project.

“Since we started designing the building in 2013, the trend for units is generally to be getting smaller and smaller as an affordability thing.”

“Since we started designing the building in 2013, the trend for units is generally to be getting smaller and smaller as an affordability thing,” Lustig said.

Five years ago they sold units in the lower $200,000s, but Lustig is “sure they have gone up in value” since then.

“I think it was the location that attracted [purchasers],” Lustig said. “It wasn’t for everybody, but we sold out the building well before we were under construction.”

Lustig said that Smart House predominately attracted young professions, but she also saw a lot of interest from people who want to downsize or people who don’t live downtown but want a small place that is easy to take care of that they can go to on the weekends.

So how does one live in a tiny space? What sets some micro condos apart is that they are incorporating innovations to help make the most of the space.

In addition, because the price point is significantly less than the average condo unit, the homes move quickly on the resale market.

For Smart House, Lustig says that they looked into how to make things fully functional in a smaller space. Innovations include increasing storage area where possible, such as double hangings in closets, larger shelves and retractable kitchen countertops.

They also included Murphy Beds as an add-on. (These are beds that hide in the wall during the day to create a multi-functional room.)

Other projects are finding smart ways to save space as well.

Just outside Toronto, says la Fleur, the Universal Studios project features a built-in desk, table and couch, so it comes as a complete package and move-in ready.

Some companies have even developed a technological solution to the small space challenge, such as Ori Systems, which has created a movable wall that users can control with voice commands to either Amazon’s Alexa or Google’s Assistant to have it move to create more space.

Although the price and location of these new small spaces are attractive, one has to question whether it is actually enjoyable to live in them. Pouneh Rouhani, a managing director at a real estate development firm, lived in a 450-square-foot Liberty Village loft from 2014 to 2016.

She said the smaller space did take some adjustment.

Rouhani was also frustrated at first with not being able to host guests, as she could only have one or two people over at a time.

However, Rouhani found a way to adjust to the new lifestyle.

“You learn to live around [it]: how to use the amenities of the building, how to dine out more rather than having [people] at your place.”

Lustig agreed that the smaller space does require a different kind of lifestyle but said it is one that people are embracing.

“What you end up living in is really just a place to sleep and hang your clothes,” she said.

Rouhani found a way to view the smaller space in a positive way.

“It actually helped me in being more efficient, to have just what I need to live with and not go excessive,” she said. “I brought that rule to keep everything minimal to my new place. You don’t need the extra stuff.”

Whether you’re embracing minimalism by choice or by necessity, you’re part of a new lifestyle trend. Micro condos could play a big role in Toronto’s future.