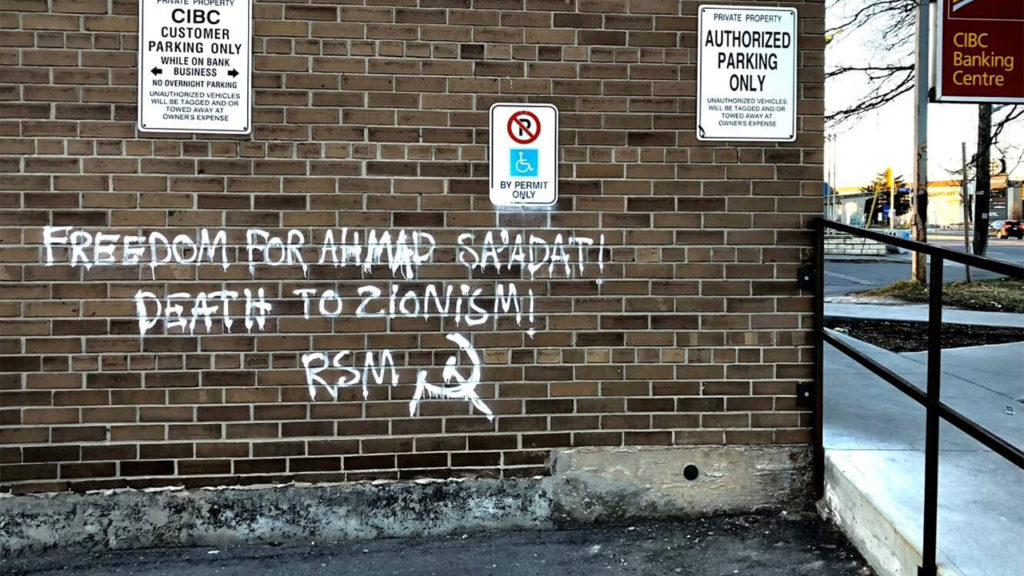 A spike in anti-Semitic incidents in May is connected to the conflict between Israel and the Palestinian group Hamas in the Middle East, a Toronto Jewish community group claims.

The report from the United Jewish Appeal (UJA) Federation of Greater Toronto found that more than 50 anti-Semitic incidents were reported in the GTA in May — five times the monthly average of 2021.

UJA said there has been a “sharp increase” in the number of incidents reported since fighting between Israel and Hamas reignited on May 10.

“There is a clear correlation between anti-Israel activism and antisemitism in Canada,” the report stated. “We have seen time and time again that anti-Israel agitation can lead to attacks on Jewish community members verbally, physically, and online.”

There is reportedly also a rise in Islamophobic incidents. Premier Doug Ford issued a statement condemning the increase in all hate-based acts.

All Ontarians hope for a peaceful resolution to the heart-wrenching conflict in the Middle East. pic.twitter.com/0Ar4ASpAvj

The alleged anti-semitic incidents outlined in the new report include a Jewish community member chased out of a retail business, a father and child told they should have been “gassed” and “burned,” a family called “baby killers” by a group in a vehicle flying a Palestinian flag, fake eviction notices posted on private residences with mezuzot (small scrolls fixed to the doors of Jewish homes), and hateful graffiti written on the wall of a synagogue and Jewish daycare’s parking lot.

The incidents occured mostly along Bathurst, where many Jewish residents live, and clustered around Bathurst and Lawrence as well as Yonge and Dundas, where pro-Palestinian demonstrations have been held.

They were reported through UJA community security hotline and website.

“Over the past few weeks, we have seen a critical mass of incidents that overwhelmingly confirm that our Toronto Jewish community has experienced an alarming surge in antisemitism,” said Adam Minsky, President and CEO of UJA Federation of Greater Toronto, in a statement.

“The volume and vicious nature of the recent incidents we’ve seen right here in our city should be a wake-up call for all Canadians.”

UJA encourages anyone in danger or witnessing a crime to call 911 immediately, and also highlights its 24/7 hotline to report incidents.

“If you see something concerning, please say something,” Minsky said.