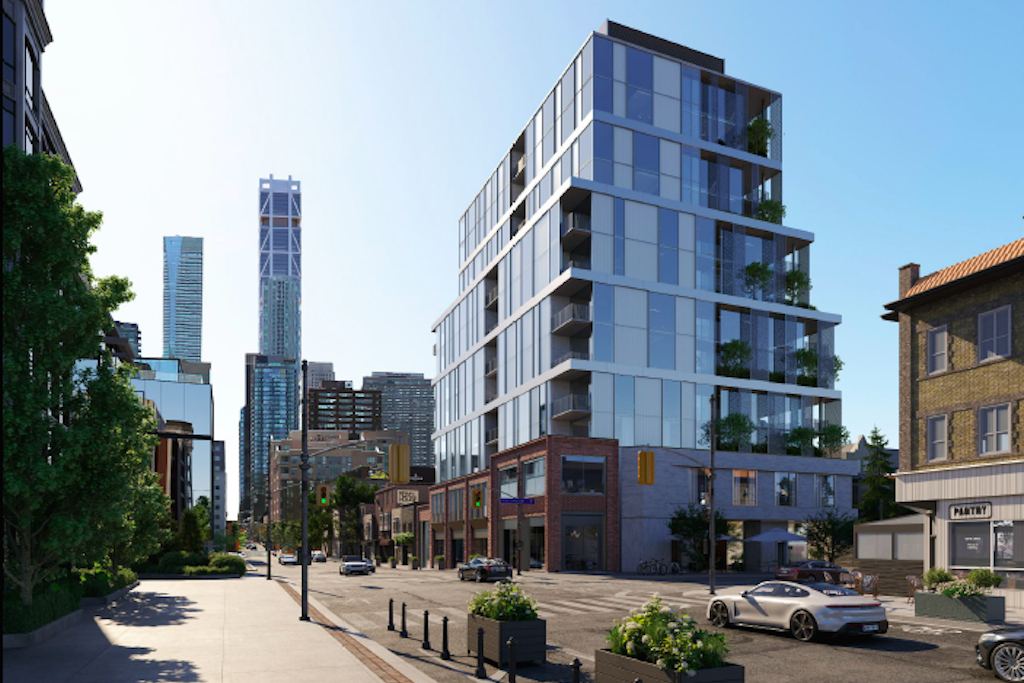 A popular Rosedale and Summerhill neighbourhood hub at the corner of Yonge and Roxborough is set to be demolished and replaced by a 12-storey condo tower, according to a new development application.

The site is currently home to a Starbucks as well as the popular sandwich shop Grandma Loves You and other assorted retail uses.

Although the application notes it is a transit-oriented development, and so it should be given that it is within walking distance of two subway stations, the proposal also includes more than 50 parking spaces, almost two per unit.

The development will also be 60 per cent three-bedroom units, 33 per cent two-bedroom units, and just seven per cent one-bedrooms, which is the style of unit that will allow those living in the area and looking to downsize a great opportunity to remain in the neighbourhood.

According to the development planning application, the team behind the development have already met with local councillor Mike Layton, as well as the ABC Residents Association. The next steps of the process include a preliminary report that will go to Toronto & East York Community Council as well as the scheduling of a public meeting.

The proposal is just one in a number of new condo towers on the way that are on the boundary of Rosedale and Summerhill as development pressure from the south in Yorkville and to the north at Yonge and St. Clair move relentlessly towards this once-quiet, upscale nabe.

Councillor Layton is reviewing the application before commenting. We will update the story.