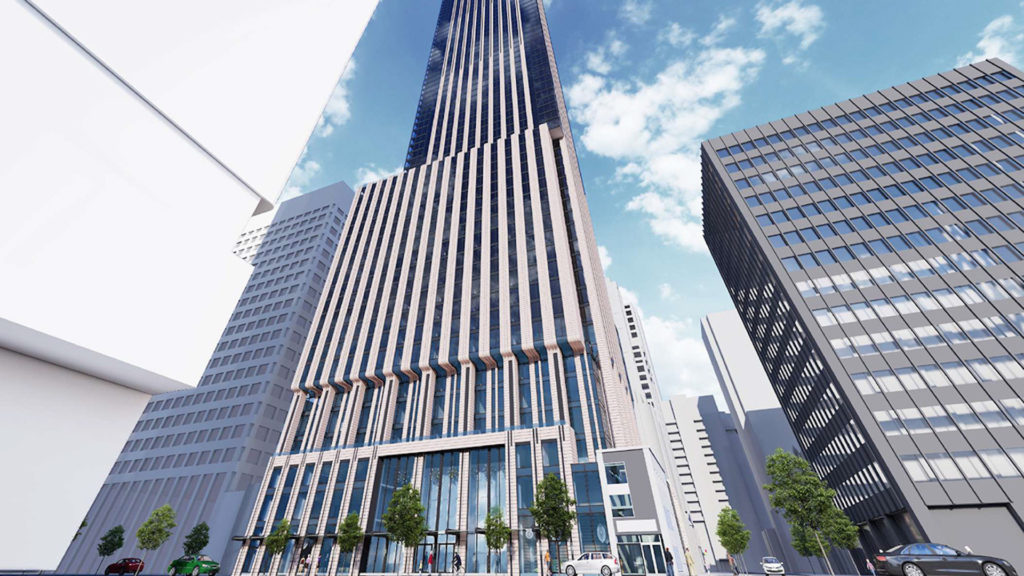 Another tall tower is being proposed for Toronto’s Yorkville neighbourhood to create more housing in the city, but residents are concerned about a lack of public space.

An application was submitted to create a 79-storey tower at 83-95 Bloor St., essentially taking up half a block between St. Thomas and Bay on the south side of Bloor.

The proposal from developer Parallax Corp. includes 1,118 residential units with retail on the ground floor but no offices in the building.

The tower is the latest addition to a number of other tall projects in the area, including a 79-storey tower across the street, where the clothing store Harry Rosen currently sits.

However, that proposal for 80 Bloor St. W. included a deal for the developer to expand Yorkville Park, providing more public space in the area in exchange for height.

The application for across the street, though, does not include any public space plans.

Alan Baker, president of the Greater Yorkville Residents Association (GYRA) said the proposal has “no redeeming new features at all for the public.”

“They end up with another tall building on Bloor Street,” he said.

The plans include the preservation of the facade of one heritage-listed building, where the Georg Jensen store used to be, which dates back to the 1950s. Baker is in favour of this to avoid a wall of glass along the street.

Local councillor Mike Layton said the height of the building is a “little bit aggressive” and is concerned that the density in the area might outpace the infrastructure.

Ideally, the city would work with the developer to include amenities for the neighbourhood, but Layton said it currently does not have great bargaining power due to the developer-friendly Ontario Land Tribunal (OLT), to which developers can appeal city decisions.

Layton said developers know they might get a friendly decision there, so are not too concerned with including what the city asks for in their applications.

Nevertheless, Layton doesn’t think this application will “fundamentally change” the area, but the growing precedent of tall towers in the area could eventually cause the “dam to break,” he said.

“We can’t just keep putting buildings out without providing the appropriate services.”