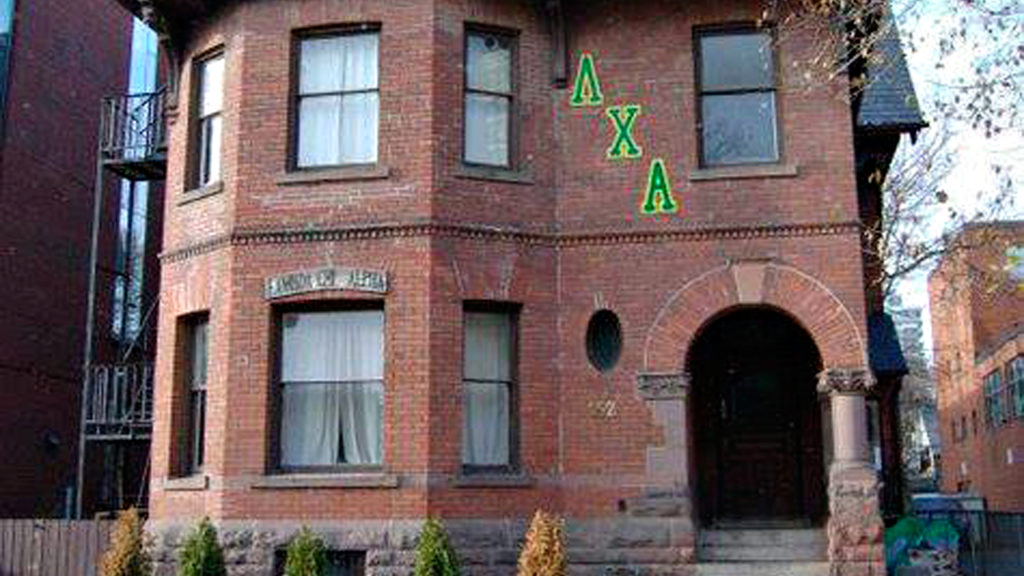 With in-person university back in session in Toronto, one Annex fraternity is opening communication to the community regarding noise complaints after decades of frustration from residents.

Oskar Dunklee, president of Lambda Chi Alpha Fraternity, posted a letter to a local Annex Facebook group that gave his personal cell phone number and encouraged residents to call or text it if they felt that fraternity brothers were not “respecting you as a neighbour.”

“Please call or text my personal cell phone number … at any point of the night, and we will immediately rectify the situation,” Dunklee wrote.

“We will be observing all provincial health, wellness and social distance guidelines, and … we are not putting any attendees in any form of risk,” he also said ahead of a “recruitment event” in the area.

Annex Residents’ Association Chair Rita Bilerman is happy with the initiative but is also wary about the future.

“It’s always great when I see people taking initiative and responsibility for their actions,” she said. “Full marks for that.”

While Dunklee may be a good apple among the dozen or so fraternities in the area, Bilerman said the turnover of fraternity brothers is so high that “everything falls apart again” in a year or two.

“It should not be my responsibility to make them grow up,” she said.

For decades, a handful of fraternities in the Annex have disturbed neighbours with late-night parties. Bilerman said complaints against the fraternities date back to the 1980s, but nothing has really been done about it.

“City police have bigger fish to fry,” she said. “These houses get free rein and … unless there is a violent situation happening, [police] won’t come.”

While the last year and a half have been relatively quiet due to the COVID-19 pandemic, Bilerman is still concerned about the potential danger if the parties start up again.

In November 2019, three people were stabbed at an Annex frat party, and Bilerman said there have been two deaths over the last few years.

“Once there was a woman screaming ‘rape’ in my yard,” she said. “My big fear is that more people are going to get hurt, assaulted, killed.”

Dunklee explained to Post City Magazine that he gave a direct line of contact to receive “questions, concerns or feedback on how to do things better or work towards common goals.”

“I just felt it was the right thing to do,” he said.