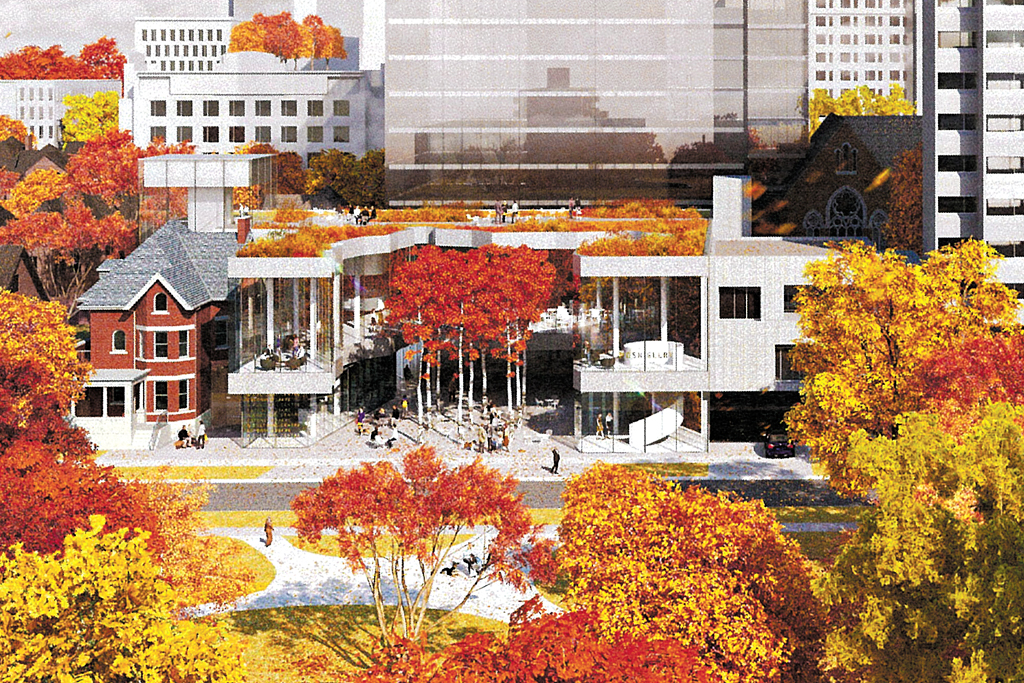 Toronto’s Estonian community will soon have a new cultural centre in the Annex that residents say is a welcome addition to the neighbourhood.

The International Estonian Centre is set for construction between 9 and 11 Madison Ave., a little north of Bloor Street West. It will integrate and restore a heritage building that dates back to 1891, and a new modern structure will replace the Green P parking lot.

The three-storey building designed by Alar Kongats Architects will include an Estonian and Latvian credit union, bistro, music performance space, classrooms, rooftop green space and a business accelerator, according to Ellen Valter, the board chair of the Estonian Credit Union.

Valter said that the area is a perfect fit for the centre, given its proximity to the Tartu College student residence, which is also owned by Estonian organizations. The centre will replace the community’s current hub on Broadview Avenue.

“It made a lot of sense to consolidate all of our activities into this one area,” Valter said. “It’s an opportunity for us to reflect on what Estonia is today and who we are as a community in Toronto.”

Councillor Mike Layton is in favour of the project and said it works well within the context of the neighbourhood, given the street already hosts a number of institutions, such as the University of Toronto.

“It’ll be a big facelift to an area that hasn’t seen much development,” he said, “but in a relatively attractive way.”

Layton said that the development will also include a cut through to Huron Street that will link the centre’s publicly accessible courtyard to another redevelopment at 300 Bloor St. W.

Residents are also pleased with the project.

“We’re just thrilled,” Annex Residents’ Association (ARA) director Sandra Shaul said. “It will be a nice addition to the end of the street.”

Shaul said she likes how the structure’s height fits in with the rest of the street and will provide a “beautiful” transition to a taller building on Bloor.

“We’re happy to have them,” she said.

Valter said construction will begin as soon as possible once COVID-19 restrictions are lifted, and she hopes the $25 million centre will be completed in 2022.