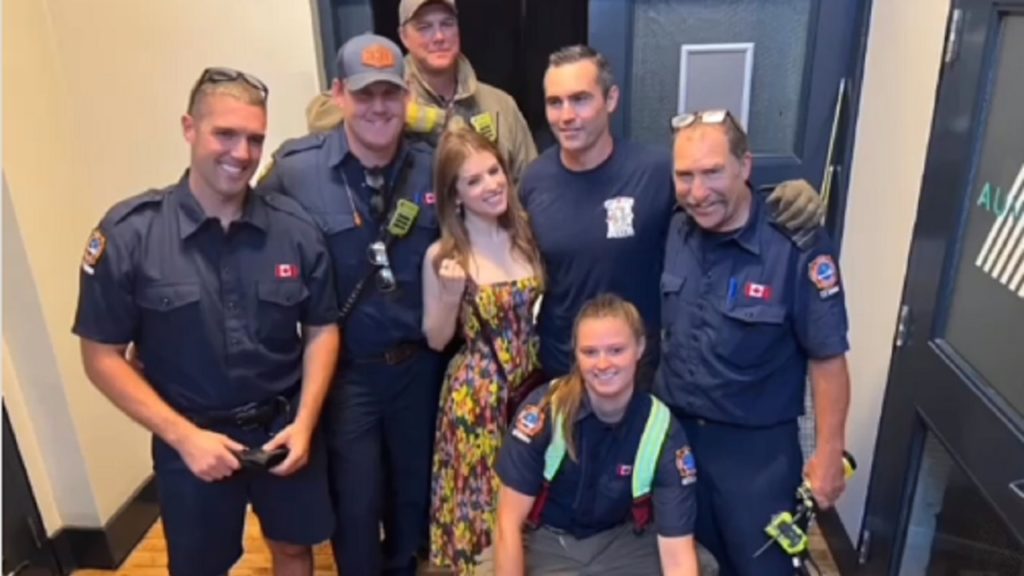 Although her Toronto International Film Festival appearance got off to a shaky start, actor Anna Kendrick was able to make it thanks to the efforts of the Toronto Fire department.

The movie star, best known for her turns in the Pitch Perfect films, got stuck in an elevator on the way to the premiere of her new film Alice, Darling at Roy Thomson Hall yesterday. She documented the incident on her phone, which she later posted to Instagram.

“Ah, the classic “I’m behind schedule at this film festival because I had to be rescued from an elevator” excuse #TIFF22,” she wrote on the post.

The accompanying video shows Kendrick and a group of people in the elevator with her waiting, making jokes, and staying calm considering the situation.


At one point, Kendrick jokingly exclaimed: “This is why I shouldn’t leave the house without at least a little airplane-sized (alcohol) bottle because you never know when you’re going to get stuck in an elevator.”

Eventually, Kendrick and company were rescued when a ladder was lowered through the roof of the car, and everyone was pulled out of harm’s way.

Kendrick took some pics with her firefighter rescuers to commemorate the occasion before heading to her event.

Alice, Darling stars Kendrick as Alice and is described as capturing “the anxious psychology of a woman in an abusive relationship as her friends try to reconnect with her while on a cottage getaway.”

The movie is showing again today at 2:55 p.m. at Scotiabank Theatre.