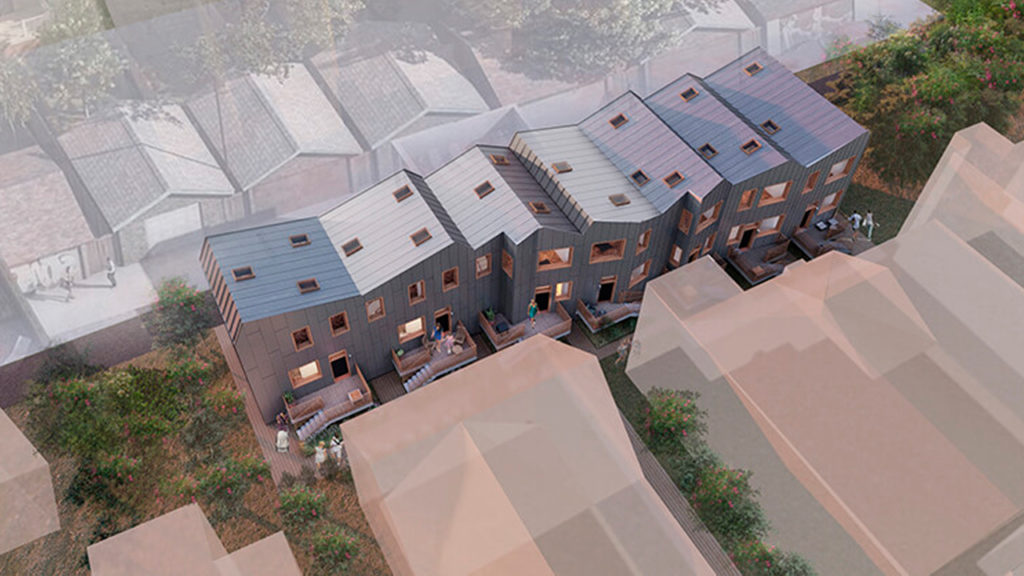 A developer is proposing to build six townhouses in an Annex laneway after earlier plans to build an apartment building had to be scrapped.

The proposal for 661-665 Huron Street by Originate Developments calls for six three-bedroom townhouses behind two buildings that have been protected by the city due to a heritage designation.

The site would hold 25 units total when the 19 units from the two heritage buildings are taken into consideration.

That number is down from an originally proposed 48 units within a four-storey building that would have replaced the heritage homes if it weren’t for their designation late last year.

The community rallied to save the homes with an online petition that received 7,700 signatures.

According to the petition, the two homes were used to house hundreds of girls from the U.K. who emigrated to Canada between 1923 to 1932.

“It is a historically significant building representing an important period in Canada’s early development as a nation,” the petition reads.

Due to the designation, the developer is now proposing to replace a parking lot in the back with townhouses and leave the heritage homes intact.

While the city has made it easier for homeowners to create laneway housing by removing the need for rezoning or gaining approval by the city’s Committee of Adjustments, local councillor Mike Layton said that this project is not considered laneway housing and so it does require rezoning.

Usually, there is one laneway house to one “parent” house, but this project would see three of them per “parent,” Layton said.

“But certainly it’s in keeping with the spirit of the laneway houses,” he said. “I don’t see anything else working on the site, given city planning has said you can’t demolish the building.”

However, local residents are still concerned there won’t be enough space in the back alley given the removal of the parking lot.

“There’s not a lot of room back there,” said Terry Montgomery, the vice-chair of the Annex Residents’ Association (ARA). “Our concern is with it being a bit crowded.”

Montgomery said that the project will remove a number of trees but there won’t be room to replace them, and there is also concern over garbage removal.

The project should receive a report by city planners in the next six months or so, according to Layton, and then it will go before Toronto and East York Community Council.