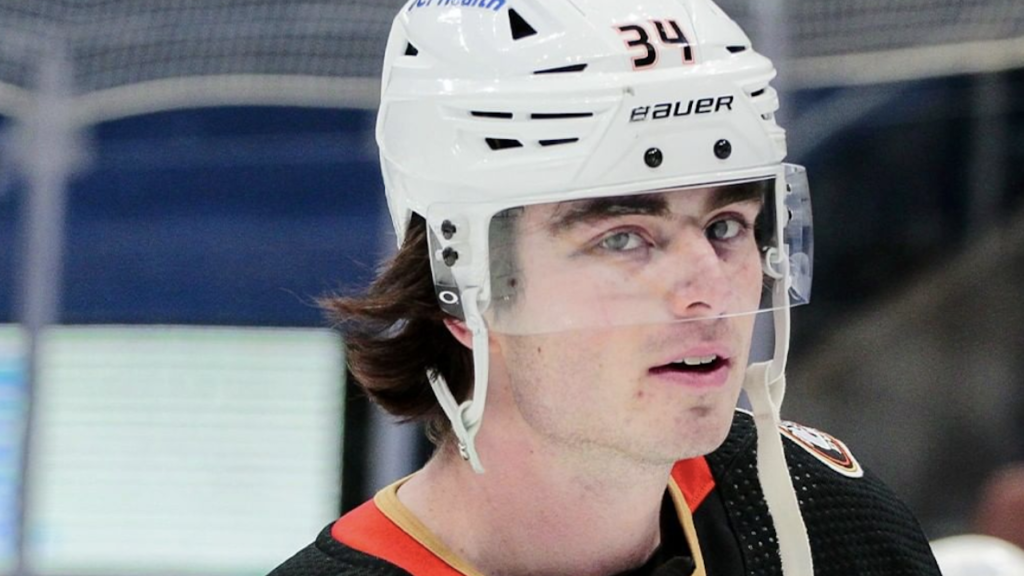 Jamie Drysdale and the Anaheim Ducks rolled into town last night to take on the Toronto Maple Leafs. The Ducks, a Western conference NHL team, have not been here since before the pandemic. Last season’s games were division-only in a shortened campaign, which ruled the matchup out.

While the Ducks fell 4-3 to the Leafs in a shootout loss, it was still a triumphant return for Drysdale. The young prospect was drafted sixth overall the 2020 NHL draft, which took place after the Ducks’ last game in Toronto. Until last night, Jamie Drysdale had never been back to his hometown in an NHL jersey.

The 19-year old is receiving a lot of attention among NHL analysts in his rookie year. He has 18 points in 44 games this year (an impressive statistic for a defenseman, let alone a rookie). Drysdale is also one of three Ducks to play in every single contest this season.

Drysdale grew up around Yonge and Lawrence, and a group of his friends and teammates gathered to commemorate his first NHL game at Scotiabank Arena. They included Jamie Drysdale’s dad, Gary, some of his former hockey coaches, and parents of Jamie’s former teammates. Ira Grossman organizes an outdoor winter game for the group of young players, born in 2002, each year, and attended the gathering at LOCAL Public Eatery at 180 Laird Drive last night.

“‘Chasing the dream” or ‘living the dream’ can describe many kids as they begin their minor hockey league career, in the hopes of one day lacing it up in the NHL. Long, long odds indeed, but it can happen,” Grossman said. “We had planned on being at the game in person but, because of Covid, this is the next best thing.”

Grossman, Drysdale’s parents and other parents have stayed close for 15 years. Many of their children are now playing in university, in the OHL or in other junior leagues. But, one thing is for sure: they are all very proud of their friend and teammate.