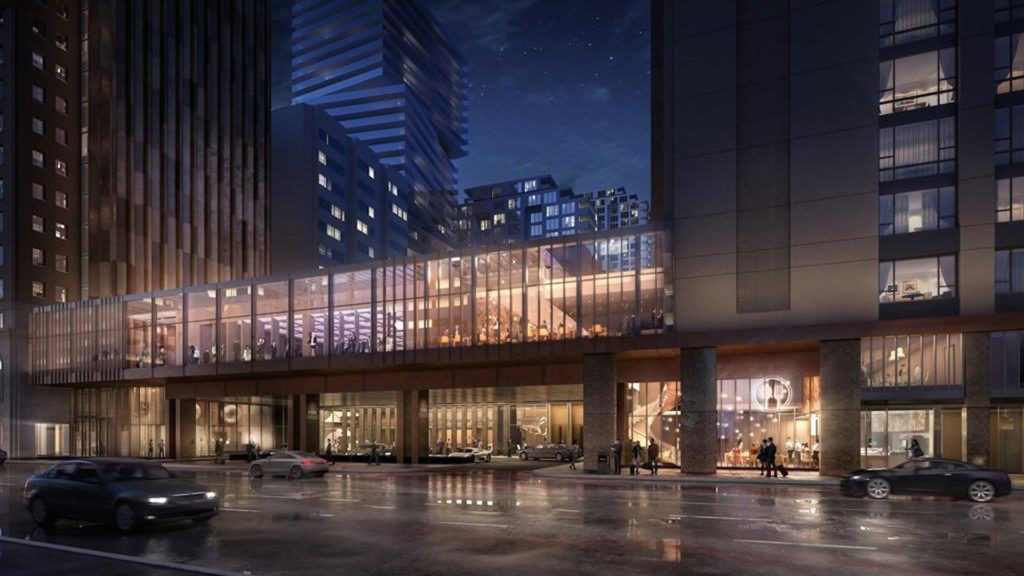 The Park Hyatt, one of Yorkville’s swankiest and best-known luxury hotels and cocktail bars, is set to reopen in September following a multi-year restoration project.

The former 18th-floor cocktail lounge of the Park Hyatt Toronto is well-known to literary fans. The iconic rooftop bar was featured in Margaret Atwood’s Cat’s Eye (1988) and has long been a meeting place for writers and agents. The lounge has been closed while undergoing significant renovations. It will reopen to the public this coming September with a tiny change — the iconic bar is now located on the 17th floor.

The popular bar has been aptly named the ‘Writers Room’ and has been a beloved spot frequented by Canadian literary giants including Atwood, Adrienne Clarkson, and Mordecai Richler. The cocktail bar has been redesigned to mimic a classic cocktail bar, complete with all the hues and skyline views you’d expect when sipping scotch and discussing life’s details.

The bar was also home to legendary bartender Joe Gomes, likely the best-known mixologist in the city for decades. At last count, he’d been at the bar for 53 years.

The hotel will also announce a new culinary destination in the coming weeks.

“We felt a deep sense of obligation to create a destination that not only respects and embraces Park Hyatt Toronto’s storied history, but one that also reflects Toronto’s emergence as a truly global city,” said Tyler Seaman, head of hotels and multi-residential, North America, at Oxford Properties. “This project is a celebration of the best of Canada. It’s reflected in its design palette, which is influenced by the Group of Seven, the curated art on display, and right down to the materials we used including limestone-flooring from Owen Sound. It will be one of the best hotel experiences in Canada and the finest address in the city to live at.”

Cocktail bars aside, the newly designed hotel will also feature 65 guest suites and luxury rental apartments in the building’s historic south tower. The main building will include 219 guest rooms and 40 luxury suites. Twenty thousand square feet of retail space above the south tower will also help kickstart the city’s economy and be a shopping destination for tourists and locals.

The new retail space will stretch 100-feet along Bloor Street and Avenue Road and span two floors in South Tower. A newly renovated spa and wellness centre is also part of the redesign and will include luxury offerings for guests or day-trippers.

Guests will be greeted by a permanent art collection that includes work from Indigenous and Canadian artists. The newly restored hotel will open this coming September.