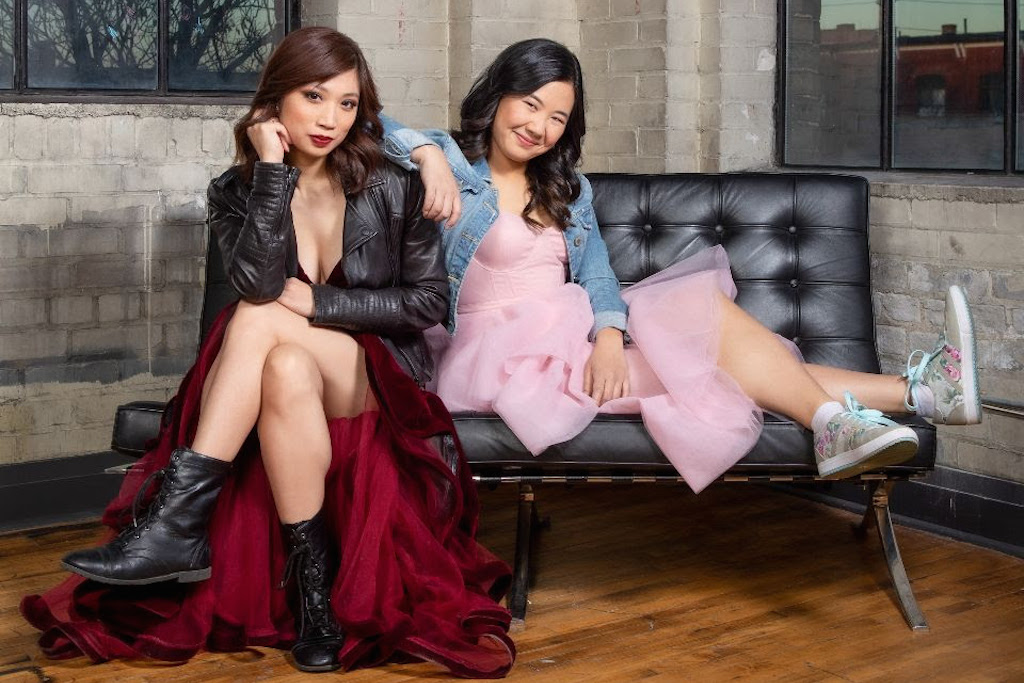 Local actor and screenwriter Amanda Joy is the co-creator and star of Second Jen. The season three premiere kicks off Sunday, Feb. 14 at 8:30 p.m. on OMNI Television. The series, which features an all-female creative team, follows the friendship of Jennifer ‘Jen’ Wu (played by Samantha Wan) and Jennifer ‘Mo’ Monteloyola (played by Joy). Here we look back at a profile on Joy from 2016 just before she launched the series.

Amanda Joy’s 2016 is off to a busy start with four lead roles in four screenplays that she wrote, not to mention her first foray into directing and producing a television pilot.

The Cardinal Carter Academy for the Arts grad has stayed true to her passion for filmmaking in the years following high school.

“I worked really hard at my film and music courses. As a student, in my mind, these constituted my real life education,” says Joy.

She chose not to book any film and television roles throughout high school, even though her career began at age eight.

“I started off as a child model and then as an actor. I was in a film when I was about eight that did really well internationally,” she says. The film, Little Moments, aired at Dublin International Film Festival, Sprockets Film Festival and on CBC.

Her knack for acting came early, but it was her talent in screenwriting that caught her off guard. Throughout high school, she would write scripts because she needed to shoot films for class. After graduating, she attended Ryerson University and majored in arts and contemporary studies, while continuing to audition.

“I was on set for a pilot, and they asked me to do some improv, and I have a background in improv as well. Then they asked me if I could send them some scripts, and it had never hit me consciously that I had written so much,” says Joy.

This year, her writing credits will include a television pilot, Quota, and a short film, The Magpie Bridge.

Along with her Quota co-creator, Jacob Duarte-Spiel, Joy has launched an Indiegogo campaign for the pilot. The cast includes standup comedian Ali Hassan, Clara Pasieka from Reign and Maps to the Stars, Allana Reoch of the Sketchersons and Gemini Award–winner Shawn Lawrence.

Quota is a workplace sitcom that follows a half-Jewish Caucasian man who ends up supervising an affirmative action department. The series shows how the marginalized staff members navigate office politics together and how they all learn what life is like from each other’s perspectives.

“I think the job of comedy is to criticize society in a way to inform people on how others’ experiences are affected by the institutions that currently exist,” says Joy.

Being an Asian-Canadian actor, she says she pulled from a lot of her own experiences.

“In the last couple years, we’ve seen really big strides in terms of [filmmakers] creating opportunities for actors of colour,” she says about how the film industry has evolved throughout her career.

The Magpie Bridge is based on an East Asian legend of star-crossed lovers but is set in the aftermath of the Vietnam War in a Toronto housing project.

“Screenwriting and acting for me are one and the same. They’re quite different, but I consider them storytelling, and that’s what the job is,” says Joy.