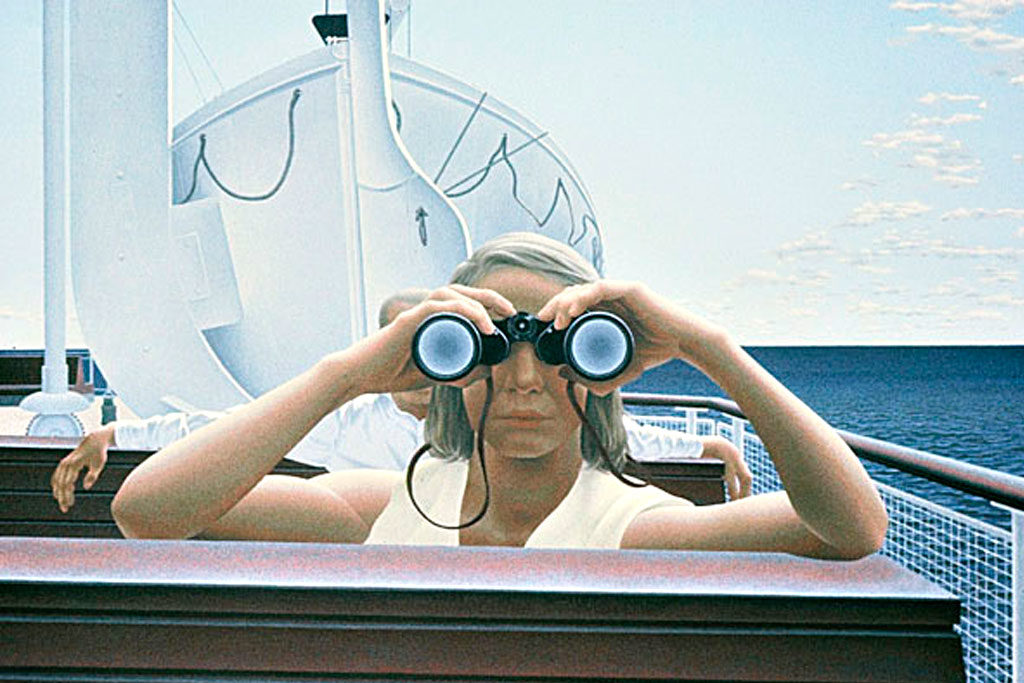 The Mira Godard Gallery will exhibit Canadian artist Alex Colville‘s paintings directly from the Colville estate on April 3, 2021. This show will be the first exhibition that will showcase Colville‘s earlier paintings.

He is also the artist responsible for the 1967 coin designs, including the famous coin designed in the Queen’s image.

Colville was born in Toronto and began his artistic career in earnest while at Mount Alison University in New Brunswick, where he also taught art and art history from 1946 to 1963. He continued his work as a full-time artist moving to Wolfville, Nova Scotia in 1973.

He had a long and distinguished career before his death in 2013 and is easily one of Canada’s most treasured artists.

Some of his earlier works include various studies, figures, and wildlife scenes. The series also consists of some of the artist’s sketches that are fascinating to look at compared to the final work. All of these works can be seen on the Mira Godard Gallery website.

This new Alex Colville exhibit will be open to the public and will include an opening reception on April 3. To find out more information about the show or how to view Colville’s paintings, visit the gallery website.