Even this developer is against Ontario's controversial, Greenbelt-trampling Bill 23 - Streets Of Toronto
Skip to content 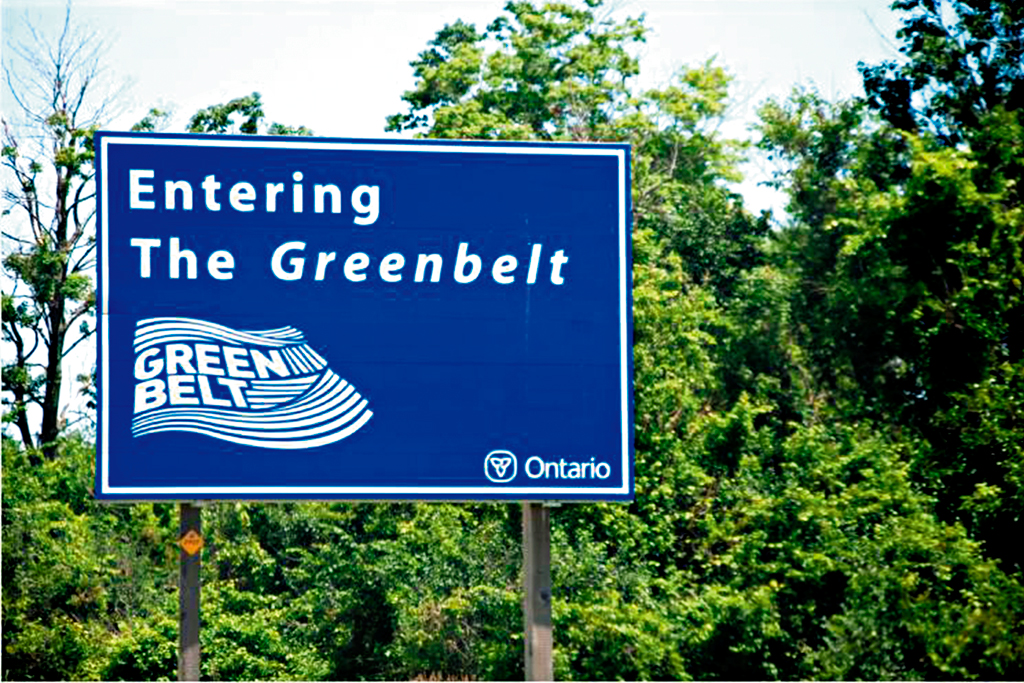 This week marks the deadline for consultation around Ontario’s Bill 23: More Homes Built Faster Act, and opposition has been fierce. And, it isn’t just environmentalists, concerned local residents, or any particular group raising serious concerns over the bill that removes a ton of environmental regulations in addition to opening up development on Ontario’s Greenbelt, and other massive changes to the Planning Act. Case in point, Mazyar Mortazavi, the president and CEO of TAS, a Toronto-based developer, with an active pipeline and portfolio totalling close to 6.5 million square feet across 21 properties throughout the Greater Toronto Mississauga and Hamilton Area. StreetsofToronto spoke with Mortazavi about his issues with Bill 23 and why developers don’t have to ditch social and environmental responsibility to build homes.

You are a developer in a province with a leader that seems fine with paving over everything and throwing out various environmental measures to build more homes. One might think this would be a dream scenario for developers, but you don’t, why?

I think we have to have a generational regard for the decisions that in consideration of our building are going to have an environmental impact. While I’m a huge advocate for and a big believer that we need to address our housing issues, it can’t be without regard for broader impacts and implications at the same time.

What do you foresee happening if Bill 23 goes through as is?

In consideration of the fact that these things go through a number of iterations before we land on the final version, we haven’t really gone through the depth of assessing. But out of the principle of wanting to ensure that regard needs to be had for more than just the housing but the implication that the delivery of that housing brings along with it.

The climate crisis is the biggest issue on the planet. How much of an impact does the building industry have?

It is somewhere around 40 per cent of our greenhouse gases that are attributed to our buildings. Now, that’s a very sort of generic and large number. It’s for all buildings as they exist. It doesn’t account for the improvements in the way that we’re building. So it’s accumulative. And so we have to be careful. You don’t want to throw the baby out with the bathwater. But the reality is that buildings are contributors. And so the regard for how we do that is critical. And then that ties into a multitude of different things, which is to say that we need to leverage existing infrastructure, we need to lessen the footprint. And we need to take that holistic view. And it’s in that consideration that we need to be thinking about the impacts of how these policies land.  Often, as we strongly believe, it’s the unintended consequences of a policy that needs to be considered as much as the intended consequences.

What policies do you think are most effective in terms of dealing with the impact of development on the environment and climate change, given the province seems intent on removing most?

The Green Building Standard in Toronto has been mentioned as one policy that could be cut as an unintended consequence of Bill 23. Is that policy one you see as being very effective?

Yes, exactly. That’s a perfect example. We just have to make sure that doesn’t become an unintended consequence of the bill. And so ensuring that we’re able to actually preserve green building standards and continue to encourage the building of more responsible buildings.

Does your company have its own climate targets or net zero commitments?

How else can Ontario build this number of homes the government is proposing?

Listen, it is a huge number. I think it has a lot to do with consideration towards our labour pools. And I also think, and in conjunction with that, it’s thinking about innovations in technology where we begin to think about manufactured housing in different ways. We need innovation to solve the problem. Trying to continue to do what we’ve done isn’t going to get us there. So we need to do it differently.

Have you had the opportunity to speak to anyone in the provincial government about Bill 23?

We’ve been engaging indirectly and we are willing and wanting to continue to support how we deliver housing in the city in a thoughtful and multigenerational way.

You are one development company. Can you give me a sense of how many others think like this in terms of Bill 23?

I think, with all sorts of policies, you’re going to get a breadth of views from across the spectrum. And so I don’t think I’m in a position to be saying, well, everyone does. But I think we’ve always positioned our view that we’re an impact company that leverages real estate as a tool so that we can deliver impact. So we’re as much about financial returns and profitability, as we are about delivering with purpose and impact to society. And we’ve been able to demonstrate as a company, that the two are directly correlated. You don’t need to separate one or do one at the expense of the other.